Network Marketing Recruiting in Other Countries 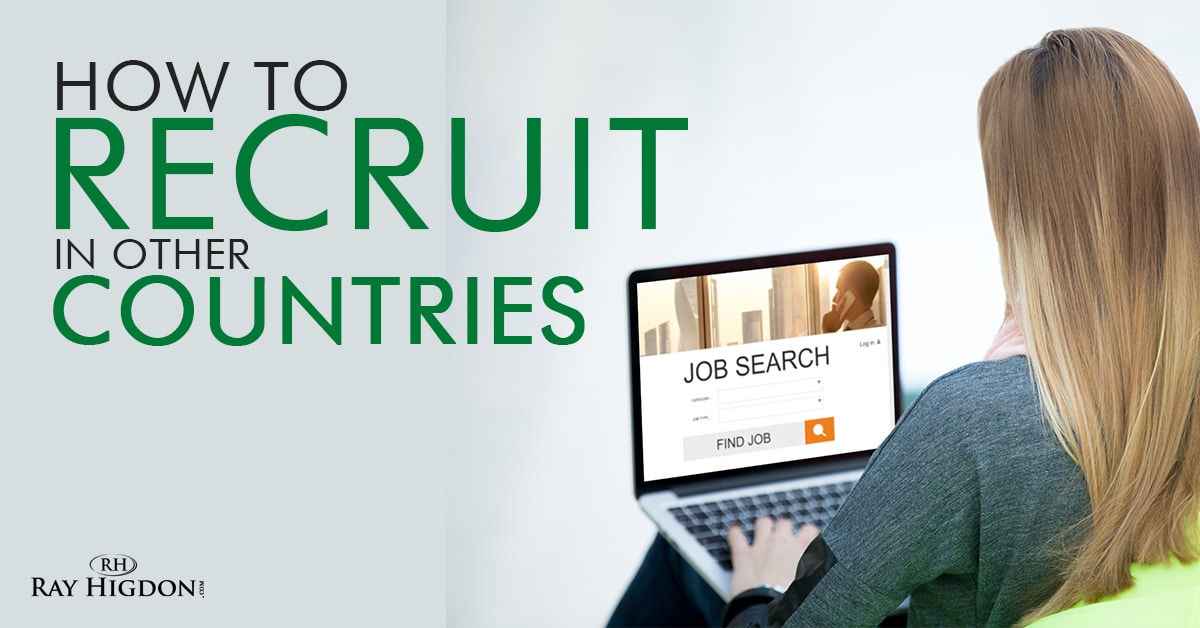 This post is how to implement network marketing recruiting with people outside your country. Often when a company opens in a new country people scramble to recruit in this new territory.

Will I See You?

Off to the UK!

Today’s topic is appropriate as I am flying over to Manchester, UK in a few hours to speak to a large group over there. IF you would like to have me speak for your group, team or company, Click Here to Learn More

Network Marketing Recruiting in Other Countries

First of all, I would just say that I don’t know that I would focus your network marketing recruiting efforts on people outside of your country full time.

We recruited quite a few people outside of our country and outside of our state and outside of our city. I always looked at it as if recruiting someone was one point, then recruiting someone local was two points. I really valued people local to me, because I could invite them to team BBQ’s and pool parties. We could get to meet eye to eye. I could invite them to meetings that we were doing. Sometimes we always desire the thing that is farthest from us. I would just encourage you to embrace that if you’re wanting to sponsor in a particular country, don’t stop attempting to sponsor in your local area.

Now, I’ll tell you what most people do. Here’s what usually happens. A network marketing company opens up in Kazakhstan and everyone rushes to do ads targeting Kazakhstan. I want you to just think about that just for a second. Imagine if there’s a company in Asia, and they’re opening in America. Do you think they should think, “Oh, I’m going to target America.” Is that really targeting?

I think some people, they forget that there’s usually millions and millions of people in any given country. When you rush to do ads, I want you to think about one thing. Do those ads work in America? If they don’t, they’re probably going to work even less in that other country. Just be aware of that.

Here are some more resources that may help you:

How to Work with Long Distance Teammates

When to Travel to Work with your MLM Team

Was this helpful? If your company just opened in a new country, get this blog in the hands of your reps and let them use the tactics to crush it with their network marketing recruiting efforts!