How To Get Others To Support Your Network Marketing Dreams 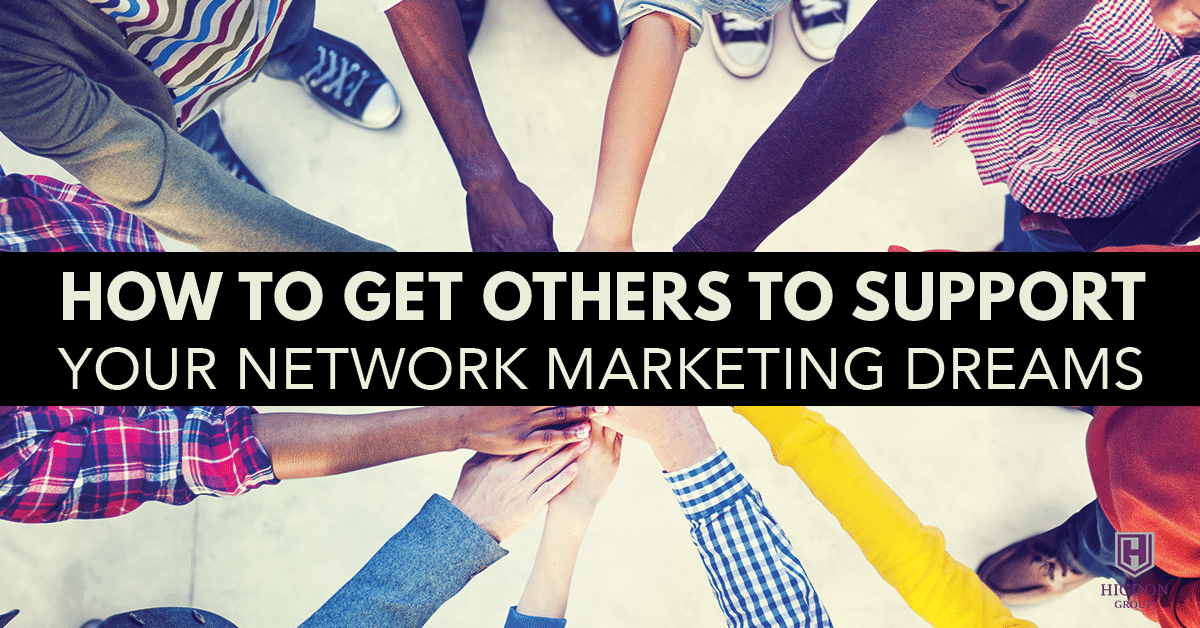 Want others to believe in you and your network marketing business?

Here’s a training where I share exactly how to get others to support and believe that you are going to crush it.

How To Get Others To Support Your Network Marketing Dreams

As we gear up for Top Earner Academy (February 9th-11th, in Orlando, FL), I thought this may help you in your network marketing goals.

I think expectations are such a big deal.

Network marketing is without a question of a doubt a much less risk and less overhead than other kinds of businesses. It’s just a fact. That’s not arguable.

But I think people sometimes use our low barrier to entry in the wrong way. There have been many, many times I’ve thought that every network marketing company should be at least 10 grand to join. So, people might take it a little bit more seriously.

Well, anyone can do this, not everyone will.

Not everyone will have the desire level, the coachability, the attitude, the energy to show up and actually make this successful.

Theoretically anyone could be a professional sports player. Not everyone’s gonna show up to practice every single day. It’s just not gonna happen.

The two words that I embrace the absolute most are the words until and despite.

When I got serious about network marketing, I told my girlfriend at the time (now my beautiful wife),  “I’m going to do this until it works and my guess is two years.” I told her that for two years relationship with me was going to suck. That’s what I told her.

I told her I was going to do this until, and I kept my word.

How To Get Support From Spouse

Some people that’ll tell me, they’re like, “Man, if only my spouse was more supportive.”

You might be showing up, you’re going to the parties, and the events but you’re not doing the actual prospecting. You’re NOT doing the work.

I don’t believe that we should feel entitled that because there’s a wedding ring we have an endless supply of support regardless of our activity.

I’ve seen it 100% of the time. I’ve never seen it where non-supportive spouse, all of a sudden you’re making six figures and they’re still non-supportive. They’re like, “I always believed in her. I was her biggest fan.” Once you made it, right? I’ve seen it.

You want support from the spouse, go make lots of money. Go kill it, crush it, and if you got to get up at 4 am instead of 5 am, do it. Do it. Spend an hour sending Facebook prospecting messages. Stay up later. Contact a different time zone. There were times when I couldn’t prospect anyone in the Eastern timezone so I called Pacific, or I called Hawaii. You want more support, go get it.

It goes the same way in any circle. Goes the same way with your upline. You want to earn their respect, you want to get them to listen to new ideas to work with the team, go kill it. Go kill it without them. Don’t require them.

If you enjoyed this post about How To Get Others To Support Your Network Marketing Dreams, retweet and comment please