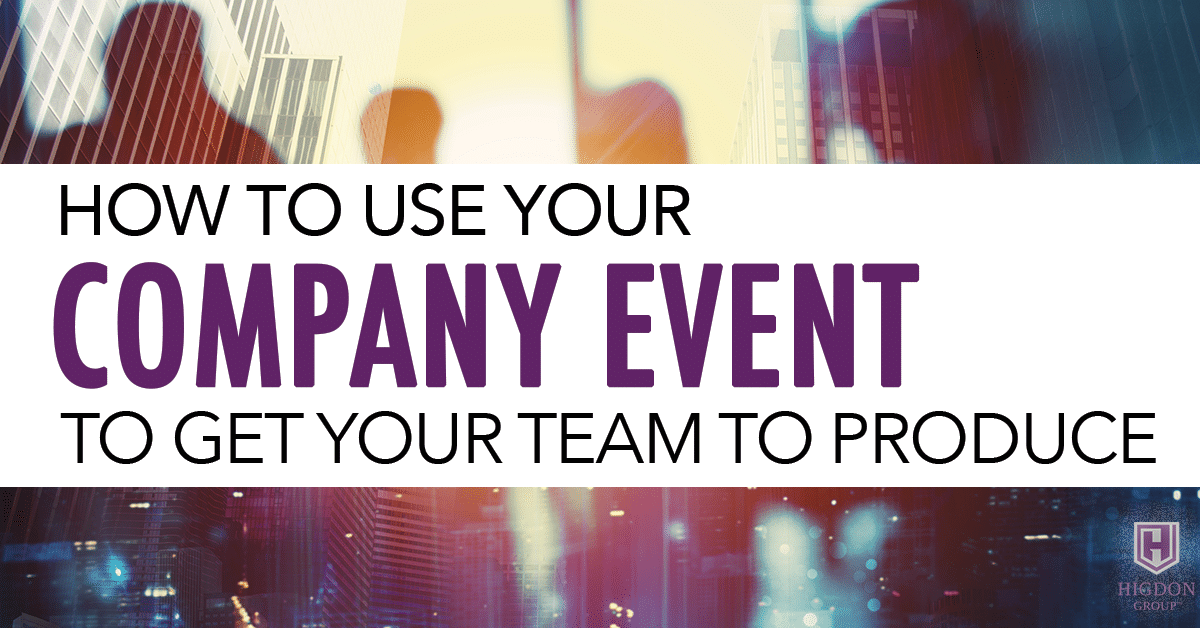 Do you have a company event coming up?

Here I will share how to leverage your company event to get your team producing WAY more.

How can we get the most momentum out of a company event?

It’s surprisingly simple, but it has to be calculated.

So, most company events do their job. They fire people up. They’re good, they get people excited, they renew the vigor of the people in the company.

Where they usually fall short is they fall short in getting people to do one thing, that if done, they would really rock and roll with momentum. And, that is having them fill up their calendar.

You can have your team fill up their calendar in a few different ways.

The most important thing about an events, is having your people and you, structuring something. Get them actually filling out their plan of attack.

So, what’s going to happen the first 14 days of being back from a company event?

I’ve found that one of the best things that you can do after a company event, run a mini contest.

This is best to get people to commit at the event.

Here’s what that would look like. A lot of network marketing company events they go Friday, Saturday, Sunday. I like to schedule a team kind of get together on that last day of the event. We get everyone together, and we say, “Okay, we’re going to do a 14 day contest.”

We’ll always get them to commit while they’re fired up, to a 14 day contest.

So, that would be like a pre contest model, rolling into a contest.

Another way could be, “Hey guys, I’m going to do a webinar on Thursday, make sure, let’s get as many people as we can on that webinar.” That would be better than most, but it’s still not as effective as a pre contest.

So, if your contest creates a “why bother” kind of mentality then it’s the wrong type of contest.

Your contest should get a lot of people doing a little bit.

It should fire up your top recruiters and maybe get them do a little bit more, but that requires less of your attention.

What requires more of your attention is getting those who aren’t doing anything, to do a little bit.

If you enjoyed this post about How To Use Your Network Marketing Company Event To Get Your Team To Produce, retweet and comment please