MLM Recruiting: What To Say When They Don’t Have The Time 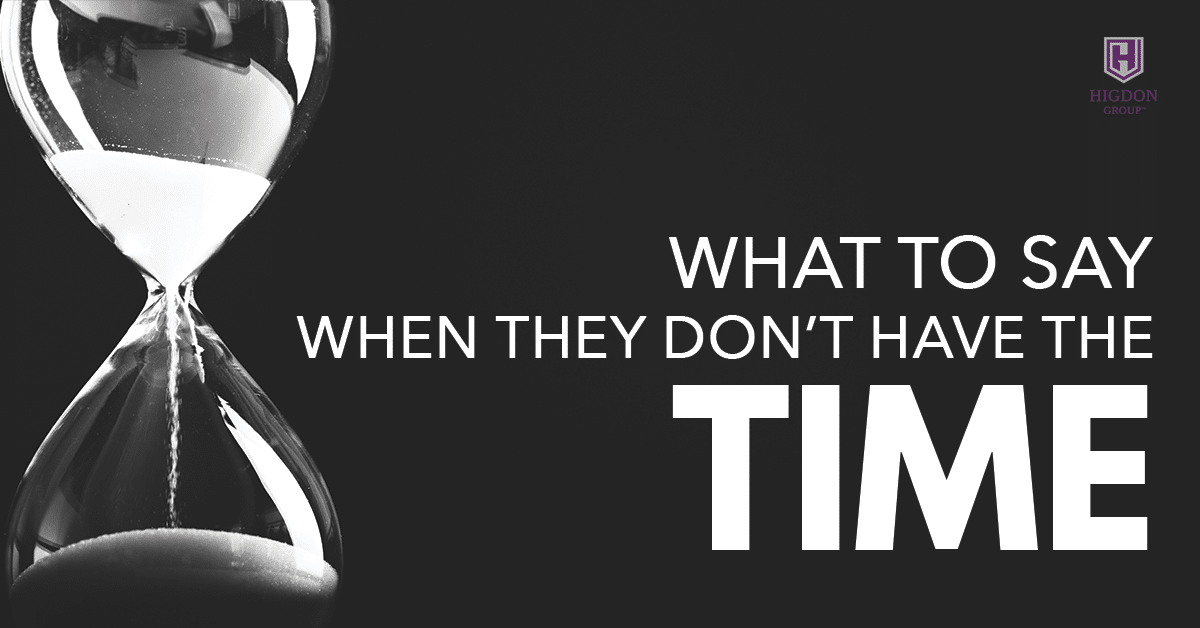 One of the most common objections you will hear in MLM recruiting is they don’t have the time to build a business.

Today’s show will share with you how to handle that objection effectively.

MLM Recruiting: What To Say When They Don’t Have The Time

Usually I hunt for people who don’t have much time.

The person that has too much time on their hands will probably continue to watch a lot of Netflix and lounge around and not be busy.

The busiest people are the best people to approach about your network marketing business.

All the time, always.

When I would prospect someone and they would say, “Ah, I’m just so busy, and I just don’t have the time.” This is exactly what I would say.

I would say, “Well, with what you’re doing right now, is it possible for you to ever free up time?”

I would say, “Well, with what you’re doing right now to make money, because you are obviously busy, need to work because you’re working because you’ve got to pay bills. Is that correct?”

And I say, “Okay, so in the way that you’re currently working, is there a possibility, even, of you ever gaining more time?”

I say, “Well, let me give you an example. In network marketing, five years ago there are people that I brought into my business that I’ve gotten paid on every single month. Whatever they order each month, I’ve been paid on.

Because if all of a sudden I have thousands of dollars coming in each month whether I work or not, then that, allows me to make different choices. And, so the question for you is, with how you make money, is that even a possibility? It may not be my thing, but you might want to look into network marketing.”

Now, this is the ultimate out, because most network marketers are so scared and rigid around telling people that there are other options out there, and so they would never say there’s other things out there.

They would say, “Well, mine’s the best. Mine’s ground floor, patent pending, no competition. Mine’s grassroots.” None of that nonsense anyone cares about.

So instead of that, say, “Hey, listen. If that’s not even a possibility in your life … Hey, maybe it’s not mine. I don’t know, but you might want to look and find a company because I wouldn’t want to have to constantly trade time for dollars. I wanted to create a way where I would have more dollars coming in whether I put in more time or not.”

If you’re arguing for a new shift around making money and freeing up time, then you have the chance to really cause a breakthrough.

If you enjoyed this post about MLM Recruiting: What To Say When They Don’t Have The Time, retweet and comment please