How To Get MLM Prospects To Actually Commit 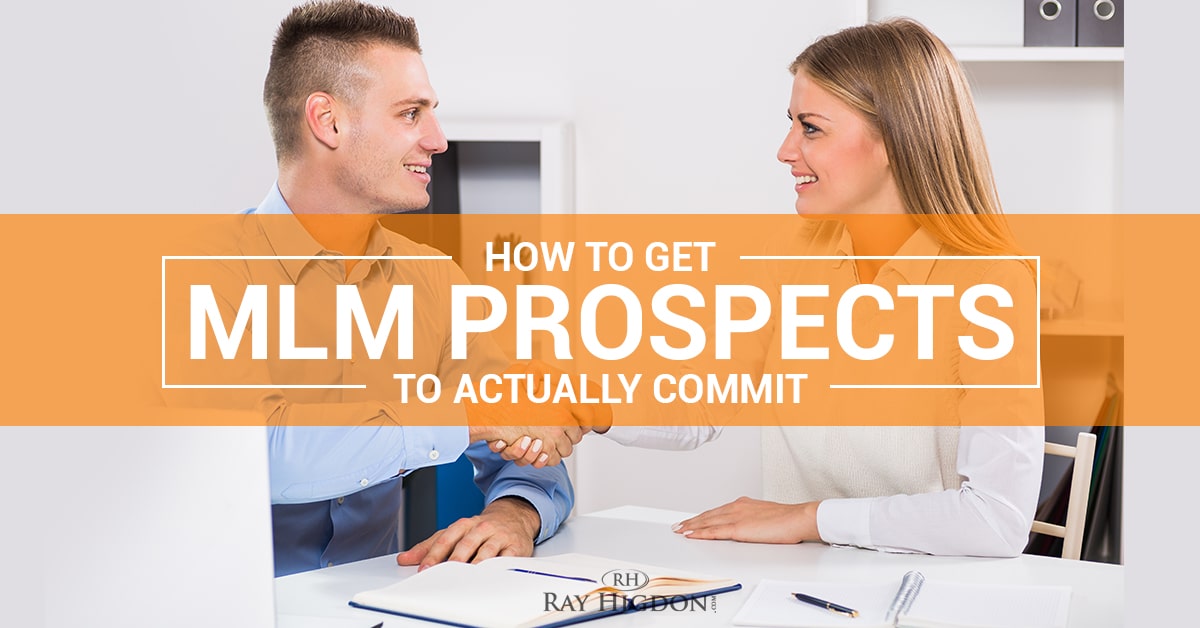 In this post I will share my EXACT Script to use when talking to MLM Prospects and get them to actually commit.

Getting MLM Prospects To Commit

Me and a partner years and years ago, we bought an advertising franchise. And there was a sales trainer at that franchise that he said something that I think was funny, but also true. He said, “Yeses and nos are fine, but maybes starve babies.”

What he mean by that? Maybes can screw us up because we almost count that commission.

We almost count that bonus. Someone says, “Yeah, I’m really interested. You know, I’m ready to do it, but, uh, just not right now.” In our head, we’re like, “Ah, SWEET. There’s one down,” but it’s NOT really. They haven’t actually signed up. You haven’t actually generated a bonus or anything like that. They haven’t purchased any product. It’s tough.

I’ll tell you if there was one mantra that I could give you when it comes to building your network marketing business and in relationship to prospects. It would be SAY LESS to more people.

Too often, we spend too much time with a prospect who’s never going to join. My suggestion to you is for you to take the control back. You sound like a whiny ex-girlfriend when you’re following up with someone who keeps telling you they’re interested, but not committing. So don’t do that.

What To Say To Prospects Who Aren’t Committing

My suggestion would be if you followed up with someone maybe two or three times and each time they’re saying how interested they are, but they’re not committing, I would say something like this.

I would say, “Hey, uh, you know, I’ve been following up with you for a little bit, and to be honest, it sounds to me like this might be something that just isn’t a fit for you, which is totally cool. We can still be friends. Still love you. But, listen. I got a lot of people that I’m talking to and I really have to prioritize my time. So, you know, I’m just going to assume that this just isn’t a fit for you and I’m going to help you with that decision. If it ever does change, of course, I’m right here. I’m more than happy to chat with you and share any information that, that you may need.”

A Couple Things Will Happen:

Just take the power back and know that you control it. You control the conversation, not whether they join or not because you can’t control people.

You can’t make people make a decision when they’re not ready to. But you can control your time investment with them as a prospect. That you can absolutely control and I would suggest you do that.

If you are serious about recruiting, here are some resources for you:

How To Attract and Recruit Strong MLM Leaders

More on Cold Market Prospecting – Register for this Training

What did you think of that? Did that help? Let me know what you think in the comments below. Be sure to share this with your teammates!
Did This Help You? If so, I would greatly appreciate it if you commented below and shared on Facebook