Surefire Way to Boost Your Confidence In Your Business

Surefire Way to Boost Your Confidence

Having confidence in your network marketing business is crucial when it comes to building your business. Here is a surefire way to boost your confidence and continue to bring people into your business. 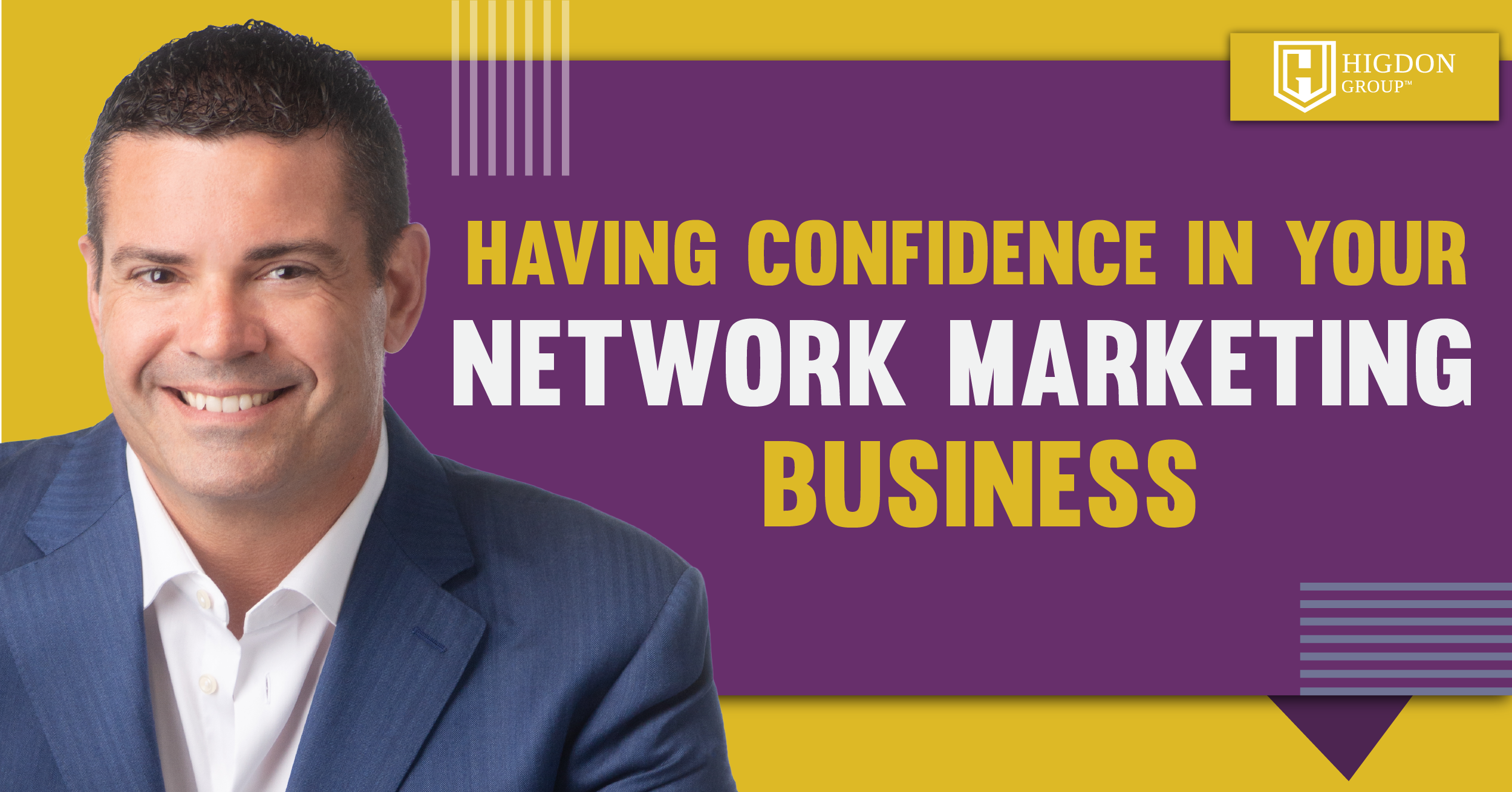 Having Confidence In Your Network Marketing Business

Staci: “I signed up a bunch of women to my company. None of them followed up or could be bothered to do the business, nor buy the products. Since then, I’ve lost confidence on how to work the business.” Ah, Veronica. “But I love network marketing.”

There’s so many layers to this question. So let’s see if we can tackle this for you, Veronica. Congratulations that you were able to recruit so many people to your team. Please realize that there are a lot of people who never even get that far. So pat yourself on the back that you stuck and stayed, and created that, because that’s a testament to, first of all, what you’re capable of.

When you say none of them followed up or could be bothered to do the business, there’s a tiny little mindset trip up that’s popping out, and hit me in the face there. Because it’s almost like you feel, I don’t want to put words in your mouth, but the words that you chose makes me feel like you feel almost like you’re taking that personally, that they couldn’t be bothered.

For the most part, with people, it’s not that they couldn’t be bothered. Again, it comes back down to 80-15 and five most of the time. So if you were to look at the group of people that you brought into your business, Veronica, and you use the 80-15-5 rule, 80% are going to have a desire level to make zero to $500 a month.

That means if you recruited 10 people, eight of them are very, very likely to do little or nothing at all. And that doesn’t mean there’s anything wrong with you. That’s math. So if you look at the group that you recruited, does that math play out, Veronica? Because if it does, it simply means you’re right on target. You’re exactly where you’re supposed to be.

Whether or not they put one foot in front of the other is not on you. You can inspire by leading from the front, but you can’t motivate. That’s on them. They got to motivate themselves.

So I feel badly that you’ve lost confidence, but I hope I can reinstill some of that confidence, by letting you know that it’s very likely that you haven’t done anything wrong. It’s just the math. If you kept bringing new people in, and you kept bringing new blood and new customers, you kept doing those phase one production activities that you should be doing, you would start to see people start to build, as the 80-15-5 played out.

Because the more people you bring in, the more actual people are going to end up doing the business and doing the work. You just have to not give up. It’s when you get to 15 and 20, and 30 and 40, that it really starts to compound.

It’s easy to feel like a failure and to feel like you’re not doing something right. But if you just stuck it out, and realize that the more you put one foot in front of the other, the further you’re going to be able to see you’re going to get those results coming to you, then it’s going to all be well worth it, and all makes sense.

But I hope that you don’t give up on yourself because you absolutely have proven already that you have what it takes. You just have to wash, rinse, repeat for a little longer. Nicole, Mary Kate?

Mary Kate: Always wait to see if Nicole is going to say something first. Don’t let your confidence be tied to anything but yourself. That’s going to trip you up. Your confidence in how you work the business, and what [Staci] said should definitely tweak your mindset a little bit around that.

But your confidence? That’s about you doing the work, you being a leader, and how you show up. It’s not tied to anybody else’s activity. Nicole?

Nicole: Yeah. Everything they said was just spot on. You know, it’s hard, Veronica, to answer it properly because I don’t know if they’re actually making an investment when they join your team. I don’t know if these are cold market or warm market people, and how are you reaching out, where are you finding them? I don’t know any of that stuff, right?

Because when I can show the value and not the cost, and the benefits of the benefits, which is, “This product’s going to help you, and this business can do X, Y, Z.” If you can show them the value of what this can solve for them, which could be debt freedom, it could be a college fund. It could be hair and eyebrow money. And let me tell you how far here an eyebrow money goes, oh, Lord.

They don’t need a yacht and a new house, they need an extra 60 bucks in their budget, so their husband doesn’t have a stroke because they want to go get their nails, their eyebrows or their hair done, and that’s a start. And when they can earn, and it makes them feel good, that’s earned by their own merit, boom, you got someone, Veronica.

It’s the little things, right? It’s the little things, that we can show them the value, instead of the cost. They see the benefit, and they come on, and they make that little bit of money in the first month or two. And then they spend that money, and they know what it feels like. And you remind them of that. And then they realize other people need it, too. It’s small, duplicatable actions.