How to Raise Smarter Children 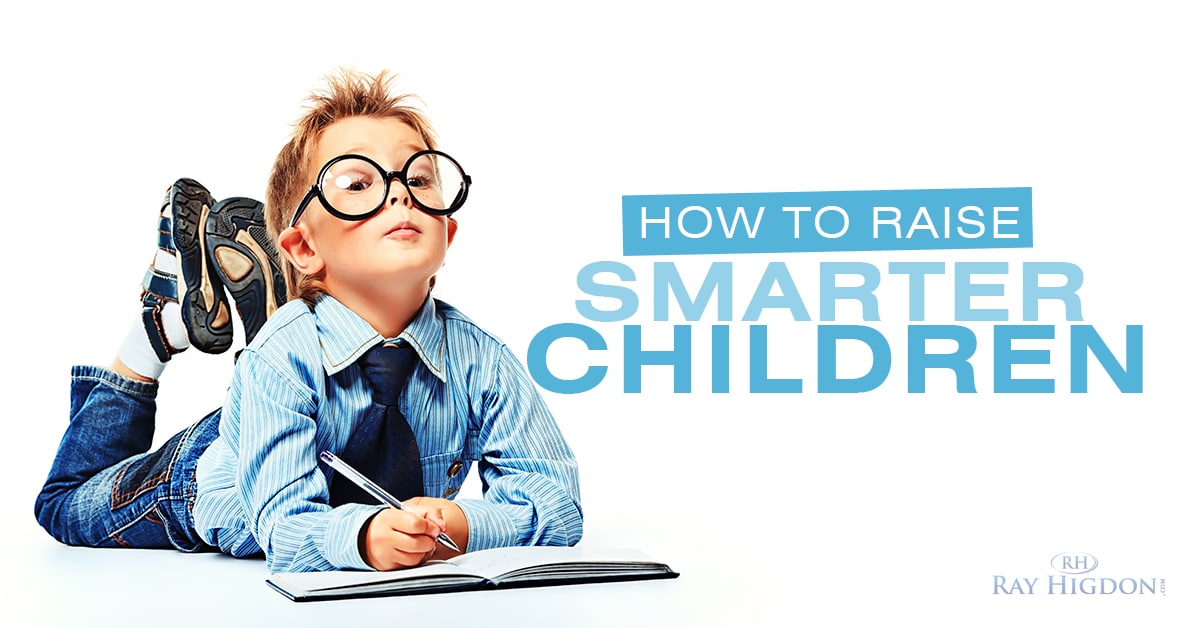 Would you like some tips on how to raise smarter children?

Helping parents raise their kids better is a passion of mine and hope this helps!

On this blog I mainly talk about Network Marketing strategies and tactics so why talk about How to raise smart children?

Since we had our daughter Sabrina I have been very focused on learning all I can as a parent to do as many things to help her while she is growing up.

I have read quite a few books on parenting the last few months and learned a lot so I want to share my findings.

I also believe that MANY of the world’s problems are caused by children not being raised with the right set of values and not being brought up in an education seeking household but instead in a “Think what I think” environment. It may come as a surprise that not all parents know everything and what is right to improve this world but if you raise kids to learn HOW to think versus WHAT to think, there’s a chance!

How to Raise Smarter Children

As some of you know I have three kids. Brandon, 18, just started engineering school at Florida State University, Ethan, 17, is in High School and Sabrina, 11 months, is me and Jessica’s daughter that prompted me to do a deep dive into learning how to be a better parent.

I didn’t want to assume that my years and years of self-development obsession somehow taught me how to raise smarter children so I decided to really study the topic. I read quite a few books that I won’t mention here that didn’t really add anything to basic parenting advice but two books stood out, big time, and I am on a mission to get these books in the hands of as many parents as possible. If you too want the next generation to be the smartest, most able and responsible generation, maybe share this around.

The Two Books I suggest for every parent

The first book that really got me excited was Thirty Million Words by Dana Suskind.

This book is REALLY good and is backed by a LOT of studies.

They found that kids in under-privileged homes heard more negative reinforcement than positive, heard much fewer words and were mainly talked TO versus conversed with.

They also suggested a VERY simple model to follow which is “Tune In, Talk More, and Take Turns”.

Talk more is simply say more words to your children. Their studies found that kids in affluent homes simply heard millions more words per year than those in homes of lower income families.

Take Turns is you not just telling your kid what you want them to do (Put that down, be quiet, go to your room, etc) and instead you ask them questions and get them used to having conversations. 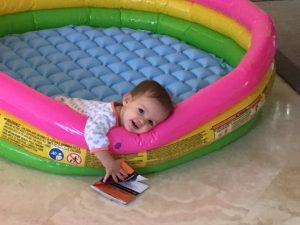 What I have found is when Sabrina was only a few months old I would ask her questions and I watched her eyes light up and actually make little noises like she was trying to answer me. As early as possible, ask them questions and pause to give them the idea that you want to hear from them. For more on this book, again, check my original book review here – Thirty Million Words Review

The Second Book I HIGHLY suggest you read is How to Multiply Your Babies Intelligence by the Domans.

Good lord is this an eye opening book.

I really hope to help them get the word out about this book as their website and their marketing have me conclude they are about the worst marketers I have ever seen unfortunately. When I ordered additional material from their website it took three phone calls to verify my purchase for some reason, if anyone from the Doman institute are reading this, I would be happy to help them with their marketing at no charge.

The Domans have ran “The Institutes for the Achievement of Human Potential” since the 1950’s. Originally started to help kids with damaged brains they eventually figured out that they were taken children with damaged brains and making them smarter than all the other kids so they started training all types of kids.

They have helped teach thousands and thousands of children across the world to read at age one, to be musical instruments phenoms by age 3 and the list goes on and on.

Their work has discovered that from the ages of 0-6 that kids are RELENTLESSLY hungry to learn. On the surface you may say, Oh, sure, of course kids want to learn. What you may underestimate is how relentless that hunger actually is. In those ages they are genetically programmed to desire learning above all else (except maybe eating). They don’t want to play and unwind, they want to learn.

MANY times if Sabrina was upset at a restaurant or something like that, I pick her up and take her around the room pointing to things she has never seen and explain to her what they are and read to her. I’d say 9 times out of 10 she quiets down and listens. Next time your child (under age 6) is acting up, just try that method.

This book WILL point you to their other books and resources they sell of which I don’t think there is anything more important for you to invest in so I suggest go and get them too. (No, I don’t get a toaster or a commission if you do).

Some parents believe that a highly educated child may actually be a problem, get bored in school and act out. This books suggest that is nonsense and that the higher educated your child is, the LESS likely they are to act out. Not too long ago we were in an airport and Sabrina was doing what Sabrina does which is greet, waive and say hello to everyone around her. She is not shy at all and most kids get a little weirded out by her lack of shyness.  There was a another little girl that she was trying to communicate with, maybe a year older than her, and she was pretty shy. When her Dad paid attention to Sabrina and talked nicely to her, the little girl pushed Sabrina (no damage done). I believe that with education, jealousy and possessiveness is diminished.

There you go, this is my little bit to help you parents out there and hopefully the next generation on how to raise smarter children. Let’s raise the smartest generation of kids ever and get all the crazy problems in this world improved, it DOES start at HOME. It is very simple to get pissed off at the different scenarios in the world and play the blame game, let’s look in our own living room before we do that.