How To Overcome Rejection And Become A Network Marketing Success 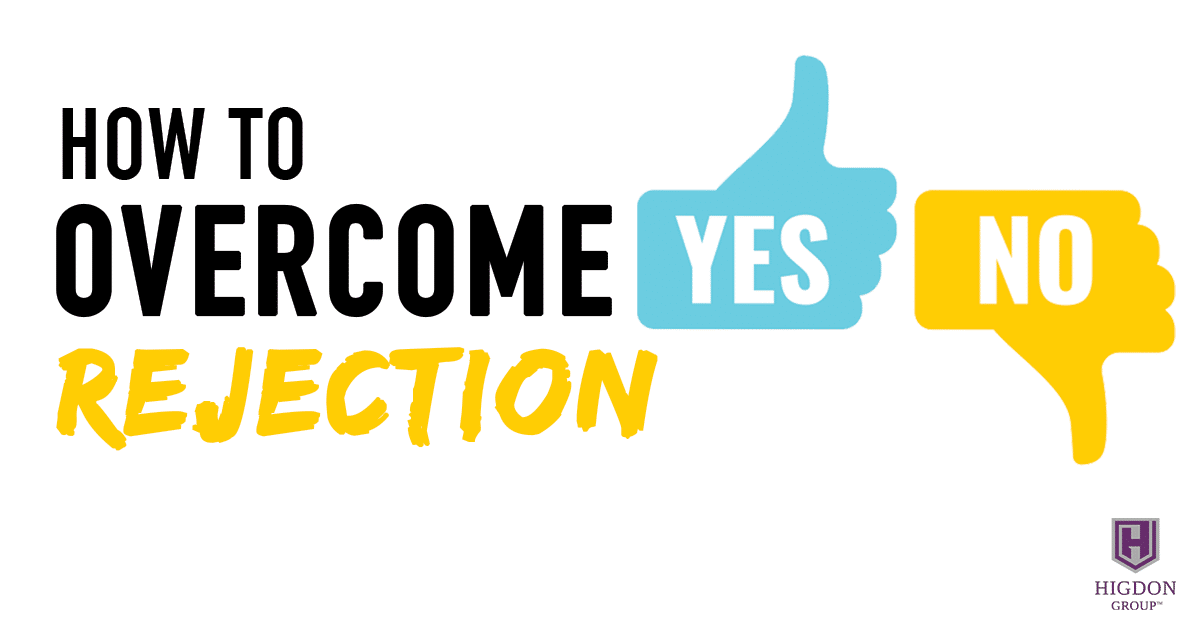 Are you sick of getting no’s?

In this training I share exactly what to do to finally get loads of recruits and become a Network Marketing Success.

1. Look At The Alternative

What’s the alternative of getting no’s?

Not asking anyone anything, not seeing if anyone is open.

If you don’t ask if anyone is open, what’s the result of that? No money, no change, no impact, no improvement, no ceasing of human suffering, no helping people have more energy, save on travel, lose weight, no impact of anybody.

You always want to embrace the alternative.

2. What You Lack In Skill, Make Up For In Numbers

The second thing is what you lack in skill, make up for in numbers.

This is a concept I really embraced at the age of 18. At 18 years old, I got a job at a telemarketing company. It was terrible. I was cursed out about 30% of the time. Where you got no’s, I got cursed out.

People were like “F you, buddy, stop calling me.” I got cursed out about one out of every three calls.

But, I made up in numbers what I lacked in skill, because I was making 450 calls a day.

Could someone make 450 calls in one day? Okay, I’m not saying that’s not possible. I’ve yet to meet a network marketer who makes 450 calls a day. I just haven’t.

I made up for in numbers, what I lacked in skill.

When you do that, something magical happens. It’s really magical. You stop giving a crap about the no’s.

You stop caring so much about the NO from your neighbor, the dry cleaner, or the waiter, or waitress. It’s just not a big deal anymore.

If I look back at that telemarketing job, on a good week, I might make 45 sales. I was making 2,350 calls a week, and my best week would be like 45 sales.

One of the most inspiring people I’ve ever met in network marketing is a million dollar a year earner in his company right now. He got over 450 no’s before he got his FIRST yes.

If you want to know how to get unstuck, go get 450 no’s without complaining about it.

Stop asking about how to get unstuck. Instead of trying to crack the code of getting unstuck, go speak to more human beings. Go ask more people if they’re open without caring if they are or not.

Just try this on for size, I’ve shared this a few times before. But, Elvis, when he went to sing at the Grand Ole Opry, they told him to go back to being a truck driver “You’ll never make it as a singer.” Never make it.

Charles Schulz, his high school paper, wouldn’t publish his work. He couldn’t get a job with Walt Disney. But then, he goes to create Peanuts, one of the most successful comics of all time.

“Ray, I’ve gotten two months of getting no’s, this is baloney. This is malarkey, shenanigans, tomfoolery.”

J.K. Rowling was dead broke, on welfare, single mom, divorced, five years time from welfare before she became billionaire from writing Harry Potter. Why is it okay for her to struggle?

Why is it okay for them to struggle and not you? Guess what? Struggle is okay. No’s are okay. Rejection is okay. You know why? Because it makes your story richer.

Who cares about the hedge fund kid with the silver platter? Who cares? How inspiring is that? It’s not inspiring at all.

I hope, you ready for this? You won’t like it, if you’re not ready for it…

If I was on here and saying “Hey, I don’t know what the problem with you guys is, I just waltz in in Network Marketing and I recruited my first 60 people and here I am, millions.” You’d be like “Ah, great, thanks for sharing, buddy. Thanks for sharing.”

I hope your struggle story is strong, because it makes your inspiration strong.

That’s the problem. You change the way you react to problems, you’ll change your life. Guess what? You’ll inspire a few people on the way.

If you’ve gone through a lot of rejection, it’s selfish for you not to create success. Go out there and get it.

I hope you got  from this, if you did, feel free to share. Drop a comment below and let me know what you think.

Who else needs to hear this? Is there anyone else in the Network Marketing profession that may need to hear at least that last rant? Feel free to share it with them.

If you enjoyed this post about How To Overcome Rejection And Become A Network Marketing Success, retweet and comment please