Overcome Mental Blocks – How Your Mindset Can Keep You From Struggling

Sometimes the way you think can keep you from struggling in life/business. In today’s training, Staci and Nicole will share exactly how to overcome mental blocks and achieve success. 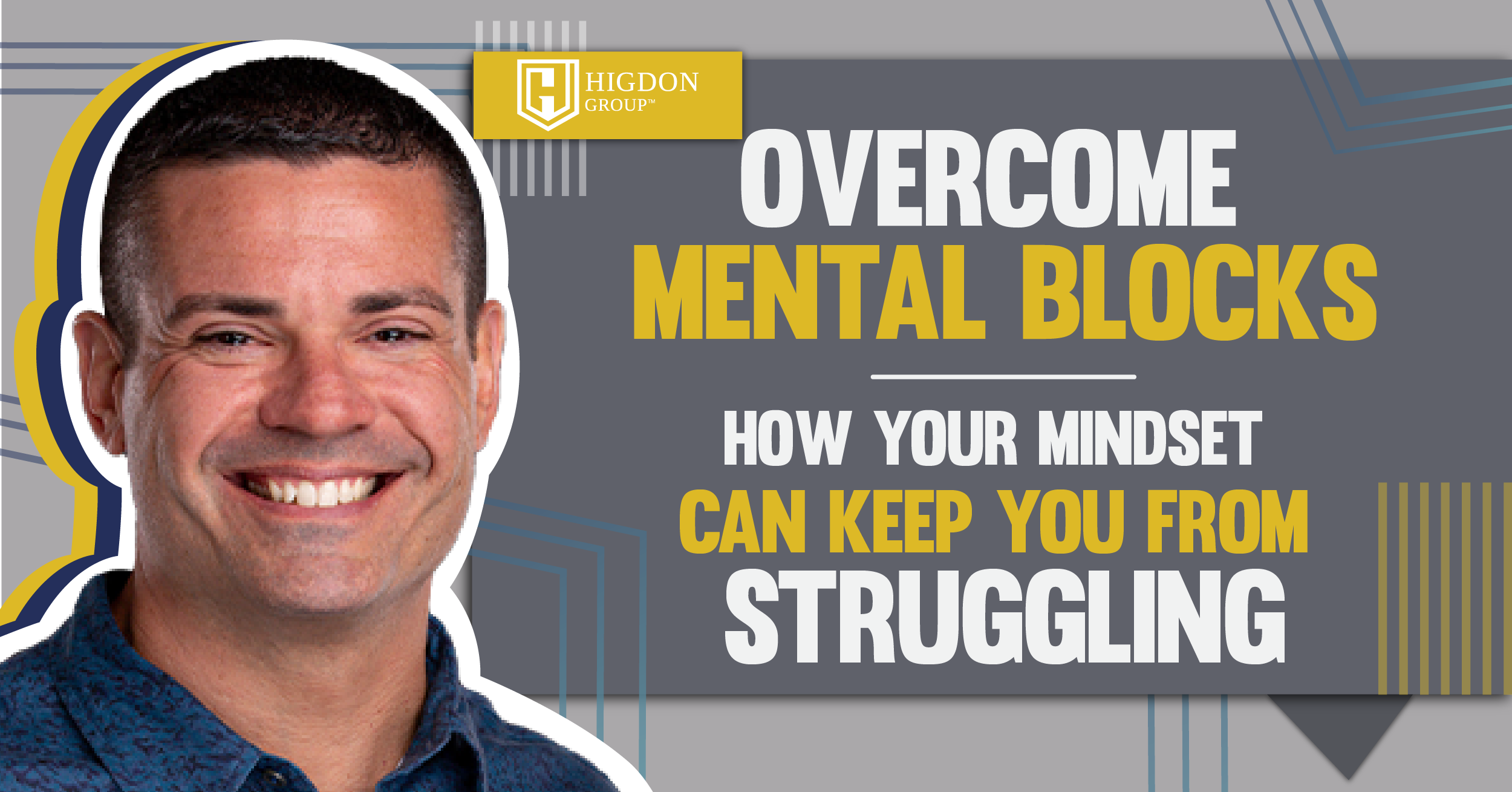 How Your Mindset Can Keep You From Struggling

Staci: Why am I struggling to build a team? There is a lot of possible reasons why that is. I would love to know Sue, if you could drop a comment, why you think you’re struggling to build a team? I would love to know your perspective on that. Because, there’s a really good chance that there’s a mindset component here. There’s a really good chance that there’s a mindset component, but I would like to know what it is that you feel is keeping you stuck? Because, that will help us to help you. A lot of times when people are struggling to build a team, it’s because there’s a lack of belief somewhere. So, what I usually have people do is I ask them to write down on a piece of paper, on a scale of one to 10, where they feel their belief is in the profession. How quickly do you crumble when somebody says, “Is this one of those things?” Do you crumble? Do you get really anxious and your stomach starts to hurt and you sweat? Is your belief a little off kilter? When it comes to the profession, are you easy to blow over? You’re just blown right over when somebody asks you a difficult question? So, write that down. Where’s your belief in your company? Your belief in your products? Your belief in your systems? Because, a lot of people, if they don’t know what to do with people when they sign them up, if they’re, “Oh my gosh, I have no idea how to help this person be successful because I’m not even successful yet. What am I doing?” If you feel that way and you don’t have super-duper big faith and confidence in the system that’s in place for you to plug people into, to help them be successful. You will sabotage yourself from recruiting, because you’re scared of letting them down. You’re scared of not being able to help them be successful. And, also if you see yourself as somebody who’s not a leader worth following, you’re also going to stop yourself from recruiting. So, you will do weird things like prospect and not follow up because you’re scared to actually see that they saw your message because then you don’t know what you’re going to do. So, there’s a lot of fear and belief that tends to get into people’s way. I’m not saying that’s a hundred percent what’s at the crux of the issue for you, but there’s a really good chance that belief and some limiting beliefs around your mindset with regard to leadership and your worthiness as a leader. So, I would say you need to work on that. If you notice that when you do that scale of one to 10 list, that there’s a couple of them that are less than a seven say, you might want to work on those areas, on your mindset as well. But, I want you to recognize that you are a messenger with a miracle in your mouth like John and Nadya Melton say all the time. You’re a messenger with a miracle in your mouth. You are the conduit between the opportunity and the person who needs the opportunity. The product, and the person who wants and needs your product. You are not the person who needs to be the originator of all the amazing things. You’re not the expert. You don’t need to be. You shouldn’t be. So, take that stress off your shoulders and realize that to be a leader simply means introducing somebody to something that can change their life and plugging them into a system that’s going to do the work for you. That’s your job. So, if you take that stress off your shoulders and realize it’s not all on you, you may stop sabotaging yourself, if in fact that’s at the crux of it.

Nicole, did you want to add on, because I know we deal with this every single day with people.

Nicole: We do, we do. And, just for anyone that’s listening to this in this industry, mindset is 80% of why we are stuck. And for most people, I would say 99.9% of that is because you’re tying your worth to your results. Please don’t do that. You have to trust the process, but you also have to know your truths because if you’re showing up, not believing in some of your core values, it’s going to be very easy for someone to push you off course. They’re easy. Because, people don’t know what they don’t know. They may say something that bites that you could be someone in your family. But again, this is your journey. So keep in mind, sometimes you’re going to feel like you’re alone, but that’s why you have places like rank makers where you have a culture. The three core beliefs that I believe are going to help, you got to write these down. Guys. If you have a pen and paper, I think it’s really, really important. Number one, genuinely believe that people are better off with your product and service than without. Number two.

Nicole: Oh, no worries. If I apply myself every day, I will succeed here. Again, if I apply myself every day, I will succeed here. Most people feel like they’re stuck, they’re not doing well in their business. They’re struggling. I want you to just engineer backwards and see where you didn’t work. Most of the time, people are not doing something they need to be doing, like talking to more people and following up with them. Boom. Everything else is gravy and it’s important. But, without those two things, you’re not going to be in conversations and without conversations, you do not have a business. Number three, I believe my company’s culture improves me in all things. Do you understand those core values? They’re priceless. Be in love with your company and what they do for you. What they provide for you. They’re doing all the heavy lifting for you, really. They’re giving everything to you and for you to be able to own your own business and be CEO. We all have to realize that and be very appreciative and have lots of gratitude and then move forward, knowing that you have something that they need. Really believe it. I hope that helps.

Staci, I loved your answer. Hey, Sue. What did she say?

Staci: She just gave us a bit more information. She said, “I network every day, make friends every day. I don’t crumble.” Which is awesome.

Staci: “And I also believe in the products and I’m so passionate about it.” So honestly, Sue, if belief is not an issue and I’m going to be totally honest with you, I have yet to meet someone who didn’t have some mindset issue at the crux of their inability to recruit. Yet to meet someone. It’s always at play to varying degrees. So, I will grant you that. The other piece is that like Nicole said, you have to be doing the things. So I would say, are you fishing in the right ponds? Are you sending the right messages? Are you following up enough? Because most people, even if they follow up, they do it once or twice, it takes six to 12 exposures for people to make a buying decision. So, if you’re not really using a followup engine efficiently, you’re leaving money on the table for sure. Especially when it comes to attracting business builders, because that is a big decision for a lot of people. Sometimes they need to sit on that. Nicole, like she tells the story, it took six follow-ups with her, for her to even look upwards at the opportunity with any kind of seriousness. It’s very common. So, you have to make sure that you’re doing that. So, there’s a lot of things at play here without really being able to get right into your business. But, I think we gave some of the most common issues. Did we miss anything Nicole, that we can add?