Today Ray shares his network marketing team building tips and how to keep your team from feeling abandoned. As a leader, it is your duty to continually keep yourself active and involved with your team. 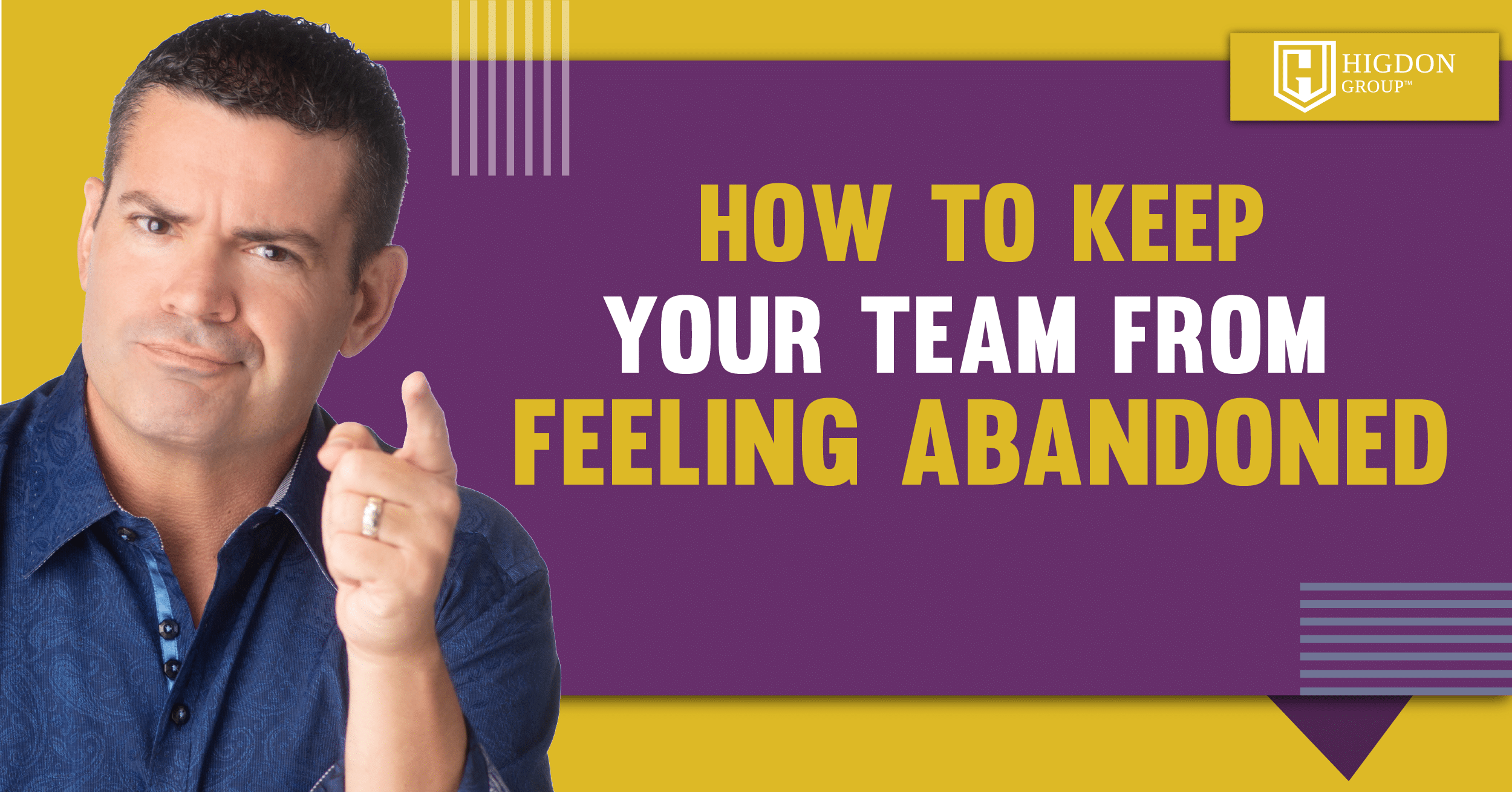 How To Keep Your Team From Feeling Abandoned

So, Kelli, I could probably do a laser coaching with you and really help you out here, because I can tell that you’re past speaking. And it’s just my two-minute analysis here, but I do not have time tonight. So I’ll hit you quick. I want to be the best mentor/leader for my team, but how do I keep from dragging my team along without making them feel abandoned?

So usually, the thing that we’re so worried about being is because of a reaction from an observation we made in our past. So the person that was abandoned usually has a very strong despisement of that, a very big worry about that. And so how you might consider looking at this instead, is whatever level of guilt that you place upon yourself that you feel for your teammates is telling them that’s how a leader should be. And the normal person doesn’t want that guilt. They don’t want to feel that shitty.

And so when you feel shitty over your leadership and you all of what you just said, the people in your team feel that. They don’t want it, so they won’t move up the ranks. So you’re creating this scenario where I feel really bad and I really wish that they would this, they feel you feeling bad and they feel like disappointments to you, so they don’t want to feel that energy so they won’t move up.

And so first, understand that you’re there to serve who wants to be served. And your mission is not to create desire in everyone, irrationally, like everyone has the same level of desires, right? And so, abandoning has nothing to do with this. I imagine, Kelli, if anybody on your team reached out to you, you would respond to them. Now, if you wouldn’t respond to them, then, okay, you can use the word abandonment. But as far as, “I better not move up because they’re not,” well, that’s actually hard to do. It’s hard to do in network marketing for you to move all the way up without some moving with you. Now, it’s impossible for you to have true equality.

Equality is a very dangerous word. In the ’70s, a gentleman named Pol Pot, he learned at this Paris event and he went into Cambodia and took over their government, and he created a quality. He created equality by killing everyone that was talented and moving everyone out of the city, 2 million people out in the city, into the Cambodian rice fields. And so equal, right? Equal misery, equal death, equal terribleness. And so there is no way without very, very dangerous motives for you to make it just equal across your team. Everyone does the same thing.

And so instead, you understand that people have different varying levels of desire, and vary levels of work ethic. And you show them how it’s done by having an amazing work ethic, by going and building a new team and showing them what you wish they were doing, but without applying pressure, or applying pressure to them or applying a pressure to you. Because the more pressure that you put on yourself, they feel that, right? They feel the disappointed parent. They feel the mom guilt. They feel the abandonment issue and they don’t want to ever feel that, so they’ll never move into your spot.