How a Network Marketing Prospect Can Be Like Charlie Brown

How a network marketing prospect can be like charlie brown is the question today Ray answers in today’s training. Learn how to handle prospects that string you along and get them and other prospects to sign up in your business. 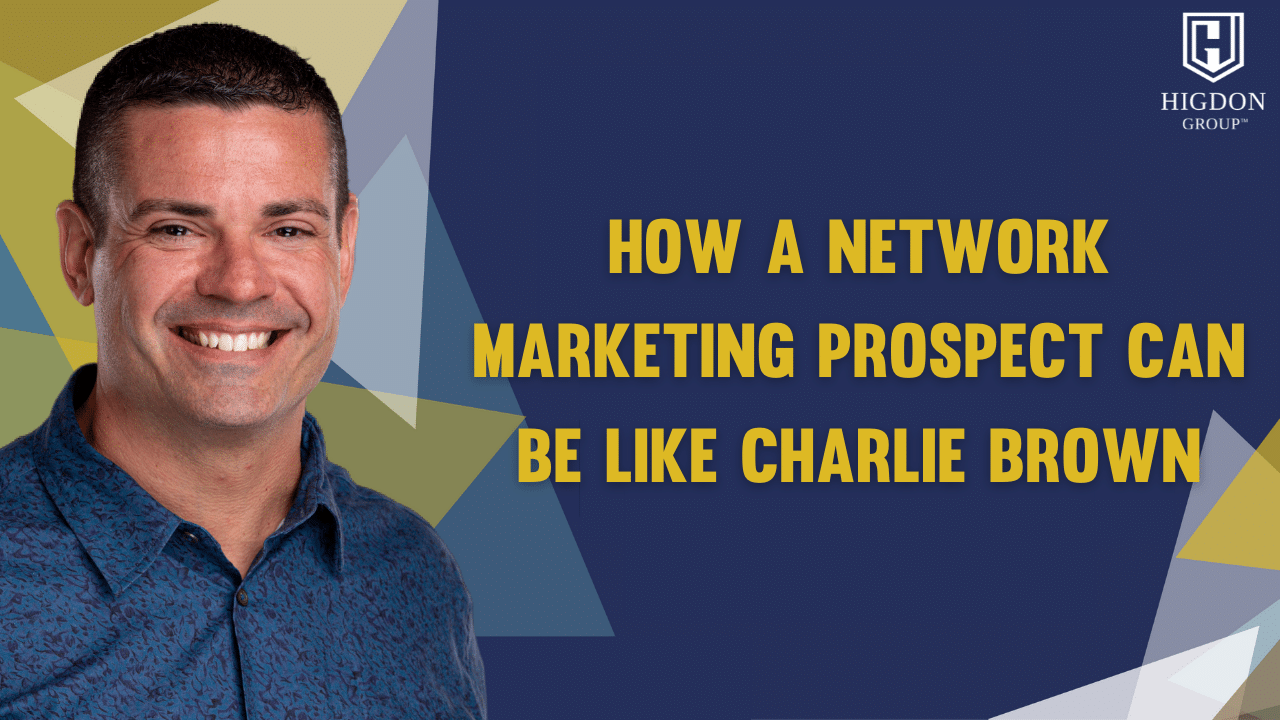 How a Network Marketing Prospect Can Be Like Charlie Brown

Pam: A couple of days ago, I had this gal that I know, and I just mentioned to her that I’m a Brand partner, that I’m going out of town next week. I’m attending a big retreat. And she said, “Gosh, tell me all about it.” And so I said, “Well …” Because at the moment, I didn’t have the few minutes, because I was running. And so I said, “Let me do one thing really quick. Let me send you an overview of our company in a video. And then you and I can connect when I get home.” And she said, “Okay, great.” And so I sent it to her. And when I got home, I had this hugely long text, saying how excited she was.

And it just went on and on and on, about how she wanted to join and how she wanted to give me her resume. And she had letters of reference, and all of this different stuff. And I was like, oh my gosh. And then I realized she hadn’t even watched the video yet. And so then she watches the video. I know. And so then she watches the video and she goes crazy. And I’m available, right then and there.

And I say, “Hey, this is awesome. I’m so glad that you see vision and everything.” And we went through and we started to do the signup. And all of a sudden, when we got to the part where she picks where she wants to come in, she was like, “Oh my gosh, I’ve got an emergency. I’ve got to go. I’ll call you back.”

Pam: And she ghosted me. And so then the next day I was like, “Hey, is everything all right? I’m a little bit worried. You cut off right in the middle.” Well, she ends up finally getting on a call with me, and then it comes out that she doesn’t have the money right now.

Pam: So anyway, again, it was just another weird ending to the call. And so this morning I’m supposed to give her a call back, and I’m just like … It’s so bizarre. I don’t even know what to think.

Ray Higdon: Yeah. So are you in Rank Makers, Pam?

Ray Higdon: It’s okay if you’re not. Okay. So anyone listening to this and hearing what she’s going through, I break this down in a video called Stringer-oners. And so I have a whiteboard and I break down, there’s six steps to handling stringer-oners, that will increase your chances of getting them on board with very little frustration. So if you’re in Rank Makers, search stringer-oners, you’ll find it. I’ll give you kind of the gist. There’s a couple things here.

So one, upfront expectations. So I don’t … Let me back up a second. I never want to move forward out of weakness. And I’ll give you a different example. So let’s say I see a friend and I’m at the mall, whatever. And I see a friend I’m like, “Hey, we should catch up sometime.” “Hey, you want to do lunch Tuesday?” And they say, “Yeah, yeah. I’ll try to call you.” Am I going to hear from them?

Ray Higdon: No, I’m not, because they said, “I’ll try to call you.” And so if I’m like, “Awesome, see you then.” I’m moving forward out of weakness. So if I talk to a rep, or I talk to a prospect and we get to the close table, and they wig out, go crazy, and whatever, get off the phone. Then it’s going to be more difficult … And this will sound weird.

It’s going to be more difficult for them to get me to the closing table again. So here’s what that looks like. So the second time, “Hey, are you okay? Everything …” Like what you said. And then she said, “Okay, I’m ready to do it.” And I would just point blank ask, “How much have you budgeted to start your home business? Where are we at there?” Before I start gathering mailing address, social and all this other stuff.

So I’m going to ask that more direct question upfront, and see, do we need to proceed? But the concept of stringer-oners is a diminishing return of attention. So some people are like Charlie Brown. So Charlie Brown, is it Lucy I think that holds the ball, or is a Peppermint Patty. I don’t know, Lucy I think, right? Lucy is the mean one I think. And so Lucy is holding the football and Charlie Brown is, “Are you going to move at this time?” “No man, kick the ball. I got you.” And Charlie runs up and she pulls the ball away, he falls down.

And some network marketers are like that. They will fall for the close every single time. And there’s no alteration in pattern. And so the alteration in pattern would be to get tougher for them to convince you more, which creates a contrarion energy within them. I’ve had people sign up just to prove me wrong.

And so they get a diminishing return of my attention. And that’s if we’ve gone down this path. Now, the busier and more postured you show up, the less of this you’ll get. And I’m not saying you won’t get it ever, but you will get less of this. I don’t know if you experience this often, or if it’s totally brand new experience for you.

Ray Higdon: Yeah. Okay. So this may not be some recurring issue or something, but if someone’s listening and this is a recurring issue for you, it’s probably because you don’t have the gumption to honor your time. A lot of people, if someone whispers in their direction, they’re like, “Hello. Yes. Hi, hello. I’m available. Here I am. Tracy, is that you?” They’re waiting by the phone, and canceling dates, and all kinds of stuff. But yeah, she would get a diminishing return of attention.

I would start to be contrary to her. Not rude, not mean, but just say, “Come on, you’ve told me this before. What are we doing here?” “No, no, no, seriously.” And so that would be the approach. Never get too tied up on any one prospect. That’s always a great rule, because she may never join.

Pam: All right. Thank you, Ray. I really appreciate it.

Ray Higdon: Does that help?

Pam: It does help. And just in fairness, I knew. So it’s not a pattern yet.

Pam: And hopefully now that you’ve said that, it won’t become one.

And I remember talking to him and he said, “Man, no one’s joining. I talk to people all the time, no one’s joining.” And I’m like, “Well, what are you saying to them?” And he said, “Well, I tell them, it’s a no brainer, that I’m doing it, that it just makes sense and they should do it.” And I said, “Got it. Okay. So let me just ask you this. If I was requiring legal services and I came to you, would you say that I should use you because you’re a no-brainer, because you make sense and that you’re the best, and that I should totally use you?”

And he said, “No. I would require a retainer. I have a waiting list and [inaudible].” And I said, “Okay, so you’re postured around being an attorney, you’re just not postured as a network marketer?” And that really clicked for him, he really got that. And so it’s you being postured. Posture, just to define it, is the belief in what you have regardless of external acceptance or approval.

So I never needed someone to agree, or accept, or approve of my decision to do network marketing. And I also didn’t need someone to agree with, is my product the right product? Or, is my service the right service? I didn’t require that, because I had that already. So, if someone came up to you, Pam and said, “Hey, you know what? I was on WikiLeaks [inaudible] last night, and Twitter is censoring it, but it turns out that electricity is a scam.” Would you fall for that? Would you be like, oh my heavens? Oh no. No. 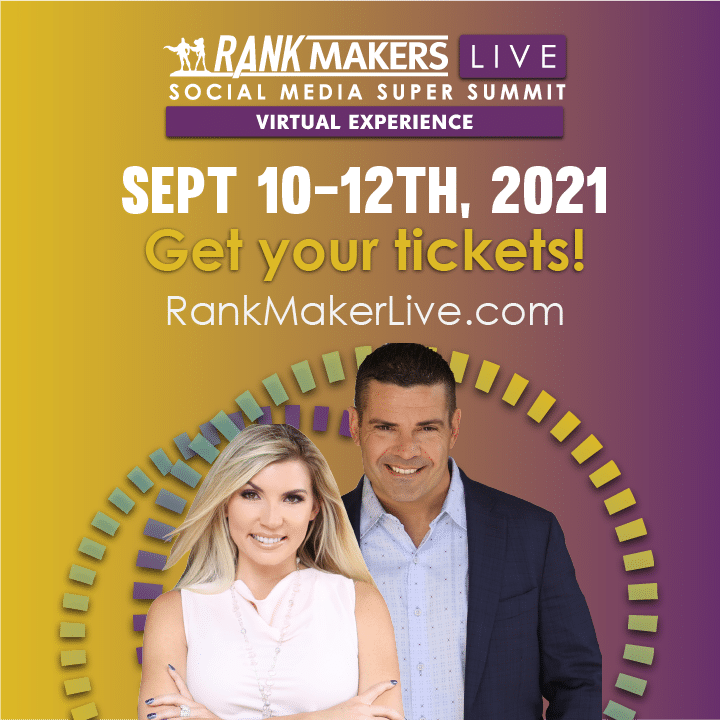