Network Marketing Prospect Not Committing? How To Follow Up & Close The Sale 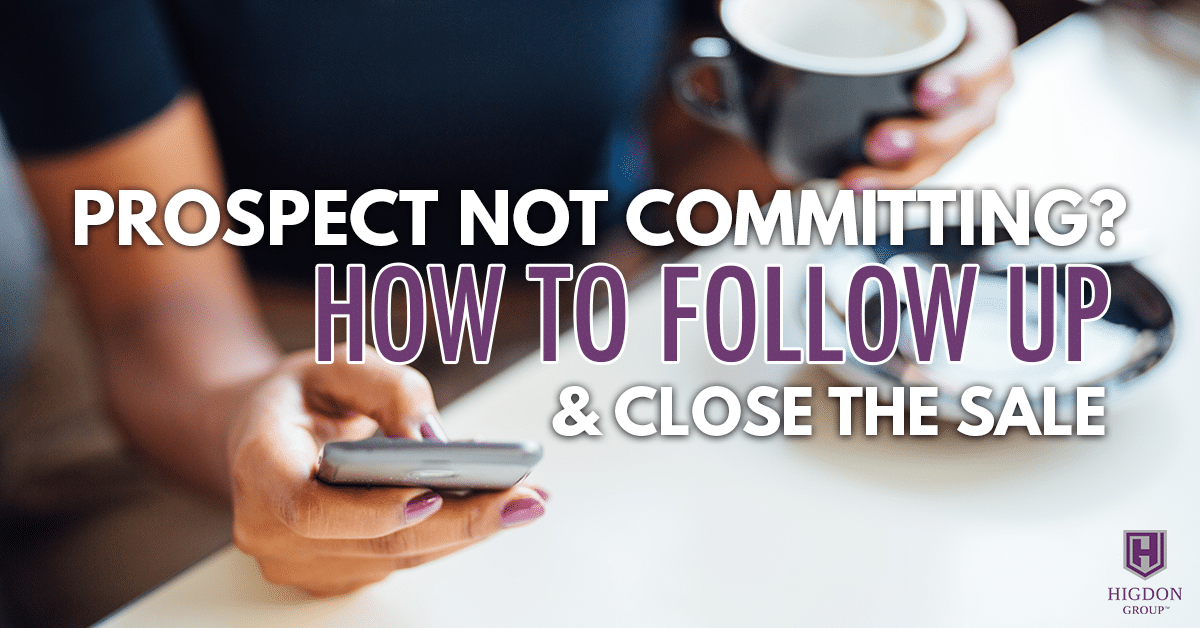 Are your network marketing prospects giving you the run around by saying that they are going to buy but never do?

Follow Up Until They Pass Away Or Are Jerks

Number one, I’m on the follow-up until they pass away plan.

When I think someone would be an asset inside of my team, I followed up until I read their obituary.

I’m on the follow-up until they pass away plan unless they’re a jerk.

If you look at your network marketing team as your family then you wouldn’t just allow any negative. If you meet someone negative would you say, “Hey, come home for dinner”? No, you would say, “Let me keep your drama out of my family.”

Now, they may think that they disqualified me, but I disqualified them. Unless they are being rude, negative, nasty, then I will continue to follow-up forever.

BUT, here’s the distinction, I don’t chase, beg or bug. There’s a diminishing amount of time I will invest with a prospect who isn’t actually moving forward.

Time Spent On A Prospect

First of all, I do not spend a lot of time building rapport before I get them to watch and consume the tool, the video, ect.

My mission is to spend as LITTLE time as possible to get them to watch the video and get them to show up to a presentation.

I just don’t spend that kind of time baking brownies and visiting little Timmy when he’s playing softball and sending him three Christmas cards each year in a row and then popping the question. I don’t think that’s very duplicatable, to be honest. A lot of people, they need results fast, And, if you’re out there and you’re building crazy rapport for six months before you even pop the question because you think that’s what it takes then I don’t think you’re very duplicatable.

Now when it comes to follow-up, same thing. I’m not having 15 hour long phone conversations and, “You really should join.”  I’m busy.

And, you need to be busy even if you’re not busy.

With the stringer-oners, my strategy is it’s a diminishing amount of time they get from me.

Stringer-oners, these are the people that say, “Aw man, I’m totally, just hit me up on Monday, bro’. I’m going to totally jump in that deal, man.”  Then you reach out to them Monday, no response. You reach out on Tuesday, no response. Then a month later, “Aw dude, I came down with the flu and I had the bubonic plague and my liver was liquefied. Man, now I’m ready. Call me Tuesday.” You call Tuesday and nothing so my responses are diminishing.

If I talk to somebody and I get them on a video and then they say, “Yeah man, let’s do this, talk to me Monday.” I’ll call them out.

I’ll say, “Now, are you saying that you want to join Monday, are you saying you want to buy the product Monday but you’re really just kind of blowing me off and you don’t really plan on that? It’s totally okay, I’m busy, I’ll follow-up with you if you’re serious and you’re going to move forward. If you’re not, totally cool. We can part friends, we can high five when we see each other and whatever.”

People, all people are very willing to do a white lie but when you nail them down like that most people will either tell you, they are not really interested or they will be more in alignment with the identity of a person that goes against what you just said.

IF all of a sudden they come back in and they say, “All right, I’m finally ready to do it.”

I’ll give them the respect of that.

If they want to fight and claw their way to get into my business then that’s fine but I am not going to chase them.

And all of a sudden they JOIN. Why did they join? To prove me wrong, because I called them out. People hate being called out. They will do things that they didn’t really plan on doing just to avoid being called out.