How More Engagement Can Increase Your Cold Message Responses

How More Engagement Can Increase Your Cold Message Responses

Today Ray talks about how more engagement can increase recruiting success and increase your cold message responses. When it comes to prospecting cold messaging can be very vital to your business.

See the whole training by clicking the image below or HERE… 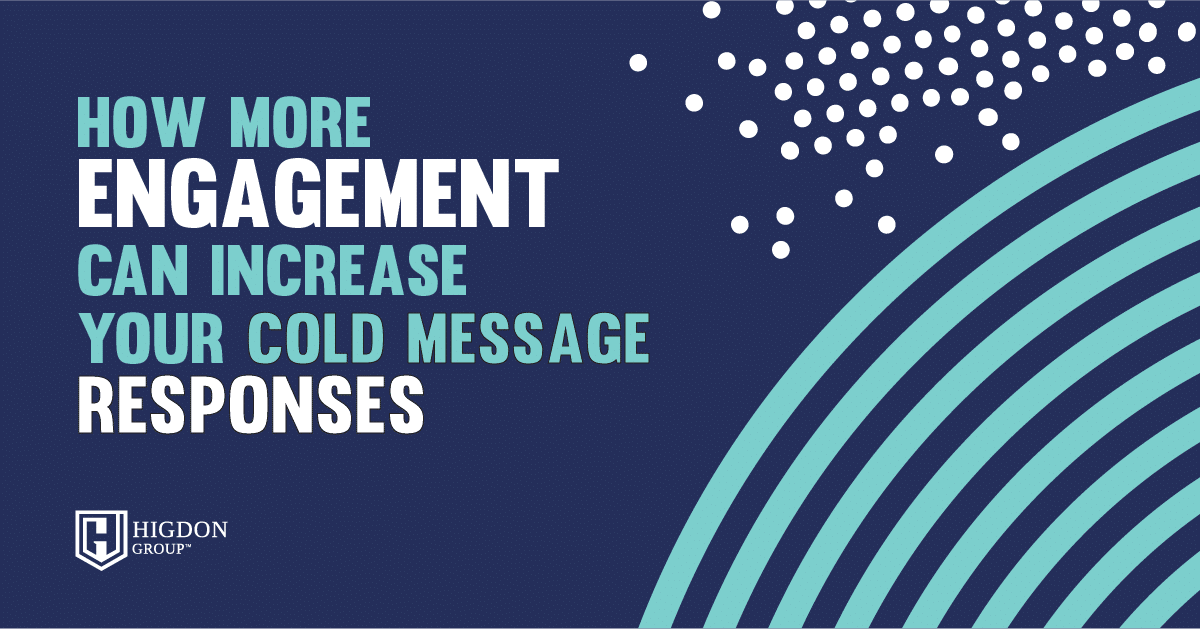 Donna: I have a question. I’ve been doing cold prospecting and I’ve been doing it on Messenger. And the thing is, is that if you’re not friends with them, it puts your messages in other or requests and sometimes people just don’t see it. I’m wondering, am I doing something wrong? Should I do something different?

Ray Higdon: Sure, sure. So, a couple of things there. One, a lot of trainers would tell you, “Hey, add them as a friend. Build some rapport, then go into it.” To me, to be honest, it’s a little shady. And so, there’s a balance of when I’m messaging someone I’m not friends with. Yes, it is true. Some of them will not see your message. So, the balance between befriending them in a shady manner, but they see my message or not. And some won’t. And so, I take the road of understanding some won’t. I don’t know if I’m going to be friends with them and if I’m just friending them just to pitch them, I don’t really feel that great about that. So, I don’t like it as that move. But one way to increase the chances is when I send them a message, I will go over to their profile and drop a comment on their latest post or their profile picture or whatever. And say, “Hey, I sent you a message, not sure if you saw it. Might be in the other box, but hope you’re having a great day.” And so, that absolutely increases the chances that they’ll see it. By the way, every day I see messages from people I’m not friends with. If you check on your desktop that just naturally pops up. And so, that’s my take on that.

Donna: Okay. I just didn’t want to be a creeper. Some people come off like that. That makes sense to go there and interact with them first. Say that.

Donna: I didn’t think of doing that. I was thinking I was going to have to follow them or something. Or that’s creepy. But yeah, that makes sense.

Ray Higdon: Yeah. And I mean, I don’t know percentage-wise, but I would just understand that there is a percentage that just isn’t going to be seen and that’s okay. And so, one thing that I think is important to understand is, when you’re reaching out cold messaging, which some people are just totally against. “No, ever cold messaging.” I recruited some of my best people through cold messaging. And some of the greatest stories I’ve heard. I mean, my buddy, Eric, in the last company that we were a part of. I mean, when the company was opening in Malaysia, he cold messaged someone in Malaysia and that guy ended up joining. And that team, at the height, was putting in over 25,000 people a month.

Ray Higdon: And so, I’m a big fan of cold messaging. Not as the only way, not as the superior way, but as a great option. But you do typically want to have higher numbers when you’re doing cold messaging.

So, are you ready to increase recruiting success in your business?

Did you find this training helpful? If so, I would greatly appreciate it if you commented below and shared it on Facebook.