How to Solve Your Problems

How to Solve Your Problems

If you want to know how to solve your problems, whatever they might be, this post will help.

Last Night at the Landmark Training..

Some of you know I recently re-attended the advanced course Landmark Training, and last night was the completion ceremony so we rented a limo, loaded up 10 of our friends and headed over to Lauderdale from Naples. One of the things they taught last night was a way to help you solve your problems.

First, let’s look at your possible problems and apply a standard phrase that MOST people use. It goes something like this:

I want X but Y

Now, what are some problems you might want to solve? Let’s just throw out some examples but feel free to come up with your own.

I want a great job but the economy sucks.

I want a great relationship but I can’t find anyone.

Would you agree this is the language of most people that you know? Do you see where the problem is? In the Landmark training they actually expose you to that there is a lie in every one of these statements and it has to do with correlation. The word but is in between two non-correlating events or facts however the world around you and in your head correlates them. Huh? What? Let me explain..

Solve Your Problems By Thinking Differently 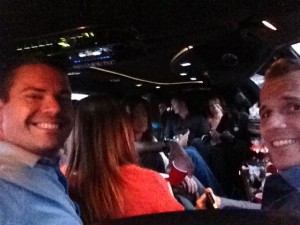 The key thing to understand is there is ZERO correlation between what you want and the reason you are justifying why you don’t have it and the holding onto that reason will disempower you from attaining it.

Saying that you want to make a bunch of money but you don’t have money to invest is about the same as saying you want a great marriage but you hate bananas. But Ray, those things don’t make any sense! Neither does your excuses.

Can someone who has no money go out and make $100,000, has that ever happened in history, is it in the realm of possibility? Of course it is so don’t cripple yourself by using it the reasoning on why you don’t have it by using “but”.

Has anyone ever gotten a great job while in a bad economy? It is at least in the realm of possibility to do so? Of course it is so stop using that too. To switch your mind, to think differently, stop using the word “but” in the same sentence with what you want in life and instead use “and”.

Mind Shift to Solve Your Problem

When you use “and” you recognize the two sections of your statements as separate from one another. You want a great relationship AND you have been unable to find someone so far. OK, that you can deal with. You can work on the issue rather than be stopped out of the box from ever attaining what you really want. Know that there is no valid “buts” when it comes to attaining what you want because someone, somewhere has has bigger issues and tougher times in the area you want to achieve but achieved it anyway. Know that you CAN achieve anything you want from wherever you are regardless of your past history or current lack of anything. I believe in you!

PS: For a Very Limited Time You Can Download my Book From Amazon for Only 99 Cents! No Kindle Reader Required!