How To Get New Teammates To Take Network Marketing Seriously 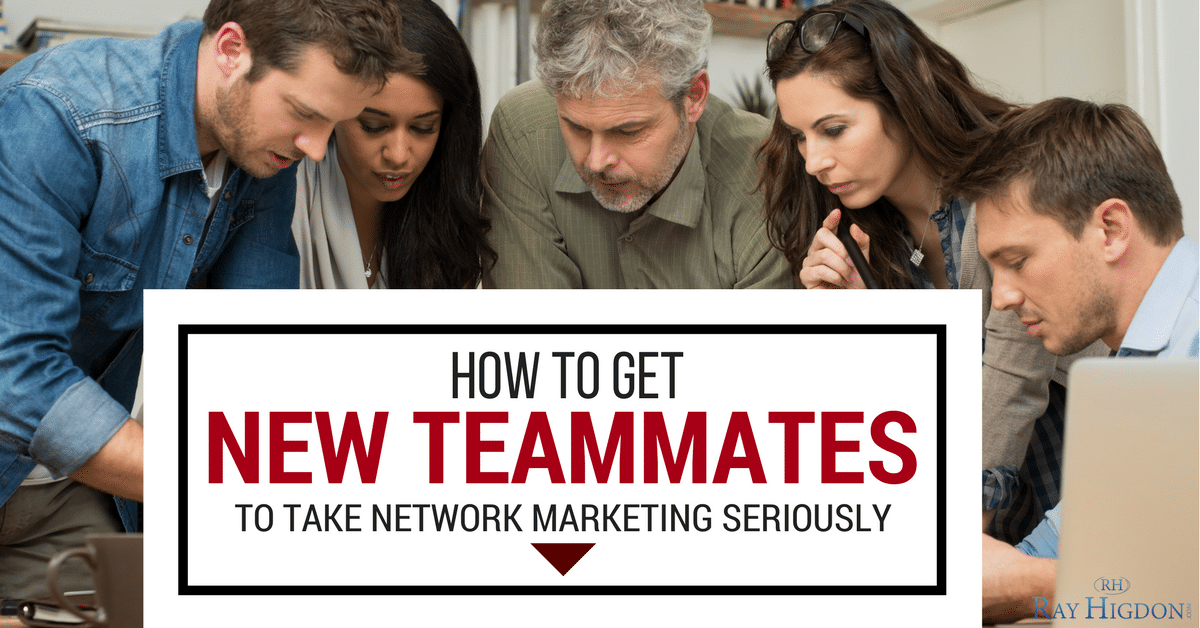 How do you get your new teammates to really take network marketing seriously and start growing the business? How do you do that?

In this post I share some simple tips to help get your new team to crush it!

How To Get New Teammates To Take Network Marketing Seriously

What do people love about network marketing? They love the idea that we can be a part of something where we earn off the efforts of others, where we can get a residual income that means freedom. If you get residual income coming in and it’s more than your bills are, I would say that’s a form of freedom or at least some it creates some options in your life.

One thing you have to understand is every person you ever recruit is an individual unit of a VOLUNTEER army.

We want everyone to just rock and roll, and to tear it up. We want everyone to go out there write down their warm market list and hit every single person on it. The problem is in the way that we approach getting them to do that, we run the risk of turning them OFF.

Don’t Turn Them Off

I forget who said this, but there’s a saying out there that says someone convinced against their will is of the same opinion still. You have to get them to buy into wanting to do it. If they aren’t prepared for that, then you need to be okay with that. And allow them to grow into that way of thinking no matter how long it takes.

Now, probably not the aggressive hardcore answer you’re looking for but here’s what I’ve noticed. I’ve noticed that over the years of we’ve worked with my guess is maybe 20, 25 people that were earning over a million dollars a year inside network marketing that we’ve coached. I think right now we have four or five people that have over 100,000 people in their team that we coach.

From talking with these people, from observing not just my own team, but the teams of a lot of other leaders, what I’ve noticed is there’s a few things that happen. If someone comes into a company and they came in without major financial goals or they came in without really wanting to become a top earner or anything like that, but they’re pushed to go and take massive action. And told to really take this thing seriously and let’s crush it, they’re pushed into a place they’re NOT ready, they usually quit.

Part of the reason I know this is because I used to do that stuff all the time. I remember there were days, or maybe years, where I would run training calls and if you weren’t prospecting at least ten people a day, what the hell were you doing? What’s wrong with you?

I would just be very careful. And, yes, I get it.. we want everyone to create massive action. Instead of being pushy with them, be PULLEY.

Don’t Be Pushy, Be Pulley

How do you not be pushy when you are excited to get your team to crush it? In the video below I go over the 3 questions you should ask your new teammate to PULL them into action. And, I also go over when it’s game time to unleash your coach card.

More Resources For You:
How To Attract and Recruit Strong MLM Leaders

What did you think? Easy right? Comment below if you got value from this. Feel free to share with your teammates.
Did This Help You? If so, I would greatly appreciate it if you commented below and shared on Facebook

If you enjoyed this post about How To Get New Teammates To Take Network Marketing Seriously, retweet and comment please