Hashing out hashtags… What are they and how can they be useful for getting engagement in your business. Today Staci, Mary Kate, and Nicole hash out the benefit of using hashtags on social media. 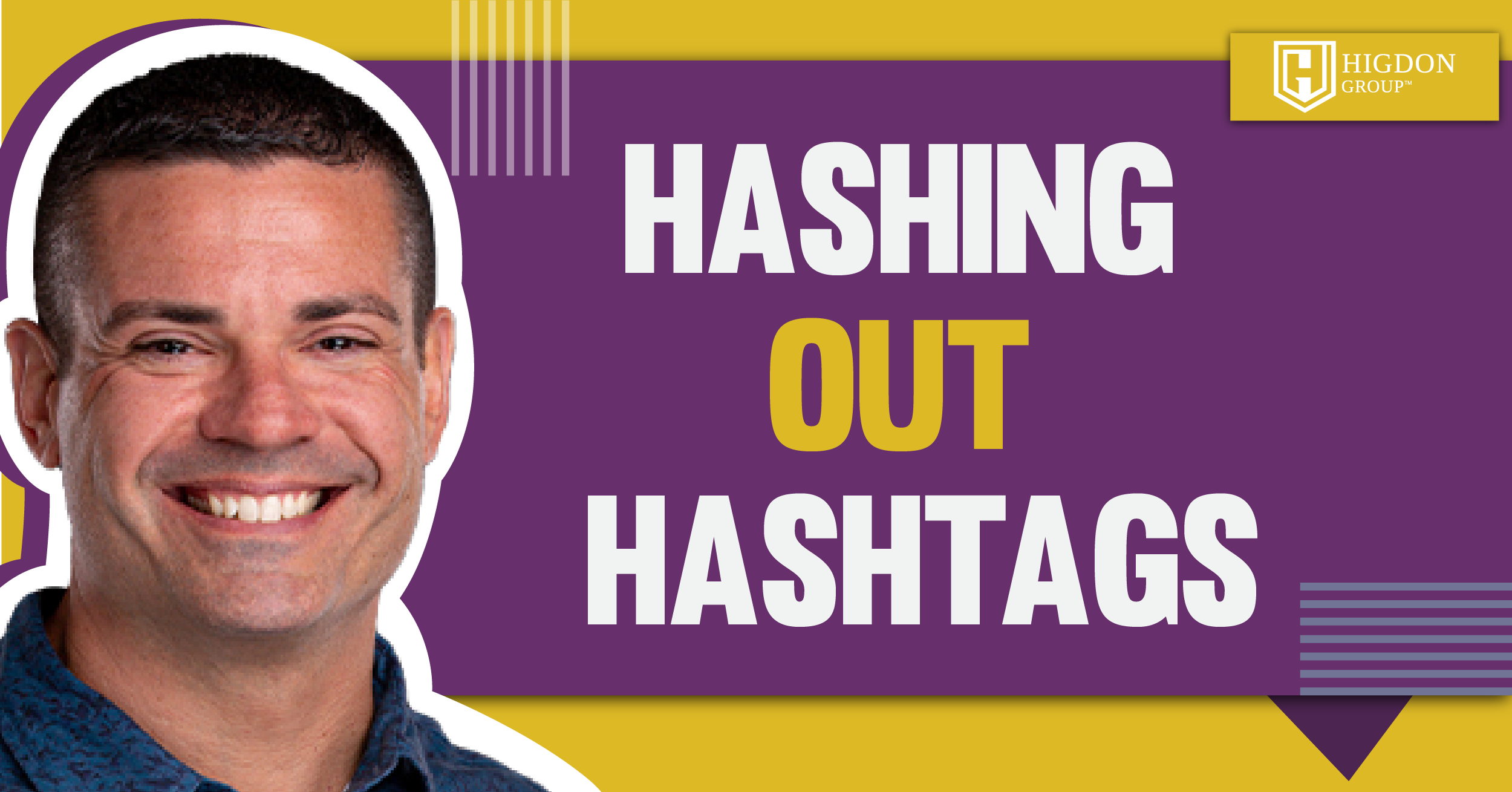 Nicole: Do we only attach one hashtag per post? Can we do multiple? No, that’s the beauty. You don’t put it in the captions ever. You want to put it in the comments and you can put up to 30 hashtags. Definitely mix it up. Go to Repost for Instagram. It’s an app on your phone. I don’t know if Androids have it but I do know that iPhones have it. Smart folks have it. And you can download this.

It’s going to save your life because as you’re creating hashtag groups for whatever your niche is, you want to mix it up and add different ones. You can put up to 30 at a time, make three or four different ones for your niche and have those saved and repost. So, all you have to do is go copy it to your clipboard. Once you put your post up, go into the comments, put it in the comments and hit send. And then you’re going to be good to kill it.

That’s all it is. It’s super, super simple but look at Repost for Instagram and make sure that you’re never ever putting them in the caption because it kills the facade and it’s not even a facade. It kills the energy of your post. The message that you’re trying to get across to people. When they see a message and then they’re hammered with 20 or 30 hashtags right underneath it. So, make sure you always stick to putting the hashtags inside the comments, up to 30, save them somewhere so you can continue to use them but change them up.

Staci: Okay. Awesome. So, we have a couple more hashtag questions that are pretty quick. So, we’ll just answer them because we got on that topic. So, we’ll absolutely make sure you guys feel confident and then we’ll give away a prize.

Question, how do you save hashtags to reuse instead of retyping each time? Thank you. I love this question, Kathy. So, there are multiple ways you can do this. I’m a ninja warrior with systems.

So, I like to do things that save time. So, here’s what I do. I have about five or six groupings of hashtags that I routinely go to. So, I’ll have one that’s a little more product specific and there’s really only one or two hero products that I tend to promote in that way. So, I know what I’m going for there. I have one that’s mindset and personal development. I have one that’s really mom centric and so forth and so on.

It’s going to be different for everyone’s niche. Right? And I keep those in a column right on my desktop notepad with a title so that I know what they’re for. And then when I post something, I can copy and paste it and I text it to myself. That way, if I’m not yet at home, you can still get it on your notepad, on your phone.

But for me, text is so easy to go to because it’s a short key and then it’s right there and I can copy and paste it and dump it in my Instagram. But I don’t stop there because I want to make sure that it’s simple, no matter where I am. So, I also have short keys.

If you’re not familiar with keyboard shortcuts or Instagram has a short key option right in their DMS. If you’re not sure how to do that, Google it. Dr. Google. G-O-O-G-L-E. “How do I do keyboard shortcuts on your phone?” And it will give you the instructions. It’s very, very straightforward and very simple. And then what you can do is you can give a couple letters that tip you off. Like you could put, “KB1, KB2, KB3, for example. Keyboard short one or you could do hashtag one, hashtag two and just use the HT for hashtag, right?

You give it a short form. And then when you type in HT1, it automatically loads every single one of the hashtags in that series. And then you just press enter and you’re good to go. Here’s one caveat though.

Instagram specifically, you wouldn’t really use this on TikTok because you only need four or five hashtags at the most there. But Instagram where you’re doing 28 to 30 hashtags, every single post, it gets tiresome. So, the caveat here is that Instagram does not like it if you use the same series of hashtags over and over and over again. Yes, their bots can pick up on that and that is still considered spammy behavior. Right?

So, I would actively encourage you to use the keyboard shortcut and use the desktop notepad but change out a few hashtags each time. Just move around a little. Take two out, add two new ones. Mix it up so that you don’t end up hurting your engagement by creating spammy behavior.

Mary Kate: I just want to add one quick thing that’s from Shaleen and Brock Johnson. They did a free training the other day and Brock was saying, “Add a numeral.” And I find that to be true because when I do text replacement and you’re typing regularly, it could actually throw in your text replacement. So, if you type a numeral in there like, mindset one or whatever, it’ll be less likely to trip you up when you’re typing away.

Staci: A hundred percent. That’s why I always do like hashtag one, hashtag two. I have had that happen in comments on people’s posts. I have short forms for, “Thank you so much. Love this,” and things that I reply all the time and it does happen. So, you have to be really careful. It’s a really good point Mary Kate.

Nicole: That’s so funny. I was actually writing to someone about my son. It was the registrar at the school about his birth certificate. And I typed in the word, birth, and all of a sudden, the entire post for happy birthdays popped up. I’m like, “Oops, I need to go put in number one after birth in my texts replacements.” So, make sure you’re using numbers directly after the word so it doesn’t populate all the time or you’re going to have a headache. Always use something. That was so smart. So smart, Mary Kay