When To Stop Following Up With Your Network Marketing Prospect 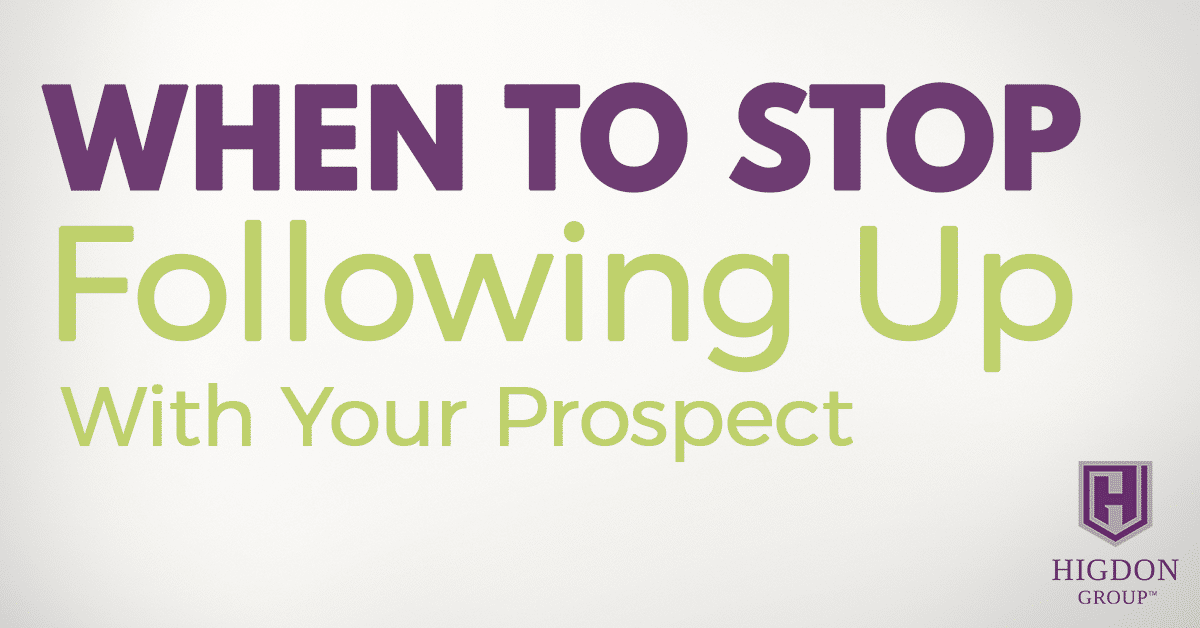 Is your prospect not responding? When should you stop following up with them?

Let’s say four, five, six days go by and they still haven’t responded. Now, this is what I’m talking about. Or you’ve been messaging people and they’re just not responding at all, so they never watch your video or something like that.

When To Stop Following Up With Your Network Marketing Prospect

So, when do you stop following up?

Well, if they’re an a-hole.

If somebody says “Dude, just give it up already, man. I don’t want to work with you.”

I would say “Cool, no problem.” I would disqualified him. He no longer has the privilege of getting my mentoring, getting my training, my teachings and being a part of my blessed team.

Now, you on your side, you may think “Well, he disqualified you, Ray.”

There are people that I recruited YEARS after starting prospecting them. And, one of my followups, got them at the right time.

Again, if they reply with meanness, rudeness, and being jerk, then I have disqualified them. But, I’m going to follow up for freaking ever. If I’m up on stage, I may send them a picture of here’s me on stage in front of 20,000 people and just having a blast. And, I say like “If you know anyone that loves to have fun and loves to make extra money, we’ll show them how to do it. Let me know.”

I will do update deflection until I see their name in the obituaries. Then, I’m going to say that doesn’t make any sense. That’s my followup.

Now, can you do this with every lead?

The chances of you doing what I’m talking about with every single person you ever meet, pretty unlikely. I will follow up longer if someone is sharp, someone that I’d like to work with, has a good energy, and business connected. There are no leads that I’ll mark off, unless they are rude or disrespectful. But, there are some leads that I kind of give a little bit more, if they’re pretty connected. If I really like their energy or their attitude and I will pay special attention to them and I’ll probably follow up with them better, more consistently than I would just the regular Joe Schmo.

In the video below I share exactly how I followed up with a prospect for YEARS and how he finally came around.

What To Send When Your Prospect Doesn’t Respond

If you enjoyed this post about When To Stop Following Up With Your Network Marketing Prospect, retweet and comment please