What Happened When I Went Into Deep Hypnosis

In today’s training Jessica shares her experience with deep hypnosis and how it resulted in life and business. 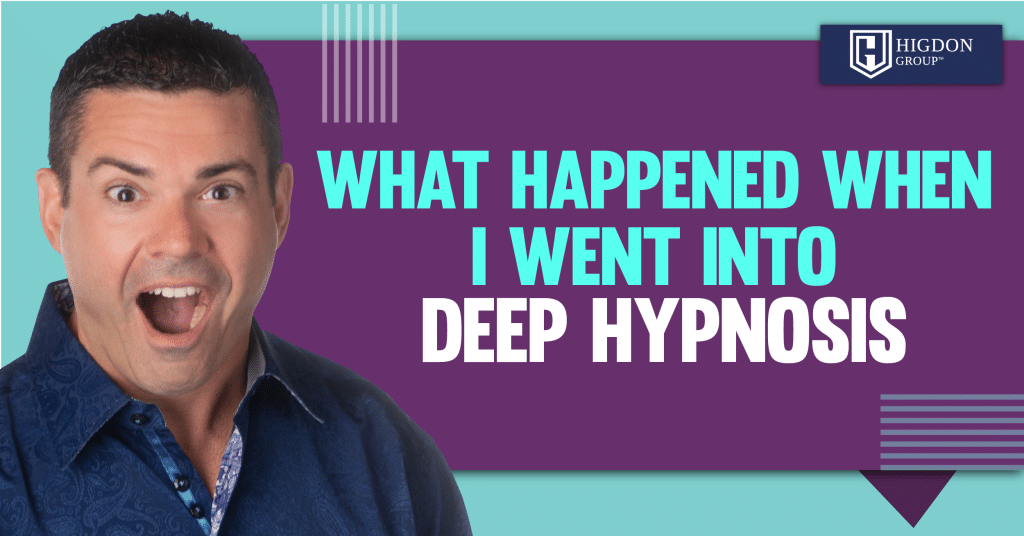 Okay. Hey, everybody. How’re we doing? I also have some interesting stuff to share about how I have gone into deep hypnosis. I actually thought I would try this out and see what the experience was like. And so I decided to try that out, and it was an amazing experience, so I want to share that with you. I recently decided that I wanted to really go deep and go to a place that I was a little scared to go, which was my childhood. One thing that I really want you guys to know is you have to be ready for something like a deep hypnosis. It’s not something you just decide, “Oh, I’m going to do this and it’ll be fun.” It will be fun, but if you’re not ready for it, you won’t get out of it what you want. It’s just like anything, right? You have to put into it enough effort so that you get a lot out of it.

So I had done inner child work through tapping and things like that, but because of the events of the last year and a half, I felt like not only would this benefit me but also maybe benefit you and a lot of people that are just having a rough couple of years. And so I went to Access Holistic Healing & Hypnosis, which is in Bonita Springs, and I saw Michele Durham. She’s absolutely incredible. So if you’re in Southwest Florida or coming to Southwest Florida, I highly recommend going. She put headphones on me and she was talking to me through the headphones. They were noise-canceling headphones, and she had music playing, and it was blocking everything else out except for her voice and the music. Okay? I could also hear myself speaking as if I was someone else because it would do that echo effect, right? So it was taking me out of the equation.

And what happened was very interesting. She put me in this deep hypnosis for about 30 minutes. By the way, I was in hypnosis for almost three hours. I thought it was 15 or 20 minutes. It was crazy. And if you’ve ever been put under hypnosis, then you probably can relate to that. I had no idea that I was going to be under that long. Was it a challenge to go deeper? No, for me, it really wasn’t because I was ready for it. If you have your guard up or you’re like, “This isn’t going to work for me,” or you get nervous or skeptical, then it’s probably not going to work for you. You’re probably not going to go as deep as you want to.

But anyway, she had me float on a cloud and see different areas of my life. I won’t go into the deep tactics that she used because I’m not a licensed hypnotherapist, and if you want to learn more, you can go to one directly. But she had me stop at certain scenes in my life. And there were particular scenes that were very hard, very traumatic and left me a sense of abandonment. And she had me tell that little girl that, “It’s going to be okay,” and that, “You are loved,” and, “That love is carrying you through your life.” So you are talking to the little you, which is hard to do. It sounds easy when you just talk about it, but when you are in that place, it is hard to do. It’s hard to talk to a little girl that you see almost outside of you, but is you, and tell them that everything’s going to be okay, or a little boy.

She had me do that. Transition. Then it gets a little weird. I’m going to let you guys know, it gets a little weird. Okay? So I go through all of these scenes in my life. There’s one in particular where now I realize why I love public speaking and why I love being in front of an audience. Okay? I had an experience when I was in middle school where I knew that I was going to get called to the front of the stage. I just knew it. And I did. It was a game they were playing and asking questions, and if you got the answer, you would win a gift card and things like that. And I won, and because of the things that I’d been through previously, it was the first time in my life where in front of all of these people I felt really, really proud of myself.

And we had to write down, now, this is what to me was so powerful… All of it was amazing, but I have been through inner child work before, and what was really interesting is she had me bring a list of questions to the session. Now, I thought that she was going to be asking me, Jessica, these questions or I was going to be asking her these questions and she was going to help me figure out what these questions were. And she’s just like, “Any questions that you have in your world that you just want to ask the Universe, God, any questions that you have.” And so I said, “Why do I have a fear of flying?” I asked, “How can Ray and I grow to create more impact and change the world?” I asked, “Why do I feel like at times this anxiety is following me around?” different questions that I asked myself and just got really real and wrote them all down. Okay?

So I suggest you get a list of questions that you have in general, and just write them down, whether you go to see a therapist or hypnotherapist, or you just do something like this on your own. And she said, “Okay. Now, Jessica, you’re no longer there.” And I’m in total dream state, right? And I’m like, “Okay, I’m no longer there.” And she’s like, “Am I talking to Jessica’s higher self?” I’m like, “Yes.” And whether it was my subconscious or spirit, I don’t know, came in and talked about me as if I was third person. Okay? So referred to me as, “Jessica is doing this, and she’s doing this because of this, and this is what will help her.”

So she rattled off some terms that I really hadn’t heard before. Now, whether I heard them subconsciously and don’t recall them consciously, that’s a possibility as well. I may have heard them in passing and not consciously took it in, but our subconscious takes in everything, right? So she rattled off some questions to me and I didn’t know the definition or anything, and I just started giving her what the definitions were. Yes, Elsa, it was recorded for me. So I have the entire recording. She recorded it. And you think you remember everything, and she told me this before we started, you think you remember everything. You don’t. You don’t remember everything that you said. So the recording is extremely helpful and it’s wild.

And so my message here today is, yes, I believe it’s very impactful for everyone. And when asking, “Okay, why do I have this anxiety about flying?” my higher self, the observer, said, “Jessica doesn’t want to release control. She has control issues from when she was little, because of dah, dah, dah, dah, dah. And it’s a control thing.” And the scenes that I saw earlier were about me feeling out of control, me feeling like I had no say in my life, like I was just at the mercy of what was happening to me because of some things that had gone on. So it was very helpful.

And so my message for you is you can always tap into that observer effect. It absolutely helps when you are in deep hypnosis, because you are much more free-flowing. And whether those ideas come from your subconscious or a higher source or both of them are connected, which I believe that they are, I just do, you are so much more in a free-flow, and you can just answer your own questions about life like that. It’s pretty cool. But a practice that you can do if you don’t go into hypnotherapy is go into a meditation.

Then after that meditation, I know after my meditations, I’m always in a more relaxed, open, suggestive state, become the observer and just say to yourself, “Okay. Jessica’s no longer there. I’m now her higher self. I’m now the observer of her life and all things.” And just start asking yourself questions mentally. “Why do I do this? Why am I not at the next level? Why am I not at the next rank?” Any questions that you have. “Why do I have a fear of talking to people? Why am I not consistent?” Just start and see what the observer would say and just start writing it down. A very, very powerful exercise for you to do.