Are you attracting the correct people into your business? Today Staci and Nicole talk about business growth mindset and how to attract more people to your business. 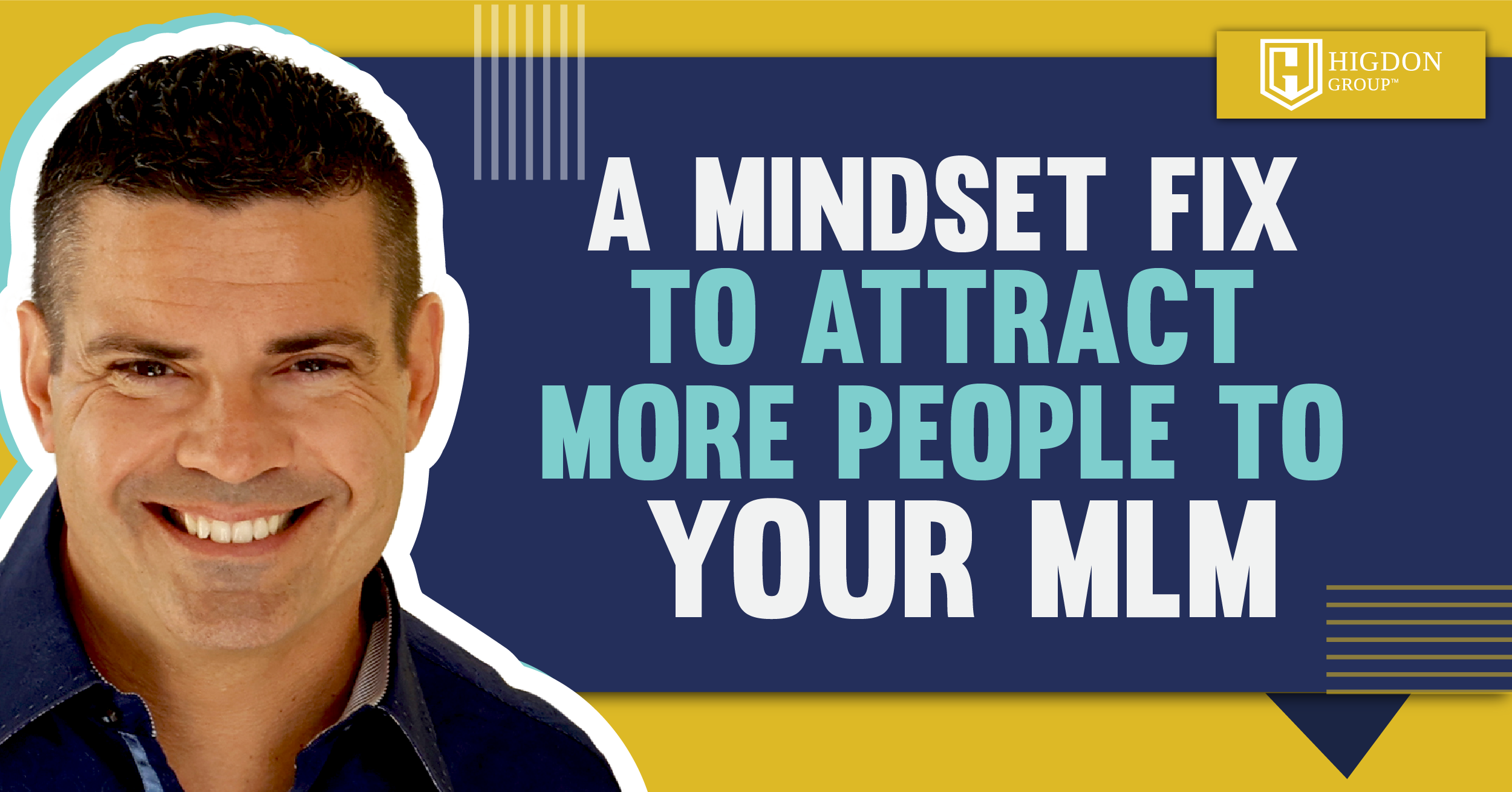 A Mindset Fix To Attract More People To Your MLM

Staci: Oh, I love this. I love this because this is a mindset thing that I think, oh man, there’s so many people who deal with this. “I have to look at myself and wonder why I’m not attract people who want to be in MLM.” But the reason why this question stood out for me is because I think there’s probably an awful lot of people listening right now who have a version of this sentiment floating around in their head. What is it about me that people aren’t interested in joining me? Why am I attracting people who don’t like MLM, have negative things to say, what’s the problem? And they’re blaming themselves.

So there’s a little bit of beating yourself up there. And I know you probably didn’t mean it to come across that way, Nancy. But I think it’s common for us to feel bad about ourselves if we’re not getting the kind of results that we think maybe we should be getting. Here’s the truth. There is a certain stigma around our profession still to this day. Is it deserved? Not so much anymore. But do you know why we got that stigma because of people who did it wrong enough, long enough. That’s how it started.

Think of it this way, thanks for letting me know you’re not a good fit for my team because now I can move on. Tell me, yes. Tell me no. Tell me quick. gots to go. And if you start thinking about it that way and not taking any energy to focus on why they are the way they are, it’s none of your business really. Doesn’t matter. They’ve got issues. They’re looking at life through their lens that has nothing to do with you. Your goal is to sift and sort as quickly as you possibly can to get to the people who are on their hands and knees, praying for the solution that you currently have at your disposal to share with them.

That’s your job. It’s to find people who can benefit from your product and to find people who can benefit from your opportunity and all the other people with all their negativity and all the things that they might say. See ya. Bye Karen, bye Felicia, bye whoever was saying bye to this week. But I would love it, Nicole, because I know you have so many things you could add to this. There is a [inaudible] around feeling like we’re not worthy, or we don’t have all that much belief in ourselves and what we’re doing. I don’t know. You want to tackle that?

Nicole: Yes, a little bit. Nancy, we don’t want to beat you up. We’ve been where you’re at. We’ve been on the other side of that velvet rope, where we feel like everybody else is doing the do, and they’re finding success and we’re not. And nobody likes us. And we don’t know what to say, and we’re not worthy of it. And we’re not doing all the things we know we should be doing. We beat ourselves up constantly, constantly.

So I would suggest that, to help you feel better, I want you to make a list of things that you have accomplished. Because we’re going to talk just for a second about who you should be reaching out to. When I talk to people and say, let’s find your niche, let’s find your avatar, let’s find the people that are like you. And they’re like, “uh.” I’m like, “Oh, you don’t want to find people like you?” It’s because they haven’t even been down the road of self love yet, because they don’t think that there’s anybody out there worthy of they’re finding someone like them. They don’t feel worthy yet. So, make a list of things that you’ve accomplished in your life or things that you’ve overcome, Nancy. Because you need to remind yourself that you are worthy and people deserve you. You have a lot of value to offer, and it starts with you getting into work.

When you feel like you’re [inaudible] by something and you feel it coming on, you see somebody winning and you’re not, or somebody responds to you and says, “No.” Or, “Leave me alone.” Or, “I’m not interested.” If those things are really hitting you hard emotionally, I want you to recognize it and do whatever you need to do to shake it off. If it’s a little prayer, if it’s a walk around the block. I want you to break the habit because you need to recognize that emotional trigger. It’s a biological thing. Your hands start sweating. You start sweating. You feel the cortisol rising up to the eyeballs and it doesn’t feel good. It hurts. It physically hurts, as much as it mentally hurts. So start with that, recognize those emotional triggers and realize that those emotional triggers and the way you’re feeling is not your reality.

Who you are right now is not the reality that you want. Create it. And it can happen for you, but it will not if you’re not doing the work. We’ve all been there. Trust the process, and surround yourself by people better than you that’s going to help you put them on your shoulders and help you along the way.

Staci: Yeah, absolutely. That’s why I wanted you to tackle that because I knew you were going to bring it. And for everyone, I want you to understand, because worthiness is really at the crux, or feelings of lack of worthiness, are really at the crux of what keeps most people stuck.

And you have to realize that your worthiness is not conditional. Can you please let that sink in? Because I think a lot of you feel, and I used to, I used to struggle with this big time, so I know from personal experience how much effort it took to overcome this and I still haven’t totally overcome it. It’s a daily process. But you have to recognize that your worthiness is not conditional. There are no conditions attached to you being worthy. You’re worthy because you’re alive and there’s blood coursing through your veins.

And you’re here with a purpose. God does not make junk. You have a mission. And if your mission were complete, you would not still be here. So there are things still left for you to accomplish. And if you feel in your gut, like you were meant to do what you’re doing, you were meant to have a bigger impact to play bigger, to change people’s lives, to facilitate that for people, then you are. So just recognize that your worthiness is not conditional. If you can’t really step into that, at least start to believe it. At least start to tell yourself that. Wrap your head around that. Because if you can, if you can just get that piece, it will unlock everything. It really, really will.

Thank you for sharing that, Nicole, because I knew you would be

Nicole: Can I get an amen, 100 of them? Because that is the truth. Oh my goodness, your worthiness is not conditional. Nancy, you’re amazing.