How To Effectively Communicate Through Social Media

Building a on Brand Social Media 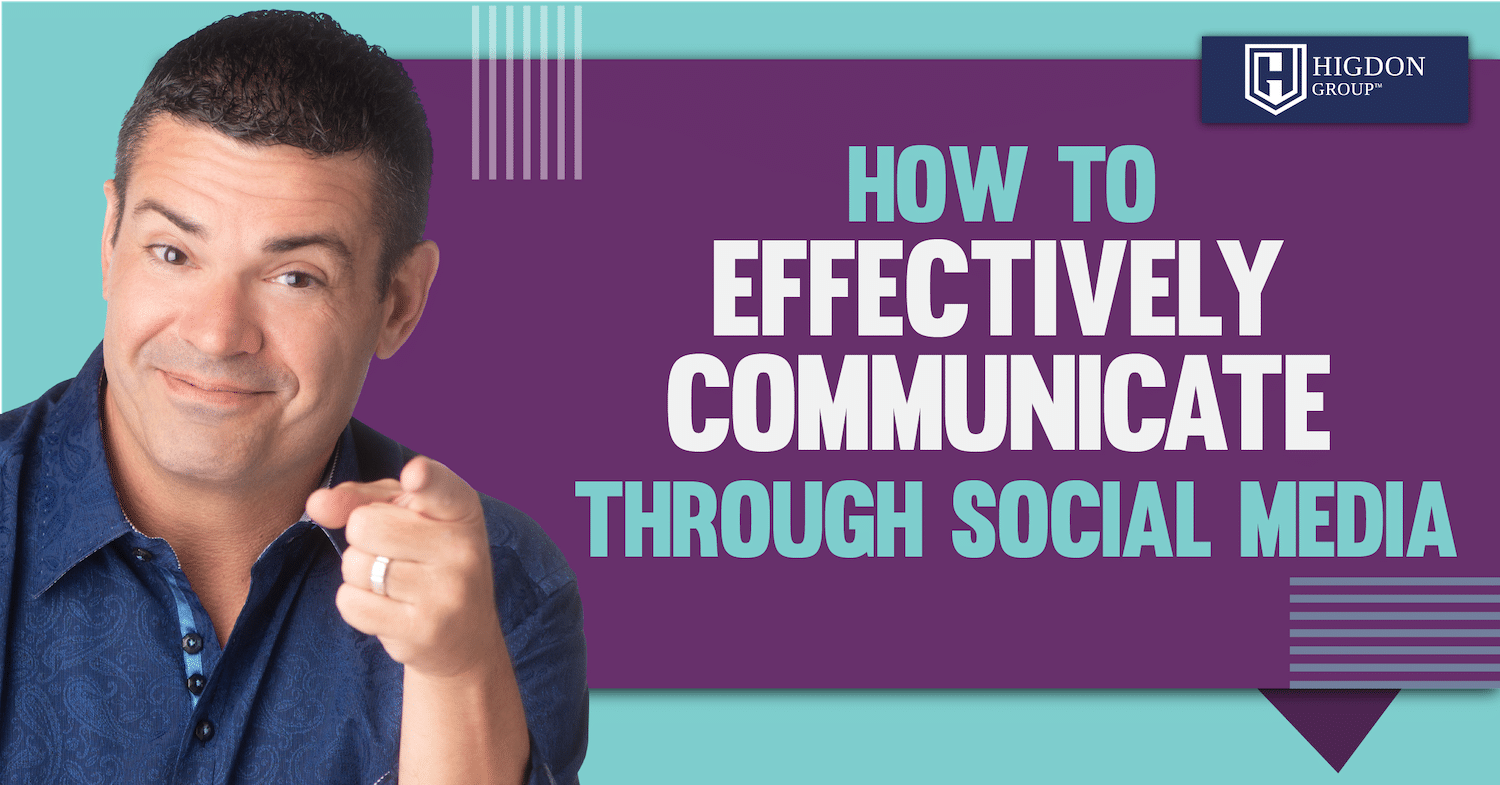 How To Effectively Communicate Through Social Media

Speaker 2: Yeah. So I, have a question for how to coach people through using social media a proper way. Specifically, what I mean is people who get on social, they’re brand new to network marketing, or maybe they’re even a few years in, and they use it as a billboard ad instead of a way to communicate and, to connect with other people, to build a following and build their brand.

And then they use it instead, they think if I post the name of my company up in my header and I post all kinds of ads about my company, that’s what’s going to get me to build my business message, it’s going to grow my business when it’s actually doing the opposite. How would you coach someone through that?

Ray Higdon: So one, if someone’s on my team and hold on, I’m trying to adjust something here. If someone’s on my team, I purposely that is too complex of a coaching for me to do personally, I want to rely on a resource. So, and I’ll answer the question, but I do want to call that out of I don’t ever, when a coach an individual, coach an individual on my team on that complex of a subject matter because they can’t coach anyone on it.

So whatever you do for your team, they think they have to do. So, I want to rely on a resource. Now we created one, we created freakishly effective social media for network marketing, and we’ll give away some of these copies, but this was designed to be handed to the person that is clueless about social media and help them, not just, not do the dumb things, but also just actually be effective at social media.

You could, a, give this in their hands, because it’s, we created it specifically for people that really don’t know social media, or you could study it and you could ILT it and create a video around it. But what I would absolutely discourage is; Hey, let me meet with this person for an hour and I’ll go over all this stuff. Instead, I would create either a series of videos or hand them this book or something like that, that they know they can point people to when they come on board and they have someone with the same exact problem.

And so that step, kind of the over the 50,000 foot view, as far as, coaching them or what steps to put in a resource, I would just say, listen, people don’t go to social media to purchase. This isn’t like a Craigslist, it’s not like a flea market. They go to learn things. They go to connect with people and understand that there’s two levels of building your business; there’s prospecting, there’s marketing.

Prospecting is active where you’re reaching out to an individual, whether you know them or don’t know them, and you’re asking them questions to hopefully get them toward more toward the sale. Marketing is passive where you’re posting something you hope someone reacts or responds to.

And that’s just not how it works because who is on social media, other humans. So it’s still, you still got to learn communication, you still got to apply books like how to win friends and influence people and things of that nature.

And number two, they don’t, again, they don’t think of it as humans, they think of it as a flea market. And there’s so many people on social media, someone will see my website. And so social media was the best thing to happen in network marketing, and the worst thing. Because if you were a terrible networker in the seventies, you can only piss off so many people in your village. I mean, the 12 people that would see it coming down the sidewalk with your samples, they’d dive into the bushes.

Now a worst networker has access to hundreds, if not thousands of people. And so, helping them to understand it’s a people game, we have to attract people, we have to attract humans and humans are interested in value, they don’t typically go to social media to purchase. And so that’s kind of a quick and dirty, obviously in the book we expand on that. I mean, I think there’s about a hundred pages in the book. And if you don’t embarrass, if you don’t have this book, I’ll send one out to you. Do you have one ?

Ray Higdon: Well, I mean, yes, that, that is a solid point. The biggest point of this is that it’s something that’s repeatable. So, when you coach someone, 30 minutes, 45 minutes, an hour, it’s not, they can’t rewind it, they can’t replay it, they’re not going to remember it. They can’t point people to it. It doesn’t exist in the cloud. And now they think that’s their job when they build a team, that they have to do these hour long coaching calls. And that’s what actually creates a lot of sabotage is people have this amazing upline that can answer every question in the world.

And they’re like, well, wait a minute. I got to do that. Dang, I don’t want to get that position because I can’t do that. And so the main thing, whether it’s this book or someone else’s book or, your own thing, when you’re pointing people to a resource, you have to teach to teach. So if someone came to me and said, Hey, I don’t know what I’m doing on social media, I’m brand new to, what do I do? I’m going to say,

Hey, great question. You know what, we have a great video in the library and the archive, or we have this book, and the cool thing is when you bring people on that are in your same situation, you can point them to the same resource. And they’re like, oh, whew, man, that’s awesome. Okay. How do I, how do I get it or where do I access it? And so that’s kind of the main thing there.

Speaker 2: Love it, Thanks Ray