What It Means To “Be The Reason”

We all have reasons for doing what we do and working for what we work for.

Today I’m sharing my reasons for showing up every day and what’s important to me in my life.

Be the reason for __________. You can fill in the gap there depending on how it applies to you, but I’m going to give you some examples of my reasons.

First, I want to talk about the concept of “Be The Reason” before we dive in.

So what does it mean?

So think about your reasons, and which of those applies to you in your life, as I share my reasons below.

I’m going to give you three examples that apply to me and they aren’t necessarily in order.

Number one, is Viktor Frankl. As soon as I said his name, I could feel it. His book is called Man’s Search for Meaning and it totally changed my perception on life.

Victor Frankl was a Holocaust survivor and he was in a concentration camp. In his book, he talks about just the travesties, injustices, and inhumane things that were going on.

He talks about how they were so undernourished and underfed that 40-year-olds were falling over and they’d break their hip, because they’re so malnourished and lacking nutrition.

He also talked about how people in the camp were often killed or beaten for insane reasons that don’t make sense.

Number two is Brene Brown, actually. I saw her special on tv where she talks about vulnerability, and it was just so powerful and raw.

She was talking about parents and their kid. I don’t remember how old the kid was, I think maybe seven or eight years old. Don’t quote me on this, watch the special but I’m going to sum it up in my own words.

Brene Brown talks about how she used to spend time with a lot of people who had been through traumatic experiences. And she tells the story of these parents who worked and a child who acted up and they all used to slam the door in their house. That was the thing they did – slam the doors. It was their trademark move.

Eventually, the child ended up passing away and after their kid died, they missed him so much that they would go and slam the door.

And so, she is a reason for me.

I’ll give you one more. One of my mentors and one of my very good friends, Mark Hoverson, who passed away a little bit over a year ago. He is my third reason.

He was my reason for a lot of things, actually. He’s the reason I use humor in my videos. Before Mark, I was more the professional guy. So one day we were smoking cigars, which I hated and Mark loved, he said to me, “You’re hilarious, but nobody knows it.”

He goes, “Dude, you have got to use some of that humor in your marketing.” So if it weren’t for him, my videos would still be professional and less funny.

The other thing that made him ‘the reason’ for me,  is when I watched him go through chemotherapy when he had a broken back, and tumors, he was still doing Facebook Lives.

Literally 60 pounds, skeleton body, and he was doing lives. With no reason to be doing them, but he did it. Up until the day he died. 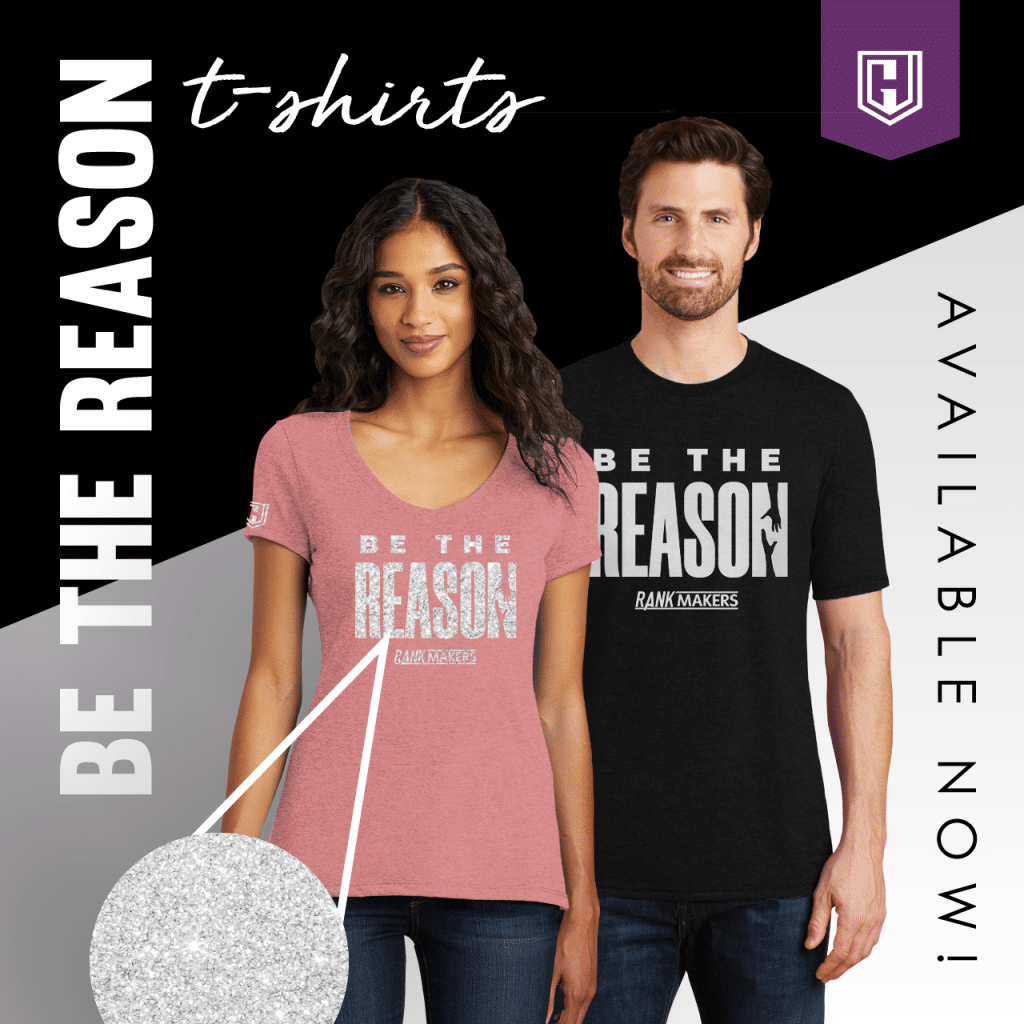 So that’s three examples of people that were reasons for me.

I like to think that my mission is to be the reason for a few types of people. I’d like to be the reason for people that went through abuse. Up until 12, I was very physically abused. Most mornings I was woken up by being grabbed up my ankles, thrown against the closet and stomped. That was my life. I remember going to kindergarten with a bloody nose and had to tell everyone that I ran into a door.

I remember having to wear turtlenecks because my neck was clawed so much.

So I’d like to think that maybe I’m the reason for someone who went through abuse.

Maybe I’m the reason for people who went through depression. When I was 19, I was completely in love with this girl. I remember finding out that she cheated on me with multiple friends of mine, and I tried to kill myself.

I don’t like to talk about it much, but maybe I’m a reason for people like that.

Maybe I’m the reason for people that have lost it all. I’ve been dead broke, twice.

Let that guide you.

Instead of being the victim and having the mindset of “Here’s all the stuff that I went through, which really sucks and I didn’t deserve,” to, “Let me live out a more powerful story, be vulnerable and share what I went through, and help others as well.”

How can you be the reason for others? Give it some thought.