Why You Shouldn’t “Flirt” with Other Network Marketers While Prospecting 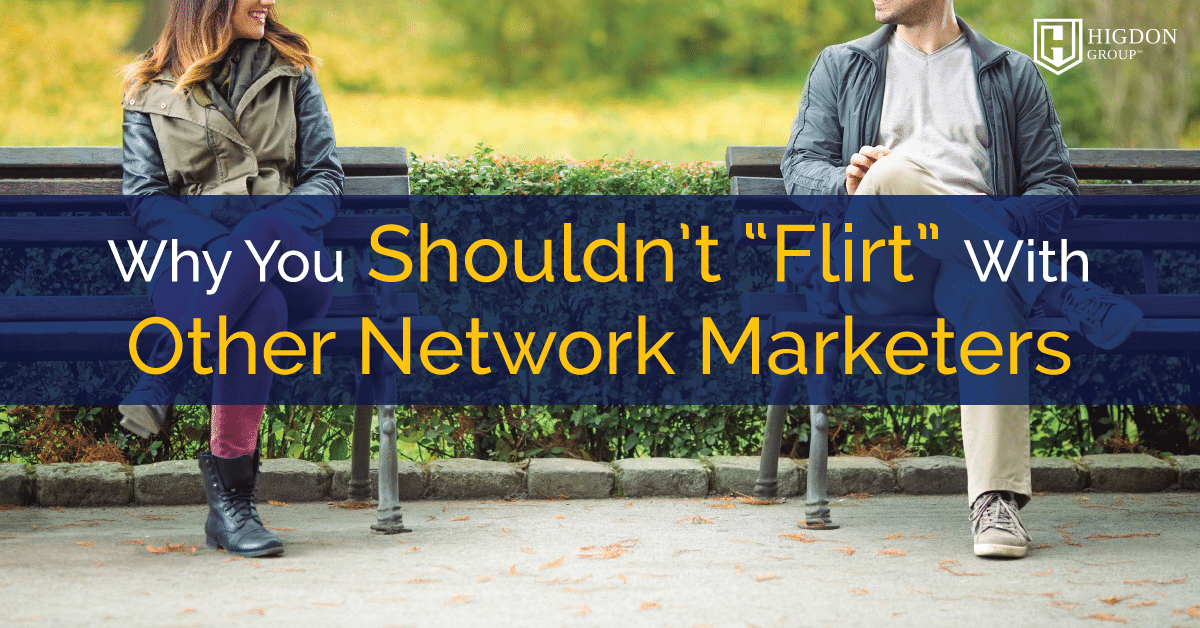 Here’s one of the Rank Makers Trainings that many leaders in Rank Makers wanted to share with their team.

I get fired up and share my un-censored thoughts on “Flirting” with other Network Marketers.

Why You Shouldn’t “Flirt” with Other Network Marketers While Prospecting

I’m really am not a fan of that.

And I’ll tell you, I wasn’t trained that. No one trained me not to do that.

Early on in my career, I never tried to poo-poo a company to get them to join mine.

And so, my suggestion to you is it’s fine to make friends with people in other networking companies, but for you to target people in another network market company is you flirting with a married person.

That’s you seeing a married couple at the bar and you’re waiting for the girl to go away and you swooping in and approaching. That’s how shady I see that activity. I hate it.

What Happens When You Steal Other Network Marketers

And by the way, let’s say that you steal that married person.

Yes, I’m saying that on purpose. I know, I know that you may be like, “Ew, I don’t like that feeling.”

I want to just ask you this question: Do you think it’s possible that someone else might steal them from you?

You think karma might rear its head, and then you’re like, “Dang it, someone wrecked my home. Dammit, that’s not cool, man.”

Back when we were in a network marketing company, I used to get people from other companies that joined mine. But, let me tell you the difference here.

I was NOT targeting them, “Hey, if you’re unhappy with your company, come to me.” I wasn’t targeting them, but sometimes because of the value I provided, people might come to me and say, “Hey, I’m leaving my company, I’m out of here. What is it that you do? I’ve always liked your training?” That’s different.

They’re on the way out of the relationship already. I didn’t lure them away, I didn’t pepper them with flyers, I didn’t slip them a note when their spouse was looking the other way. All I did was I provided value, they remembered it.

Early on in my career, when people asked me to speak on their stages, I didn’t try to be a home wrecker.

I can tell you right now, if I had been trying to break up homes and trying to be a home wrecker, if I had done that, my reputation would have been shot.

And there’s so many opportunities that I’ve had over the last ten years that I wouldn’t have had.

Because people didn’t say, “Yeah, he’s a home wrecker. You know that, right? You know he targets other companies, right?”

My suggestion to you is don’t fall into that shady marketing.

And so, I would just suggest to you, if you happen to talk to somebody and they’re in another network marketing company and you just didn’t know, and they say they’re happy, tell them, “Way to go, that’s awesome. Hey, congratulations, rock it out. I wish you the very best.” Maybe tell them about Rank Makers.

If you’re a Rank Maker, we are here to represent the profession a little differently. We’re not telling people that they’re an idiot because they have a job, we’re not bashing other network marketing companies. We’re all in the same mission, and the mission is to uplift the every day, ordinary person, help them with fulfillment, with joy, with freedom, with time freedom, money freedom.

So, let’s not have this in-fighting, let’s not have this shady luring of the married people over to your neck of the woods. It just doesn’t look good, it’s just kind of gross. There’s way more people not in network marketing than in, so let’s start acting like it. So, that’s just my take, that’s my opinion, and I’m sure there’s some people that don’t agree. They’re like, “Well, that’s how I built my team.” Well, probably how you’ll lose your team too. Just saying.

If you enjoyed this post about Why You Shouldn’t “Flirt” with Other Network Marketers While Prospecting, retweet and comment please