Why Really Shy People Can Crush It In Network Marketing 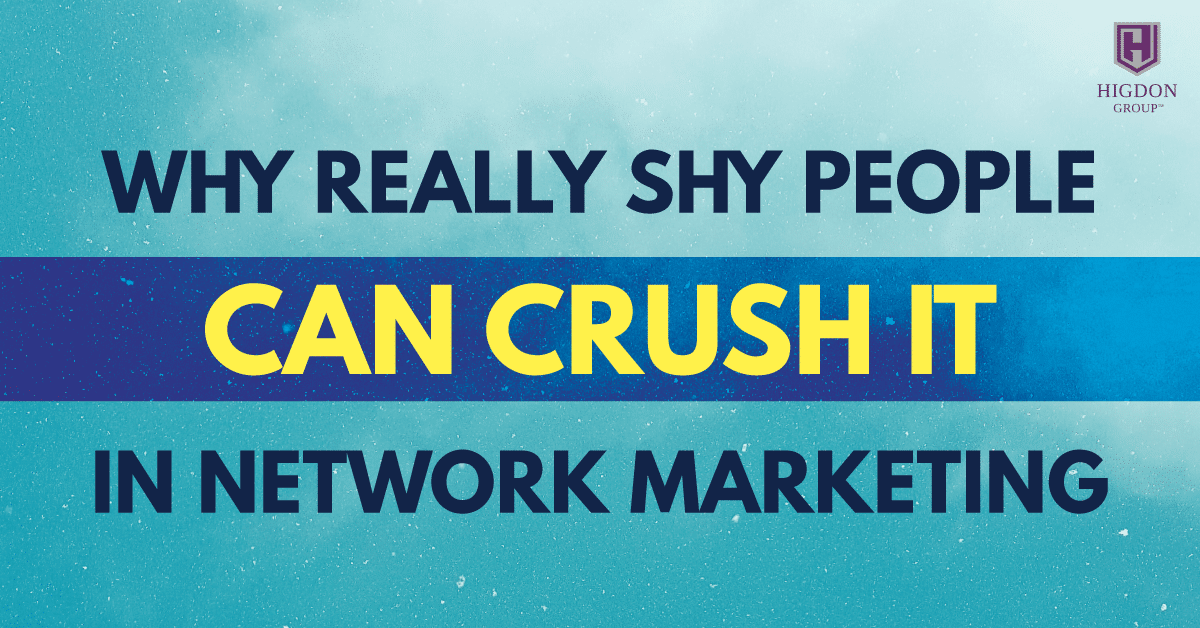 Do you have introverts on your team that you are trying to help?

If so, here’s how to get your introverts out producing anyone else.

Why Really Shy People Can Crush It In Network Marketing

So first of all, (and this might hurt some of y’all alpha dogs…) I believe that introverts are MORE duplicatable in network marketing.

And the reason is an introvert is more likely to actually follow the system, okay?

When I tell an introvert, “Hey, stop trying to use charisma and personality and instead use the damn tools.”

They’re like, “Well, man. I could do that. You’re saying don’t say much to them and point them to a video? Man, I can do that.”

So where the extrovert will try to use charisma, personality, persuasion, which is NOT duplicatable.

The introvert is like, “I don’t know what the hell is going on, but watch this video.”

For me, introverts are more likely to have duplication IF they’re told that.

So, introverts need to be told that they are more likely to have duplication. Because I really believe that’s true. I’m very serious about this.

Use The Tools & Events

Building your network marketing business is tools and events. That’s your business.

Stop trying to be the personality game show host, and instead just be the pointer.

So, an introvert is more likely to rely heavily on tools which will make you more duplicatable.

I guarantee you there are people who are introverted and shy that have made it happen inside your company.

One of the things that I would do, is I would locate examples of stories.

I would love to see if you could do an interview with them, or have them on your team call, or get a video of them sharing.

Introverts Can Be Better At Closing During Presentations

I go to this meeting and there’s a guy there who’s just slick, man. He’s Slick Rick, he’s just making it happen. He was good. A good presenter. Had a deep voice, very authoritative, very powerful. He had all these cool stats and stuff. It was like, man. This guy’s good.

So, you know, I would invite people to his presentations and I would get 10 people there. One to two would join.

Now, what was interesting is I hear he’s speaking, “Oh, he’s going to be speaking,” so I get people over there. I get there, and he’s not speaking. Instead it’s someone else.

So it’s a woman presenting, which is totally fine.

She is not interesting and people are checking their phones. They’re just like, “Oh my God.” And then she gets to the income disclosure statement.

They ALL sign up. Every single human being I got in front of her ever signed up.

My man Jeff Altgilbers is one of our good friends and one of our clients.

He says, “I don’t sell the burger. I sell the franchise.”

So, just curious, is it MIT rocket scientists that run McDonald’s franchises? Or, is it 18 year olds?

If you’re a heavyweight champion of persuasion, then they’re going to say, “Good for you, buddy. I can’t do what you do. I’ve got no shot.”

They can’t do what you do if they’re impressed by your charisma.

If you enjoyed this post about Why Really Shy People Can Crush It In Network Marketing, retweet and comment please