What’s Preventing You From Playing Big In Network Marketing 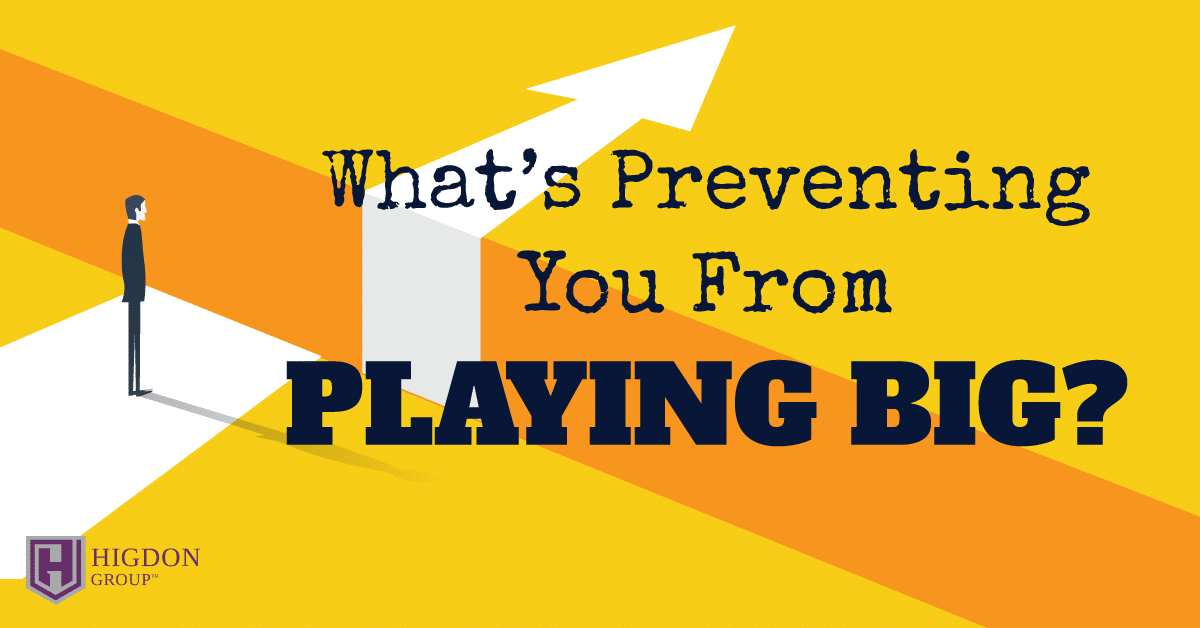 Are you not playing as big as you know your are capable of?

Here I shine a light on what may be holding you back from achieving your goals.

What’s Preventing You From Playing Big In Network Marketing

“As we let our own light shine, we unconsciously give other people permission to do the same”- Marianne Williamson.

How powerful is that?

You see, before you experience this, it may be common for you to think:

If you operate that way, there are so many people that you would have impacted but won’t ever based on that way of thinking.

You have to be willing to get around the people that want you to see you shine your light.

One of my favorite movie clips is from Good Will Hunting.

In Good Will Hunting, Matt Damon and Ben Affleck are best friends and they’re construction workers.

But Matt Damon is a math genius. Off the charts. Blows away college professors. He’s just next level genius.

Every day drives Ben Affleck up to Matt’s house, picks him up, takes him to the construction job.

And one of the days Matt’s telling him, he goes, “Yeah, you know, I’m getting all these job offers and they’re wanting me to do military intelligence and stuff like that. I just love you guys. I just want to work with you guys.”

And Ben Affleck, true friend, says, “I got to tell you. Every day I drive up, I hope you’re not here.”

And he says, “What? What are you talking about, man?”

And he goes, “Dude, I don’t have your potential. I don’t have what you got. For you to waste it breaking rocks with us is a shame. I love you and I’ll love you as long as you’re here but every day I hope you’re not here.”

Now, that’s a friend that isn’t selfishly controlling them and putting them in a box that serves them.

Would he love to be besties the rest of their life? Of course. That would be a shame on him as a friend.

So, if you’re worried about shining your light so brightly that the people around you are impacted negatively or think badly of you, then they may not be the right people for you long term.

We Only Have A Limited Time

We only have so much time. Do you realize that?

I heard Oprah Winfrey say, “Life is not a dress rehearsal.”

It’s not, “Let’s hangout with this group of friends for this life but boy that next one, I’m going to really level up.”

The right people will support you.

You heard Johnny talking about pushing his car, right?

He sat there and waited and like, “Oh, no one’s helping me. Come on guys.”

But when he started pushing it other people joined him.

Well, guess what? The right people joined him.

The right people started pushing his car with him. That’s the deal.

That’s a self reflection on themselves always.

And, I’ve had this at every job I’ve ever had, every business I’ve ever done. Everything I’ve ever done there have been people that I was associates with, friends with, and some didn’t like it. Didn’t like how we showed up.

That’s okay because other people did.

You will have people show up that want to celebrate you, that want to soak in that sunlight that you’re putting out. So shine.

If you enjoyed this post about What’s Preventing You From Playing Big In Network Marketing, retweet and comment please