What You Should Focus On Before Social Media Engagement 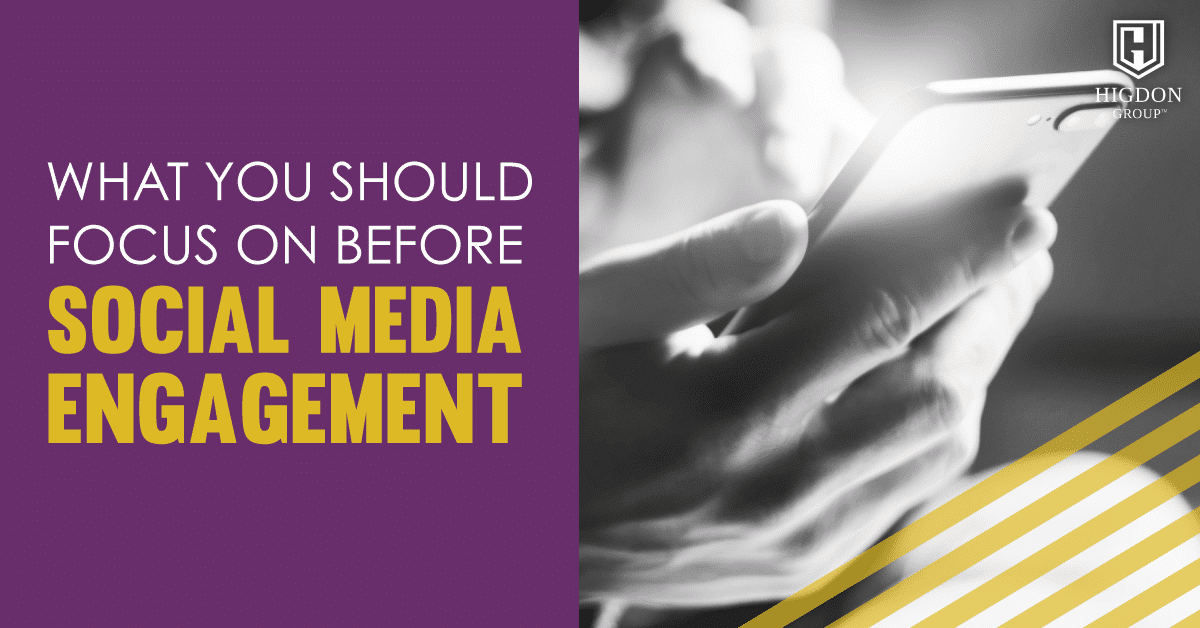 Are you wanting to increase your exposure on social media?

What You Should Focus On Before Social Media Engagement

When I started this social media journey, to be honest, I didn’t know enough to really think about engagement. And, I’m kind of glad I didn’t.

I know that sounds funny but this is the truth.

I swear to you this is the truth. Before I had read one article on engagement or listened to one expert spew about algorithms or engagement, we had already made $15 million in the space and online.

Right now, yes, we get way more engagement than we used to, no question, no doubt. But, when I was getting five people commenting on my stuff, I reached out to each of those people and saw they were open to my product, service or opportunity.

But it’s made me realize something…

It’s made me realize how much more freaking time it takes to master the algorithm and the kung fu battle of engagement.

I know people that aren’t making a damn cent, and they spend hours a week working on the algorithm. They’re like an engineer with their little abacus, “If I post at 2:15 PM, and then I comment on the first one and two at 11:00,” right?

There’s so many people that aren’t making a damn dime that are having no conversations that aren’t selling anything on social media. They’re so up in arms about making sure we get engagement.

So, you can be a really engaged poor person.

You can be a super algorithm no-rank.

You have to focus on conversations.

And. I see so many people that they’re getting their third course on algorithm, but they’re not having any conversations. They’re not speaking to human beings and saying, “Hey, you open to my product or not?”

You have to manage your time.

If you’re coming on social media and you’re spending all the time on algorithm and this stuff, right? I’m not saying it’s a bad idea. But what is a bad idea is if you ain’t making money, then algorithm is down there somewhere.

Connecting with human beings is way the hell up here. You got to stop spending so much time on stuff that doesn’t make you money.

Now, if you’re an engager, if someone comments and you engage on them, guess what? I’m going to tell you a little secret. You actually can’t get too much engagement because if you do, you won’t have enough time.

If you do this business properly, and you’re doing this part-time, then you’re reaching out to every person that sniffs their way at your picture on Facebook. Someone sniffs in the general direction, right?

You’re like, “Someone just sniffed my picture, bro. Hey. Hey, what’s up? Thanks for sniffing my picture, man. Hey, I’m just curious. I don’t know. You may not be up here, you know, tree. It may not be the right kind of deal. But hey, you open and take a look at what it is that I’m doing.” People sniff in your direction.

But see, so many people, they’re like, “I got to build my engagement muscles, man. How much you making, bro? I got 250 likes.”

Your likes, your comments, aren’t even pesos.

But people are spending two hours a day collecting non-pesos.

If you have two hours a day, how many people are you asking if they’re open to your product, your service, your opportunity or you’re just in Engagement Land?

Congrats. You’re not making any money. You’re no-rank engaged though. You engaged, my friends.

I’m not saying not to learn it. Learn that cool stuff, man, and then you get more likes on your family boating trip. Awesome.

While you’re doing that, I just beg you. If you want to make actual money and things that are even better than pesos, then reach out to human beings and the few people that do comment on your stuff.

There’s no currency conversion for likes and comments. Doesn’t exist.

Can’t turn them into the bank.

You can’t go to the airport and say, “Yes, I’d like to turn in some of these. Here, you got a big bag of comments. I’ve got a big bag of likes here. Here’s some loves even. Here’s 14 ha-has. What does that equate to?” Nothing.

Absolutely nothing unless you’re reaching out to the people to see if they’re open to your product, your service, your opportunity.

At the end of the day, your money and your rank and your company is equivalent to how many human beings are you asking are they open to purchasing your product, your service or joining your opportunity. Period.

So, engaged, not engaged. You show me somebody that gets four comments a day, but reaches out to every single one of them, and I’ll show you someone who’s probably making money.

You show me someone’s getting 100,000 comments a day, reaches out to none of them. They’re probably not making any money.

So, prioritize, my friends. Learn that stuff but don’t sacrifice all your time on that stuff. Reach out to human beings, guys.

If you enjoyed this post about What You Should Focus On Before Social Media Engagement, retweet and comment please