The Unfortunate Example Of @ElonMusk 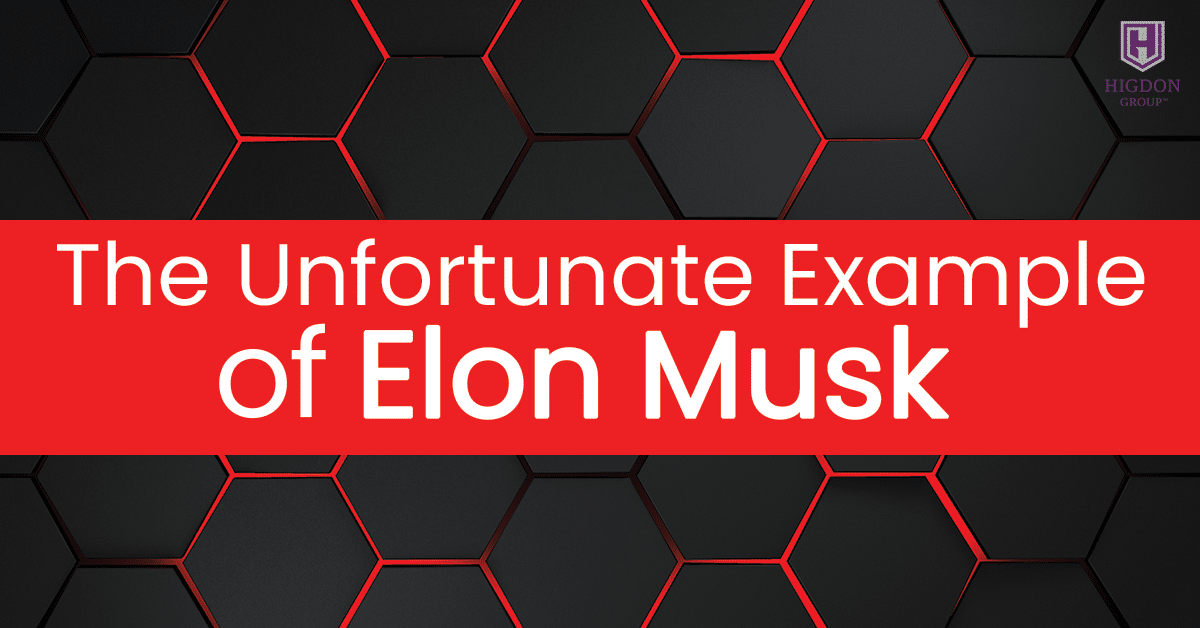 Elon Musk got some heat on Twitter. He fired back with the hard truth.

Here’s the big mindset lesson about earning wealth for the masses.

This training comes from our Private Community, Rank Makers. We normally don’t share these trainings, but many Rank Makers want to share this training with their friends and team. So, here it is!

If you don’t know Elon Musk, I think he is amazing.

So, Elon was bullied as a kid. When he was like 11 he was pushed down a flight a stairs and beaten. He didn’t have the easiest life growing up.

He started doing different business things and he actually is one of the creators of PayPal and he started Tesla (which I am a humongous fan of and I have a Tesla).

But Tesla is just an amazing vehicle and it just blows me away that it even exists because you don’t put any gas it. The only liquid in it is the windshield wiper fluid. Crazy, it’s crazy to me that, that exists in the big oil kind of scenario that we’re in and I have a few theories on why that is but we won’t go into that.

He’s constantly a soldier of good and yes he’s a billionaire. But, almost a daily basis he’s looking at ways to improve the planet.

So, now all these other companies are scrambling to try to catch up to Tesla. But Tesla is just incredible as far as technology and how far ahead they were of everybody and it’s just crazy.

The Unfortunate Example Of Elon Musk

Elon commented on Twitter the other day, he said,  “You know, it’s interesting that any time the media mentions billionaire it’s always in a negative tone. It’s always like, ‘Oh billionaire.'”

They’re not gonna talk about the good deeds of millionaires and billionaires. They talk about, “What are these corporate fat cats getting rich off the backs of us little people?” And so that’s typically their message. It’s also the message of Hollywood.

I’ve shared this before but if you watch Titanic, the rich people are like, “Will we be seated according to class?” And the poor people are dancing around just having a great time and they’re just the highest of virtue people and there’s no correlation, right?

Believe me, I’ve seen it happen.

The media will continue to propagate the mindset of the masses and keep that, “Let’s keep the masses thinking the way that they already think and keep em down there.”

And it’s funny ’cause politicians now do this so a lot of the politicians that are anti-capitalism are really, really wealthy. How did that happen? I’m so confused, right?

So there’s a lot of, a lot of politicians that are screaming at the top of their lungs for socialism and for, “Darn these millionaires and billionaires and fat cats,” and are worth hundreds of millions of dollars. So you need to open your damn eyes, right?

Elon said, “Hey, it’s interesting to me that when the media mentions billionaires it’s usually in a negative stance.” Which I agree with. I think that’s true.

And there was a guy on Twitter that said, “Well, that’s just because, you know, you feel guilty over all the money that you’ve made and so many other people are broke and how you need to give back.”

It’s such a big lesson for you to really get and so Elon replied to that and he said, “No, it means I created jobs for 50,000 people directly and through parts suppliers and supporting professions, 250,000 people indirectly thus supporting half a million families. What have you done?”

And so you need to understand that when someone has a large vision and someone is up to playing big and is generating a large amount of income, they’re not doing that in vacuum. They’re not sitting atop a hill and just siphoning money from the populace, they’re employing people. And, they’re also bringing income into the economy. They’re also purchasing things.

What Elon doesn’t talk about is, how many jobs does he support just by being him?

So he probably helps hundreds of thousands of people just by him eating at restaurants, having company gatherings. You know,when he holds a gala, when he holds an event, how many hotel staff is taken care of?

What Has The Critic Done?

And then he asks, “What have you done?”

And then one person I saw comments and says, “Well yeah, you got 50,000 poor people working for you to make you rich.”

And that’s the mind of the masses that you need to eradicate or you will always lessen your impact.

Now in a free market system that’s not burdened by the government, the people have a choice.

And so in a free market system, then people have choice.

They’re able to go to wherever they want.

Is it possible that he pays the bare minimum and just skates by the government regulations to pay the absolute minimum?

Don’t Limit Yourself & Your Impact

I have a friend who is from MIT that has friends that work for him and they get paid very, very well.

But imagine if he had that hang up. Imagine if you have the hang up of, “You know what? If I made a million dollars a years, there’s a lot of people in my organization that aren’t gonna be there and I don’t wanna be me making all the money and them not.”

If you think that way then you’re gonna limit the amount of people you ever expose to your product, service or opportunity and limit the possibility of impact you could make.

You’re gonna limit the possibility of impact that you could make.

And what if Elon had thought that way.

For those who’ve been following what he’s been up to, when the soccer team was trapped in the cave in Thailand he spent all kinds of money to create a small submarine.

He created from scratch, a small submarine to try to help them.

Like imagine you have built a business and a wealth so much so that you see a world problem and you go and spend millions and millions, maybe tens of millions of dollars, to create a possible solution. And you’re okay that they don’t even use it, right?

Helping People With Your Products

You gotta stop and really this is one of the core values of Rank Makers is to really drill into you that making more money is not a bad thing.

Now could you be a sports bookey, a car salesman, an attorney? Could be in other occupations, make lots of money by screwing a lot of people over? You probably could, right?

In network marketing, if you don’t go out and tell people about the possibility of your product, service or opportunity and you don’t provide them with a system or help them plug into a system then you’re never gonna make a lot of money. And so you literally can’t get rich on network marketing off the backs of others. You can’t because you’re providing the possibility that they go out and change their life, that they have unlimited possibilities.

You gotta eradicate that because if you don’t eradicate that then you’re gonna lessen the amount of impact you could possibly have by introducing people to your practice or opportunity and also what you can do with lots of money.

You wanna build a school in Guatemala? Go build the school if you got the money.

You wanna build a water well in Kenya? Go build the water well, if you got the money.

Versus complaining about some other billionaire. “You should build that water well.” You go build the damn well. You go build it. Stop wagging the finger those you think are making more money and you go do it.

And, I guarantee silence.

I’ve read lots of stories about Elon of him working like a banshee, working non stop, working all the time trying to find solutions, coming up with different solutions, working his face off only to have some schmuck on Twitter say, “How dare you, billionaire? You just feel guilty.”

Elon is guilty of what? Working his face and providing a solution to the planet that helps.

How many millions of gallons of gasoline are no longer used because of his car?

Elon Musk should be lauded, praised and a thank you for creating all these jobs but instead is demonized.

Think Different Than The Masses

Eradicate yourself if you have those negative thoughts about money.

If you have them it’s pretty natural because the media’s been shoving it down your throat your whole life.

Hollywood’s been shoving it down your throat your whole life so it’s natural for you to think that way of millionaires, billionaires are “Greedy, selfish. They earned off the efforts of others and how dare they?” Right?

So that’s natural. It’s not your fault, you’ve been programmed by the mass media and by Hollywood.

Eradicate yourself from that.

Vaccinate yourself from the concept “That’s never gonna happen to me. I’m a giver.” Well, is Bill Gates, is he not a giver? He’s one of the top three wealthiest person, he’s raised billions of dollars. Bill has given billions of dollars!

You start small but at some point you’re gonna be watching this video and you very well could be a million dollar a year earner watching this video a few years from now and just look at what we’re gonna do. We’re gonna do some really, really good stuff for this planet but we wanna get more money in your pocket. We want you to have more resources. We want you to have more possibility. I hope that this lesson helps you out, I really do.