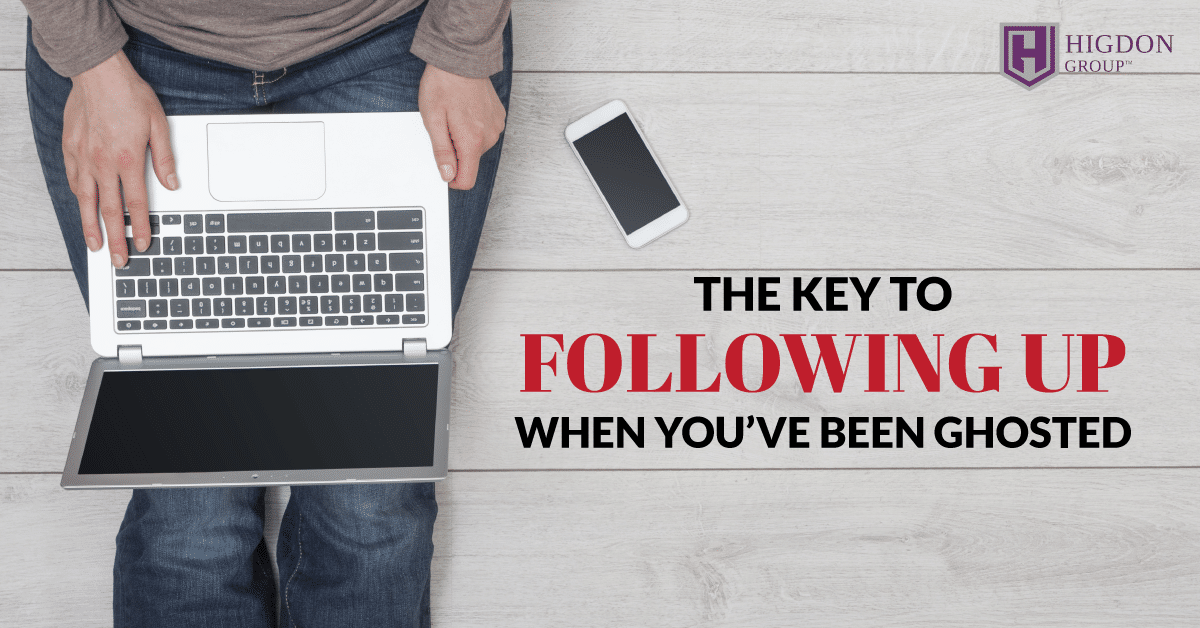 Have you been talking to a prospect and they say they are going to join, then don’t?

Here’s my exact follow up method to stay postured when you’ve been ghosted by a prospect.

You’ve been talking to somebody and they say, “I’m totally ready to join. Let’s do this.” and then they just disappear. So, what do you do there?

First of all, you always want to maintain your power and your posture.

Posture is the belief in what you have regardless of external acceptance or approval.

Posture is the belief in what you have regardless of external acceptance or approval.Tweet it

This is you staying in power in a conversation.

Here’s one very simple way for you to know if you’re in power or not. Analyze your social media conversations.

If your social media conversations are like this, they are in power. They control, they have you on a leash.

You say, “We can get you started right away. It’s going to be amazing. Ground floor million dollar opportunity, blah, blah, blah.”

So you send all this nonsense.

I just want you to imagine that they’re with a friend and they’re like, “You see? They do it every time. Watch this, watch this. I’m gonna drop a thumb emoji.” They’re cracking up.

And you’re like, “Ooh, I got an interesting one, man.”

Okay? And so you’re just going to town writing these big long messages that are absolutely not working at all.

When I see this, this is saying, “Pretty please, I need you. You’re the prize.”

So often, people are saying, “Well, they said they’d join, but then they ghosted me.”

But they were ghosted from the second message, it was just a delay for you to catch up.

Be More In Control

Be more in control. And, be more in power.

“Hey, I know we don’t know each other in any way, shape, or form, but I saw some of the things you post on your profile, and I really think that you’re the type of person I’d love to connect with. I don’t know if you’re at all open, and it’s quite possible you’re not… But I do this side project on the side to make some extra money. Would you be at all open to taking a look at it? If not, no big deal.”

Okay? So that first message might be a little long, right?

Because you have to build in the elephant in the room is, y’all don’t know each other.

Now, I’m actually at the same time magically, mysteriously, I’m also helping you out with faster rapport, aren’t I?

Most trainers, they’re not going to teach you faster rapport. Do you know why? Because it’s easier to get you to accept that you’ve got to build a big bunch of rapport first. You’ve got to build a bunch of rapport first, and then you can ask the question, right? So it’s easier to get you to swallow that than for you to get smarter when it comes to communication.

If I reach out to you and you didn’t know me, and I said:

Hey, I know we don’t know each other, but I saw your profile, you seem like a sharp individual. Listen, I got this side project I’m doing to make some extra money. I don’t know if you’re open to it at all. If you are, great. If not, no big deal, but I just want to reach out to you and just see if you’re open. And again, if you’re not, totally cool.”

Would you be furious? How dare you see if I’m open, give me an out? How dare you, sir? You don’t even know me. You’ve never sent me a card.

Not Everyone Is Welcome

If you’re up in arms at that, then you’re too uptight for my team. One of our core values is, don’t take yourself too seriously.

If you’re so uptight you’re like, “How dare you see if I’m open, give me an out? You don’t even know me, mister.” Then you’re just too uptight for me. I don’t want you around me.

Faster rapport. I’m not beating around the bushes. I’m not saying, “What a cute dog you have. So cute..”

You’re wondering what the hell does this guy want? What do you want, man? Get to the damn point.

I’d just rather, let me just tell you why I’m reaching out to you from the get go and rock and roll.

So, let’s say I send that message, and let’s say they respond and they just say, “Hey, I guess it depends. I don’t know, maybe. What is it?”

And I say, “Well, you know what? I got a video that does a better job than I could do of explaining it. And again, I just want to say it upfront, it may not be a fit for you, but I’m more than happy to send you the video. How soon can you watch it? And I’d be happy to chat with you and just connect with you to see, again, if it’s even a fit for you or not.”

Let’s say they respond back and they say, “OMG, that’s amazing. That’s the greatest video of all time. I totally am ready to join.”

And I say, “Cool, how soon can we connect? Can we hop on the phone? I’d love to connect with you just to make sure this thing’s a fit for you,” and they disappear.

First of all, I just cry. I just curl up in the fetal position and I just cry myself to sleep. No, I’m just kidding.

Step one, go and prospect 25 other people.

But, how do I interact with them?

Four days later, I’m going to hit him with my four day update, which is, “Hey, I just want to apologize. I’ve been so busy, I haven’t had a chance to follow up with you. How are you?”

Now, that is specifically designed not to get them to take action. It’s designed to take a non-respondent and make them a respondent. And so they may or may not respond to that. If it’s no response, then I’m going to hit him 30 days later with an update deflection.

So 30 days, so now it’d be 34 days since they last responded, or since I last sent that message, that one message that said, “Hey, how soon can we hop on the phone?”

What would you say if you saw the non-responsive person at an event? I would not bring it up or else you’re the nagging girlfriend. You got the curlers in your hair with a rolling pin if you bring it up.

So, I would see him. I’d say, “Hey, what’s going on? Hey man. I’ve been so busy, man. I hope you’re doing well. Hey listen, I got to go chat with Bruce real quick, but hopefully we have time to catch up if possible. If not, we can always connect later.”

I’m not going to bring it up. I’m going to be busy and postured.

I would just keep it on a loop here. Every 30 to 60 days, just hit them with an update deflection.

So ,I don’t care if someone says, “I want to join,” and they never respond.

I don’t move to the mountains and grow a beard and become a hermit. I just don’t care. And that’s the power of posture and numbers.

If you get bogged down by one person, then you’re just going to have a rough career.

I’ve had lots and lots of these.

It’s just never a big deal because I have lots of lots of other people that I’m prospecting.

When you are working on numbers versus wishing and trying to hold onto that one person that blew oxygen in your direction, then it’s really not that big a deal.

And so I would just drip on them, hit them with update deflections, hit him with those kinds of things without any kind of attachment to them doing it.

If you enjoyed this post about The Key To Following Up Once You’ve Been Ghosted by a Network Marketing Prospect, retweet and comment please