The Blueprint for Happiness in Your Network Marketing Business 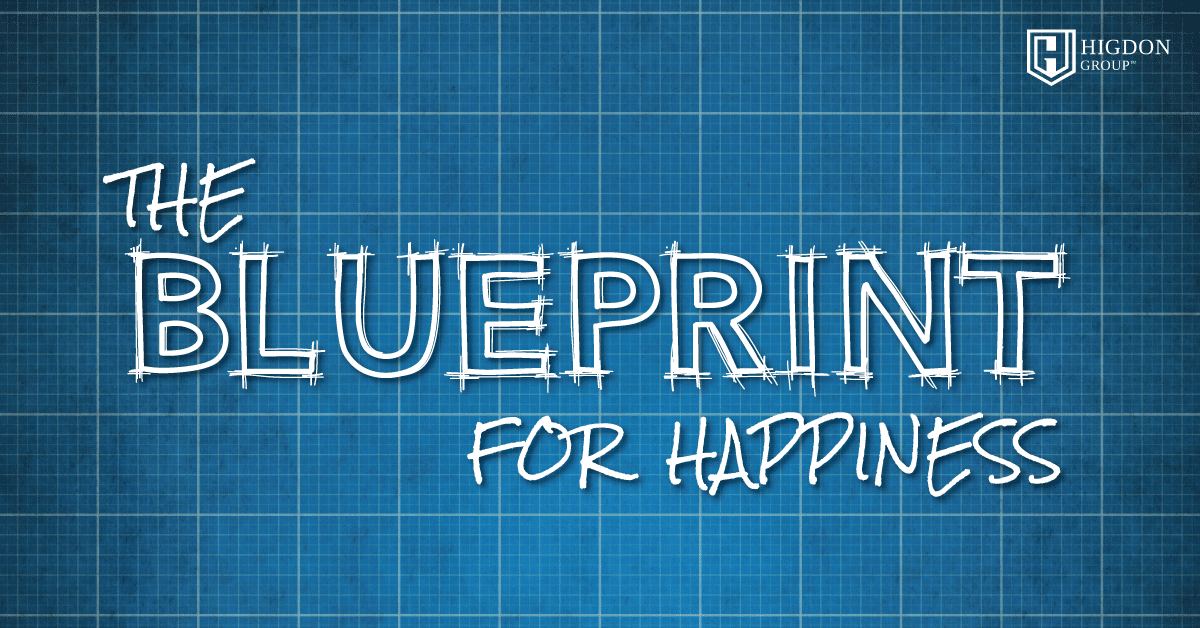 Are you TRULY happy with your life and your network marketing business?

Here’s the exact 4 step blueprint on how to stay happy and focused in network marketing despite what anyone else thinks.

The Blueprint for Happiness in Your Network Marketing Business

On a plane ride to Boise, I snatched up a bunch of different magazines. I read about a study that studied happiness. It talked about some key elements that either increased or decreased happiness.

I realized that this is why I’m happy.

I’m pretty happy, and it’s not that I don’t get haters.

I think this study and a few things I’ll share with you today is why I’m happy and why I’m not so worried about what anyone thinks.

1. Don’t Be Addicted To Your Expectations

The number one factor of happiness is your expectations.

People that constantly walk around with these expectations of:

Don’t Be Addicted To The Outcome

In the very first network marketing company that I was a part of I actually recruited someone that passed me in rank. At the time he was definitely more focused than I was, because I was still doing real estate. He passed me in rank I think by two. I recruited him, he went up two ranks higher than me. Unfortunately, because of how that worked I didn’t benefit a ton, but I remember when I got serious about network marketing I thought, “Oh, my god, I’m gonna totally recruit him.” This was a few years later. I went to him and he told me, “no.” I still wasn’t upset, because I wasn’t addicted to the outcome.

If I had a heart monitor and a brain monitor hooked up to all the times I got “nos” you wouldn’t be able to tell.

Isn’t that interesting? That’s not my words. That’s the study I read.

They’re saying that one of the biggest reasons that a higher percentage of people are more depressed than ever in history.

It’s unfortunate, but there are more people depressed now than like ever in history.

They say the number one reason, Social Media. Because everyone is constantly seeing what everyone else is doing.

How often do you compare yourself in a negative fashion?

How often do you compare yourself in a negative fashion to other people who you feel are winning bigger than you?

The study detailed a few other things but if you just eliminated these two, if you stopped having expectations that was just a set up for disappointment, right?

So, if you can just do these two things, just these two where you stop having expectations, you’re addicted to the activity.

Notice how I’m using an out to myself.

“If I buy her a shirt and she likes it, great. If not no big deal.”

I’m still buying her the shirt. I’m addicted to the activity.

How I Stopped Comparing Myself To Others

My entire life up until 12 years ago, I suffered from this.

This is what I would do, and I’m not proud of this. But maybe it’ll help you out.

If I would bear witness to someone who is winning bigger, “They got money. They got a big car.” This is gonna be terrible…

So, if I would bear witness to what I would conclude was someone winning bigger than me, here’s what I would do.

I would create in my mind some kind of ethical moral checklist.

Whether I knew this or not.

Because they’ve out performed and out produced me let me bring them down to size.

You’ll never become that which you despise.

Something you’ve got to understand is, you’ll never become that which you despise.

If you despise people who are winning bigger than you, then congrats you’ll just never become that. You’ll never become bigger.

So, I killed that. I actually had a coach years ago that helped me with this.

So, I changed that energy.

What I did instead is I started looking at this person as what’s possible, and I started creating gratitude.

I started saying, “I’m so grateful that this person is showing what’s possible.”

3. Who You Surround Yourself With

Are people winning around you?

There’s no company I’ve ever seen that is just like everyone is dead. And, there’s always people crushing it.

There’s some people winning around them, but what they do, what they do is they try to corral the non-result getters.

This is the person that will post in your team group and say, “Hey, I’m not getting results. This really sucks. Who else is sucking?”

They won’t look for that. They will look for the people that are also sucking, so we can all just gather around and just suck.

We define posture as the belief in what you have regardless of external acceptance, approval, or agreement.

If there’s leaders, or companies, or whatever that, “That Ray is evil. He’s like a hyena and he’ll get ya.” I don’t care.

I was bullied in my first company. I will fight that behavior like crazy, but one very key thing is I don’t care.

What I will do, and this comes down to time management.

If I said, “You know what, I got to win him over. I got to at least hash this out. We got to have a fireside chat.” Well, that’s time taken away from people who aren’t like that. I want to focus on the people that are nice.

I don’t judge people by skill, desire, or results. But if they are rude and negative, and just terrible to people they don’t know, I just don’t want that energy around me. I want to focus on who I want to be around me.

Posture is key. The less you care about the negative energy vampires in your life, the happier you will be.

This is a blueprint for happiness. If you’re happier guess who you attract. You attract happier people.

Tony Robbins says it the best, “Trade your expectations for appreciation.”

If you enjoyed this post about The Blueprint for Happiness in Your Network Marketing Business, retweet and comment please