The Art of Prospecting Successful People 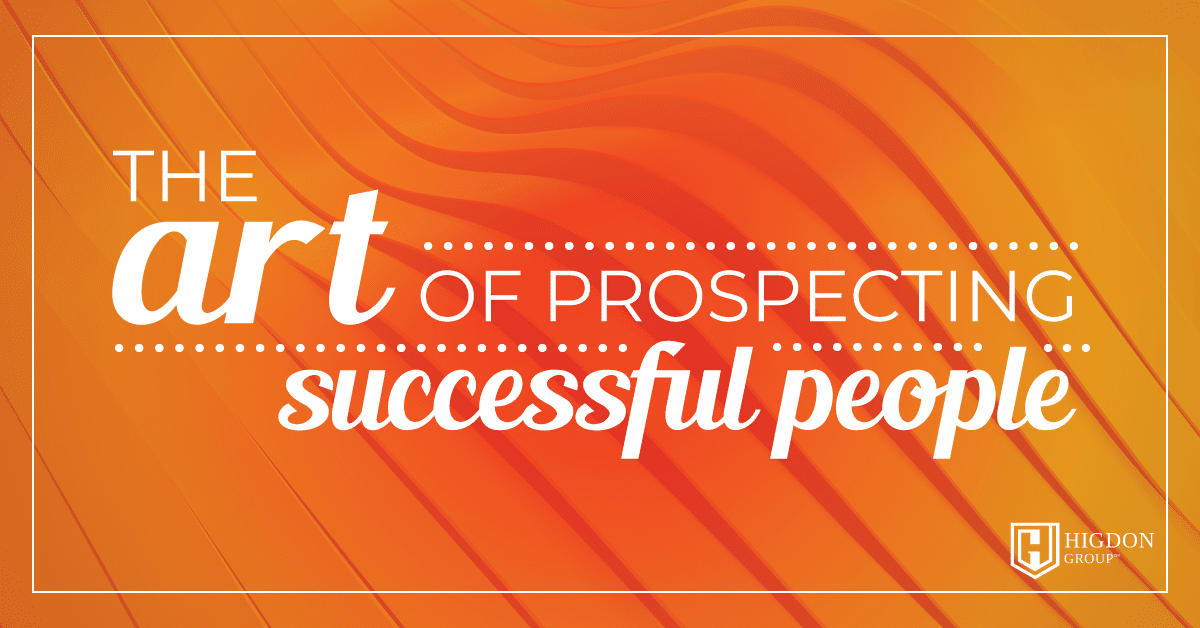 Do you want to recruit up?

Here I share the importance of recruiting successful people and exactly how to do it.

The Art of Prospecting Successful People

1. Having a Bigger Vision

It’s funny because even like if I teach them, “Oh, you got to show up more powerful. You got to do this.”

“No, no, no. I just need to make money.” And it’s like I’m trying to tell you you change who you are if you want to make more money. Or they’ll say, “You know what, I just need to recruit somebody.”

Usually these people DON’T get what they want. Never in huge quantities.

Some people don’t have success in their business, and so you need to think a little bit bigger.

I would become the kind of person that launches a platform for impacting schools all over the world.

Now, if I was just like how do I make some money, how do I get a sale, then I’m really not going to show up at large attracting.

When I share this kind of vision of who I want to become and how I want to make an impact, the right people will corral around you.

So, you’ll get this even though that may not be your exact focus. People will hear of the mission and say, “Oh, that sounds fantastic, I want to be part of that.”

2. Don’t Focus On Who NEEDS It

Most network marketers, what do they do? They say, “All right. I got this opportunity. Who needs it? Who needs it?” They go to their broke friends that probably won’t judge them, but will.

It’s very typical for people to say, “Oh, you know what, my brother-in-law needs this. He’s broke.”

I just want you to know that this maybe a hard thing to hear for some people. People need things because they weren’t willing to make different decisions.

I realize that sometimes it’s just tragedy. The breadwinner dies in the family, bills come. I realize that this doesn’t apply to everybody. I get it. But a lot of people that are in below economic means, they’re in that situation because they refuse to make certain decisions. They refuse to take opportunities that were presented to them in the past like to climb the corporate ladder. They refused to invest in themselves, go to night school, finish up their degree. Not all but many. And because they’re in this situation, these are the least open people. These are the most closed minded people because usually life has taught them to be that way.

Now, again, this isn’t a blanket of shame. This isn’t everybody who’s check is negative or everybody that’s living check to check is closed minded. I’m not saying that. But a very large percentage of them are closed minded or they wouldn’t be there.

If they were open minded, they could have worked up a little bit. But it’s our tendency to take what we have and say, “Who needs it? Who needs it?”

I wanted people who are successful.

See, any one of these makes a move, your entire team changes.

We had people in our organization that it was their first time ever being in network marketing that came in millionaires. They were already millionaires and were super connected.

Do you know how ridiculously easy it is if you bring in a millionaire who’s a millionaire from real estate or doctor or whatever, right? You sponsored up.

Imagine if your team didn’t rely on this anymore, and they just started doing this. Holy crap. Your income would triple almost instantly.

How To Reach Out To Successful People

How do you reach out to successful people? With respect.

And you know what’s funny about this? You use the same damn thing we teach.

See if they’re open and give them an out. It doesn’t change.

“Hey, I really respect you. I know that you’re a successful business person, and, listen, this may not be your cup of tea at all. But I wanted to reach out to you and just see would you be at all open to take a look at what I’m doing. I got a big mission of impacting the local charities here and possibly even stretching it out. And I just want to see if you’re open to take a look. If you’re not, totally cool. I understand. I’ll respect you as a business person, and I’d love to get your perspective, your feedback. If you’re open to take a look, great. If not, no worries.”

Are you open? Give them an out.

Now you might add, “Hey I really respect you.”

That is what a lot of these people do, and they wonder how come life is so unfair. Maybe, just maybe it is their expectations of life. Or, it’s their entitlement of life. Maybe these guys, many of them not all, earned it. But maybe these guys earned it too by making bad decisions and being closed minded.