What to do When Someone Leaves your Network Marketing Company 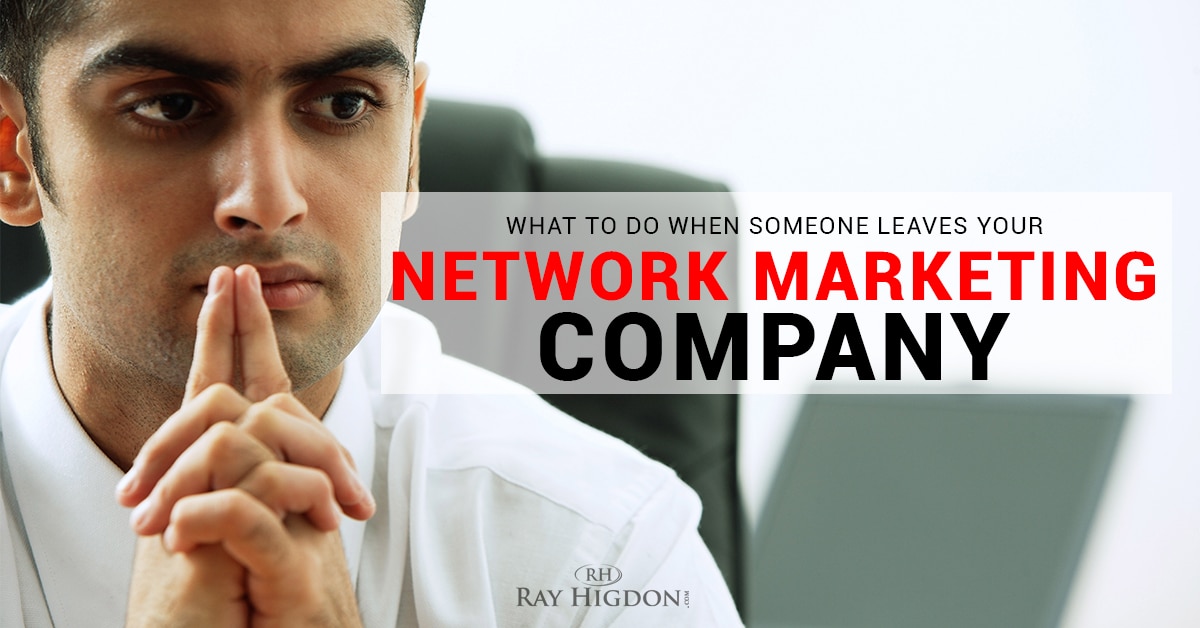 Whether it is a leader or one of your teammates, what SHOULD you do if someone leaves your network marketing company?

Hopefully this will help YOU and the profession as a whole.

There is a GOOD chance that one or more of the top producers in your company WILL leave at some point. Understanding this should help prepare you to not be freaked out or shaken if it does happen.

Just like a job or someone starting their own business, we don’t always stay with the one that brought us to the dance.

I had fully planned on staying in my very first one, but, I didn’t.

So what do you do when a leader or teammate chooses to leave your network marketing company?

You and your Network Marketing Company

It contains advice about people that when someone leaves a network marketing company as well as a few other tips in there.

I think the worst thing you can do if someone leaves is to immediately start bashing them or eliminate any friendly feelings you have toward them. This is definitely one of my pet peeves about this profession. If someone chooses to go a different route than us, let’s wish them well not act like a jealous boyfriend/girlfriend spurn because we lost their affection/loyalty.

This is NOT me sticking up for people that jump ship often, just saying that IF we are ONLY friends with someone BECAUSE they are in our team or in our network marketing company, that is pretty silly and honestly weird. If you had a friend that worked with you at a job but went to another job, would you hate them? Probably not right? What about if they changed to a different religion? Haha, OK, we won’t go there just yet but at some point maybe the world will increase it’s tolerance of others exercising their freedom of choice. =)

I have had top leaders in my network marketing team leave to jump to something else and although I maybe didn’t hang with them as much as I used to, I never bashed them or treated them like jerks. One such leader that left my team years ago has since hired me at our highest coaching package (Diamond). That would NOT have ever happened if I was a jerk to him for leaving.

Instead of Bashing Them…

Instead of bashing them, look at your OWN yard. How can you make your team culture, community, and interaction better and harder to leave? Instead of bashing whatever other network marketing company they join, how about you look internal and ask, what can I do to decrease others leaving too?

Improve the way you acknowledge and recognize people. Improve your team training, bring in special guest trainers if that is valuable to the team. Have more team hangouts.

What if they Pillage, Plunder and Bash YOU and YOUR company?

So, what might you do if the person leaving decides to try to recruit a bunch of people from your company and their team?

Well, it sucks, honestly, it does, have had it happen but the truth is, those that leave more than likely would have left eventually anyway. The best thing you can do is step up your recruiting. Yes, make being a part of your team more awesome than ever before but also recruit a whole new team. Show your team that you aren’t singing the blues because someone left and instead break every recruiting record you have.

By the way, I have had people leave my team and bash me, I didn’t bash back. Those that are attracted to bashers are the type of people I honestly don’t care to work with. I still have people that bash me for us leaving our last company to focus on our coaching and training business, just last week (even though it has been about 8 months since we sold our position) someone told me they were told we were forced out of the company. Which is kinda funny because we get invited on many of the company and team trips but those who want to believe that sort of negativity aren’t someone that I care about their opinion.

Promote what you love versus bash what you hate and this is the case when it comes to someone leaving. Focus inwardly versus the person that left. Instead of staring at those exiting, focus on new ones you get to bring in. Hope this helps!

If you enjoyed this post on What to do When Someone Leaves your Network Marketing Company, retweet and comment please