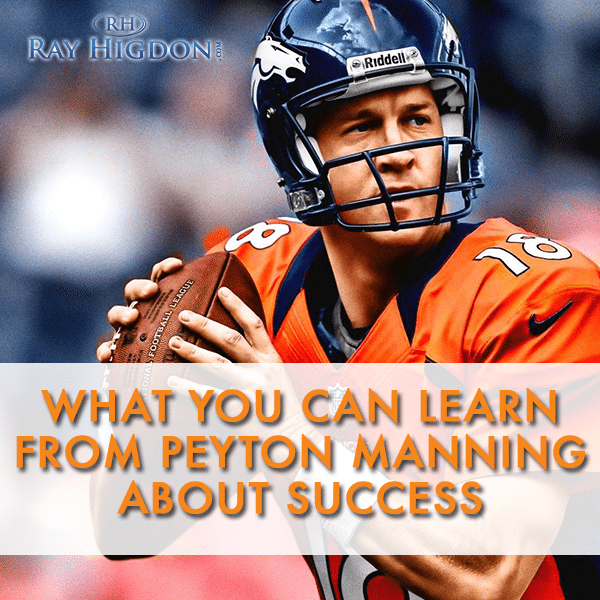 Peyton Manning is going to the Superbowl once again and here are some thoughts on Creating Success that relate to him and his career.

IF you want to learn the art of creating success, there are some great lessons here.

“The most valuable player is the one who makes the most players valuable!”

“If you work hard and you play well, all those critics quiet themselves pretty quickly”

For those that may not know, I was born in Indiana and I am a Colts fan, I was sad when Peyton was no longer a Colt but am a fan of him anytime he isn’t playing us.

Not Everyone Will Believe in You…and that is OK

Also for those that may not know there were a lot of people saying that Peyton was washed up and should either be benched or should retire but here he is again, making his fourth Super Bowl appearance.

Check out what some of the reporters said about Peyton:

“It is time for Peyton Manning to retire.” – Charles Pierce, Grantland

“Give it up, Peyton, because father time never loses” – Jeff Diamond, Sporting News

“..continuing to play beyond this season, at a level far below his own standards and in a physically depleted state, is setting up a very bad ending to a first-ballot Hall of Fame career.” Brad Berreman, Rant Sports

“Maybe he should retire at midseason” – Mike Bianchi, Orlando Sentinel

“Denver is better off without Peyton” – Kenneth Arthur, Sports on Earth

The Truth about Creating Success 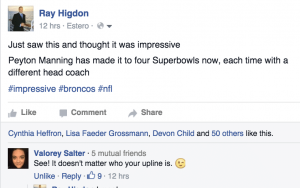 There are two things I suggest you learn from Peyton.

Creating success is more about YOU being in the drivers seat and YOU taking accountability and along the way you will have your doubters and people that tell you that you will never make it or that it won’t work out, it is up to you to prove them wrong.

Congrats Peyton. Congrats on being the oldest quarterback to ever start in a Superbowl and hope you are able to win it all and prove all those doubters and critics wrong.