Network Marketing Success and Your Past 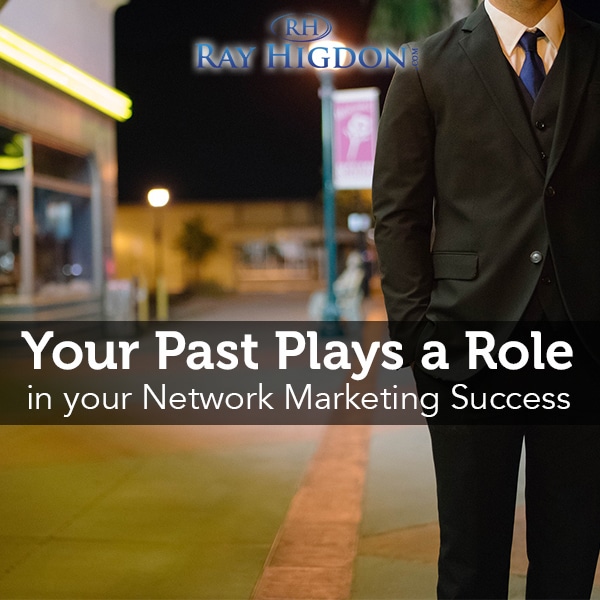 Ever wonder how some people have fast, monumental network marketing success? Well, MOST of the times it has to do with their past.

Learn what I mean by this and what you can do to create success regardless.

This is from a recording from my Periscope channel, to hear these types of trainings live, Follow me Here.

We all know these people. We all know who are the people in your community that are respected, looked up to, and they have integrity, they keep their word, maybe they do things for the community, maybe they are just great at what they do, those are the type of people that are typically rewarded when they join network marketing.

The people that are usually punished are the ones that do all the opposite. They are the ones that they tell you they’re going to come to your birthday party, they don’t show, don’t call. They tell you they’re going to help you move, they don’t show up. They call you when they need something. You go to lunch with them, they never pick up the tab. They always seem to be fumbling for their wallet. Things of that nature. These are people that they don’t tend to add value to the people around them.

There are 2 things that you need to understand about this is, number one, there’s hope. If you are someone that, your whole life, you haven’t shown integrity, you haven’t shown up when you said you would, you haven’t done the things that would make you a valuable friend or partner or neighbor or whatever. There’s always hope. You can change. And I’ll tell you the way that you do that is by being vulnerable.

When you go and you approach people that know you, they’re probably not going to be that excited to talk to you, but you can be vulnerable and say, “Hey, listen, I have something that I’d like to share with you, but, first, let me tell you that this profession has changed my life. It’s opened my eyes to being a better person. It’s opened my eyes to being more valuable to my connections, to improving myself. That’s one of the things that I really love about this profession that you might like too, you may not, I don’t know.”

Most people that haven’t led a life of integrity or value, they try to bulldoze through their past. They want you to forget all about the past, and let me know just bulldoze you into wanting to join my business, because it’s all about me. That’s something that you can’t do.

Number one, you need to understand there’s hope. If you have not been someone of value, someone of integrity, you can change it and be vulnerable. Number two, you need to understand what we just said here in that, a lot of times, you draw false conclusions. I remember, I’ve shared this story quite a few times, but it just stands out: I was at a company event, and this guy got up on stage, a great trainer, great trainer, so I’m not putting him down, but a great trainer. He got up there, and he said, “Guys, when I joined, I signed up my first 60 people. I was 60 for 60, and here’s exactly what I said.” And so people are, frantically, they’re writing like, “Oh my God, this is magical.” NLP hypnosis script, right?

Baloney. That script didn’t matter at all. It was who he was before he joined that had them join. And, see, if you don’t understand that, you think something’s wrong with you. You think, “Well, it’s in the script.” Right? He could’ve said, “Hey, you want to go on autoship for bananas?” “Hey, man, if you’re doing it, I’m in.” Right? That’s what would’ve happened. The script didn’t matter. It’s who he was that mattered.

When you see people breaking records, let me tell you, 99.999 percent of the time, they broke records because of all the work, integrity, and value they did before they joined. Because you’re going to study their routine. You’re going to say, “Oh my God, man, they broke the record. What did they do? Oh, okay, you talked to 20 people a day, oh my God, all right. Me too.” Well, results may vary because your life varies from their life before you joined.

Network Marketing Success and Your Past

Was this helpful? Feel free to share with others and perhaps help them stop being frustrated and comparing themselves to others and start to move toward network marketing success.