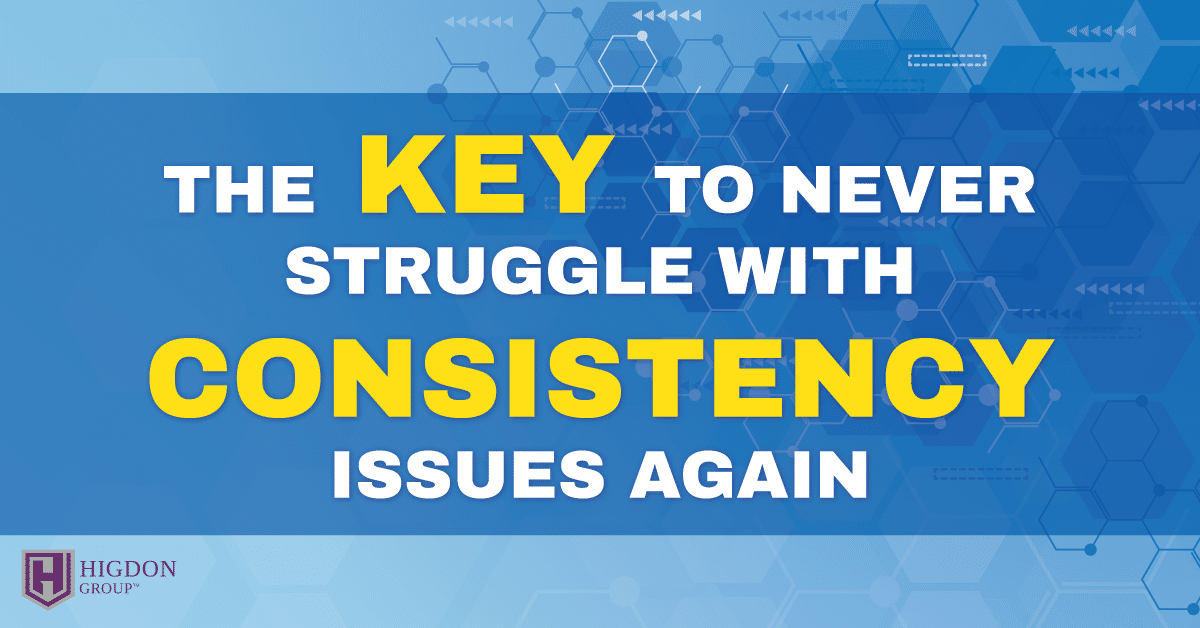 Here’s exactly how I show up every single day without fail.

Since July 15, 2009, I have never struggled with consistency.

I have done one to two videos every day for the last nine years. I just don’t struggle with consistency.

I’ll tell you how I used to train on this.

Why DMOs Aren’t The Answer

And so, I used to blog about:

There are certain things that I do each and every day, right?

And so, I thought it’s just a knowledge problem.

People just need to know. They don’t know the DMO, so I’ve got to teach them.

And so, I would just say, here’s how you do, and here’s the daily action step, here’s the hustler routine, here’s what you do each and every day.

I was like, yeah, man. These guys are going to kill it.

But none of them changed. Not one person.

“Hey man, did you like that daily routine I taught last month?”

I’m like, “That’s awesome. How many days have you been doing it?”

“Ah, you know man, I had some things come up, man. My fish died. My buddy came over, dripped oil on the driveway. And, my boss had me come in early one day. Oh and my favorite shorts ripped. Yeah man. But, dude, I’m going to, man. I’m totally going to. January 1, bro. January 1st, that’s when I’m taking it to the town. I’m going to go to the top, the tippy-top.”

And I can go on. I can give you 59 different version of this. But, literally, every person I have trained on daily routine, they weren’t doing it. Nothing had changed.

So wait a minute. So maybe it’s not a knowledge issue. And so, I went back. I went inside.

And I said, well, why am I so consistent? Why do I show up every day?

Why I Show Up Everyday

There was a whole year where I was in major physical pain. I had pain in my elbows. I hurt my knee. I had a back issue. I had a lot of crap going. I was falling to pieces, man.

My beautiful wife, she’s like, “Am I married to an 80 year old?” She’s about to wheel me into the nursing home.

I was in physical pain. There were days where I was popping a pain pill before I did my video, but I did that damn video.

There were days when I would hit the button on the video and I would just collapse on the chair, and I’m just like, “Oh man, this sucks.”

But I did the fricking video.

Why did I do the video? Why did I show up every day? Why have I done a video, one to two videos a day for nine years without missing a day, ever?

Why? Was it my awareness of a daily routine?

It was my vision.

Who do you want to become?

My vision is a ruthless dictator.

You know how many days I didn’t feel like it? Who cares?

What is not feeling like have anything to do with showing up?

The vision of who I want to become and I’m continuing to become, because I ain’t there yet, we ain’t at the top.

And guess what? Here’s a little secret…

You’re going to be tuning into, I mean, I probably won’t be Facebook Live, it will be a hologram or something. I’ll materialize in your living room. “Hello, welcome to…”

Right? And so, you’re going to be watching me, 80 years old.

And so, who do you want to become?

Stop piddling around and saying, I want this, but you’re work ethic is this.

Stop piddling around with I want to do this, and impact this, and inspire this, but you never show up.

That’s the key, is showing up no matter what.

There are two words that you should embrace, despite and until.

I’m going to succeed despite my obstacles, despite the things that go on, despite that punch me in the face, kick me in shins, and I’m going to keep going until it happens.

And I was teaching the word until for years, and someone said, “You know, you stole that from Jim Rohn.” I’m like, did I? And they sent me this video, I’m like, damn, that’s good.

That’s like how I think. And so, despite and until.

Stop trying to learn a new daily routine, all right?

How many you got now? How many of them do you do?

You don’t need another book on routine.

You’ve got to have a vision.

A vision without any awareness of a routine, you will got fricking kill it. You will knock down brick buildings. You will tear down walls. You’ll swim through the mud. You’ll military crawl underneath the barbed wire. You’ll run through the firing line.

Have an awareness of who you want to become, and you will fricking crush it.

You will be a juggernaut. People will write books about you, not you studying the daily routine books.

You don’t need an 11th daily routine book, you need vision of who do you want to be.