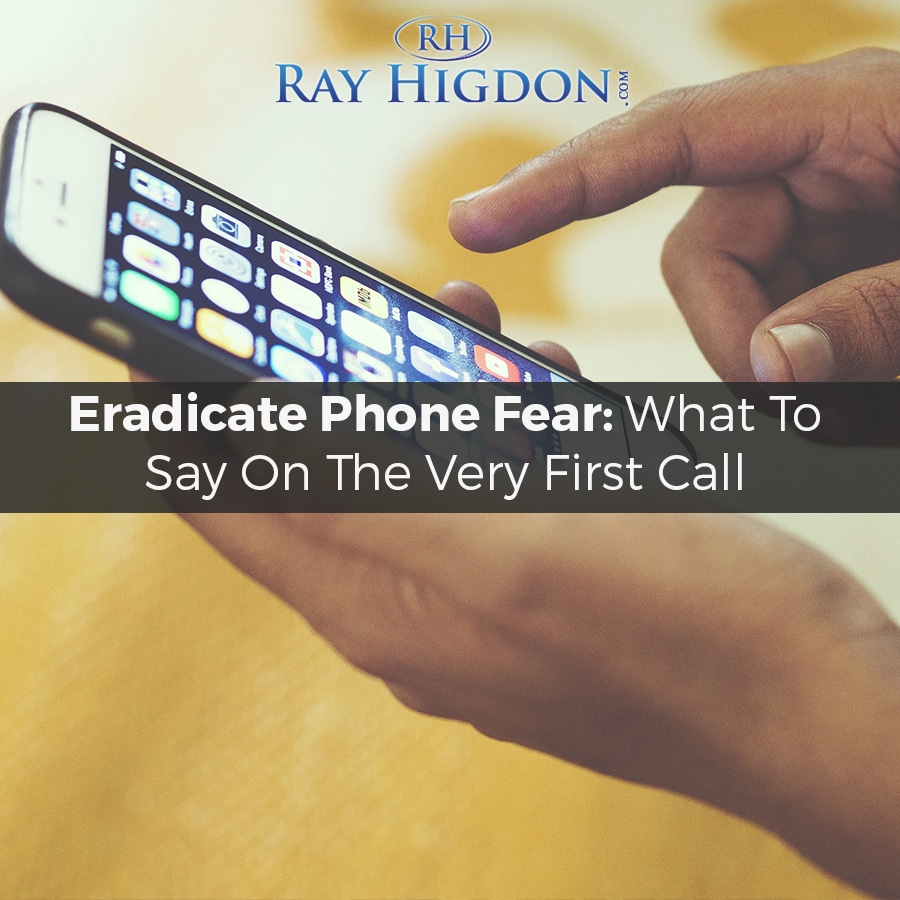 Nervous to make that first call? If you are ever going to get results in MLM prospecting you are going to have to get over your fear.

Cool Note about This Training…

This video is a clip from one of my Periscope trainings and the person that asked the question happens to be in my team. He had not called anyone out of fear but has since set 7 appointments and is prospecting like crazy. Cool right? I hope it helps you too!

By the way, tonight I am going to go on Periscope and share all my notes from Eric Worre’s Network Marketing Pro event, follow me on Periscope here and you will get notified of when it is, let’s say 9pm eastern’ish.

There’s someone that my wife recruited and she’s awesome, great personality. She is super talented in a lot of different areas and just a great friend. When she joined our network marketing company she was TERRIFIED of making calls.

If you’re so terrified of looking bad then you’ll stay right where you are. Let me give you a great example. I had worked my way up corporate America to a decent salary. When I wanted to go and start my own business, people told me I was nuts. People said, “You’re nuts, that’ll never work.” I even had a professor that I looked up to I told him and he said, “You’ll be back.” I’m like, “Thanks. That’s real cool.”

Most people would never have made that leap because they would be terrified. “What if they’re right? What if I had to come crawling back 6 months from now?” Well what if I build freaking wings and fly? What if I build the life of my dreams? What if I changed the circumstances for my grandchildren? What if create a legacy? What if build a dynasty that changes the world? What if I empower entrepreneurs on every continent on the planet? See those are the questions we should be asking not, “What will little Sally think of me and my little home business? What will Josie think? What would Joe think? What if they laugh at me?”

If you have blood pumping through your veins right now there’s still a chance, there’s still a shot, you still have a chance of making an impact on this planet. You still have a shot at having a life that is touching, that is moving, that inspires others, that you look back on and you think, “You know what? I did it man. You know what? I did my best. It wasn’t perfect because it will never will be but I did my freaking best.” That’s what we have the opportunity to do until we don’t, until we die. We can keep playing small in our tiny little comfortable box and be wary of comfort because comfort comes in many disguises.

How many people in your team struggle with the fear of MLM prospecting and making the calls? Feel free to share this with them.

PS: If Your Upline Does Not Have a Step-By-Step Blueprint For ONLINE Marketing Success, Check This Out (Unless You Already Have Too Many Leads) – Click Here For Instant Access