How To Find People Who Are Actually Interested In Your Product 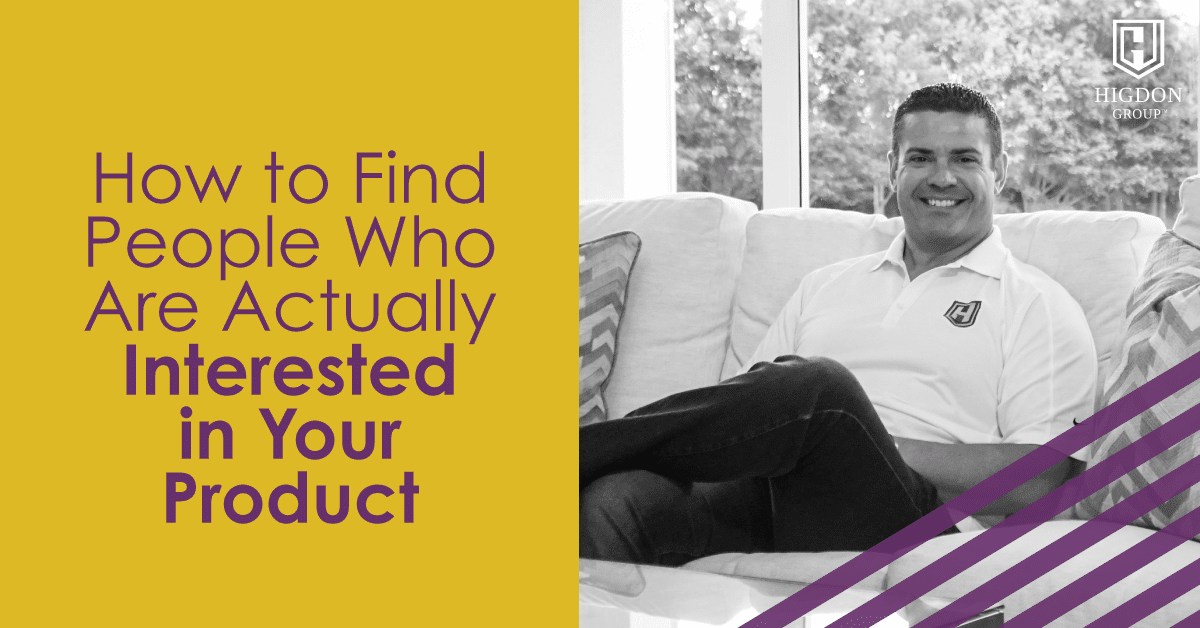 Finding people to join your team or buy your product can definitely be a struggle and today we’re going to share some of our tools from our Rank Makers trainings.

I’m sharing three things to do or remember when trying to sell your product or recruit team members.

How To Find People Who Are Actually Interested In Your Product

In order to change anything in life, you have to start with the language and intention it comes from. If you keep saying, “I seem to only find people who are broke and can’t afford my product,” that will be your experience. I found that, until you do this, all of your actions will lead to the same conclusion.

“I seem to only find people who are broke and can’t afford my product”.

“I’m so happy and grateful I’m locating people who are wanting to change their lives.”

Now, I know the argument. The argument is, “Ray, I’m just telling it like it is.”

You have to understand that broke people still buy or join. More people need to get this.

If you ever have the pleasure of speaking on your company stage, ask the audience, “How many of you didn’t have the money to join?” I guarantee you, you’ll have over 50% of the audience raise their hand.

Now, notice this is step two. It’s for you to come to the realization that broke people still want to change their lives. Being broke has nothing to do with buying your product or joining your organization. Nothing.

We have a individual in Rank Makers and a good friend of mine now, Michelle Eldridge. Michelle Eldridge was broke. No car, no job, in a very tough situation. Sold her kids’ toys to join her network marketing organization.

She did it anyway because broke people still buy or join. You stopping because someone is broke doesn’t make any sense at all. Doesn’t it make more sense that someone broke really needs to do something? So why not give them that opportunity? Why be against that?

Number three, get better at handling the money objections that will inevitable come your way.

When I recruited people who were broke, people who just didn’t have much money at all and didn’t have enough money to even join the company that I was with – I just asked different questions. If I talked to someone, and I got them to watch the company video, and then I follow up with them and say,”Hey, what’d you like about what you saw?” and their response is, “Man, I really like it, but I don’t have the money,” would I say, “Bummer. Man. I’m only finding people that are broke,” or did I ask more questions?

I would say, “Okay, got it. You don’t have the money. Got it. Let me just ask you this question. If you did have the money, would you do it?”

I’ve had people sell their:

And, I’ve had people sell stuff to get into an opportunity that could make them lots more money and lots more goodness than those things could ever get them.

When they sell stuff to join, and they’re getting into something that has the possibility of changing their life.

If you liked this training, check out Rank Makers for monthly coaching and support in your Network Marketing journey.

Do you want to recruit people you don’t know?

If you’re interested in more coaching on cold calling, check out our Cold Market Recruiting Blueprint!