How to Run Effective Recruiting Contests for Your MLM Team 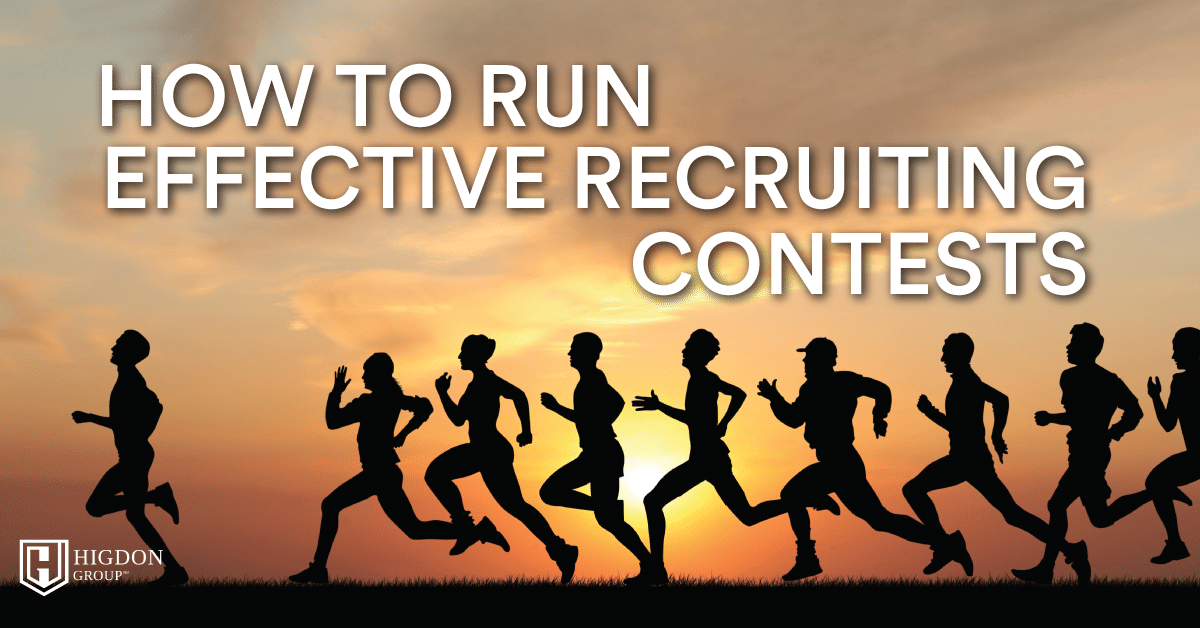 Do you want to motivate your team with a contest?

Here I share exactly how to run an effective contest and exactly what to give away as prizes that will get your team to produce more.

How to Run Effective Recruiting Contests for Your MLM Team

Most leaders do NOT do a good job of running contests.

They either run them:

And so let me help you out with that.

Well, if you run contest like that, you’re missing two very powerful ways for you to get more production out of your organization.

So, you think, “Yeah, man. I’m gonna get everybody … They are gonna be running from first, second, third. It’s gonna be amazing, man!” I’m telling you right now, most of your organization, they will see this and they’ll say, “I can’t be first, second, or third.” So they won’t even try.

So you miss a very powerful idea, which is a pre-contest.

Before you do that contest, do a pre-contest where you go to your organization and say, “Hey gang. Gangaroo. In a week, we’re gonna do an amazing contest with amazing prizes. Gonna be epic. If you would like to participate in that contest, all you gotta do to qualify is bring in one customer.”

Now, for you, maybe it’s different. But, don’t have a pre-contest for something that’s not free. Don’t have “Get someone on your email list.” Don’t have that.

So, if one customer is not reality or whatever, maybe it’s two customers, right? But it’s something really small, itty bitty, that’s designed to get a lot of people doing a little bit.

And so we’ve done this where we said, “All right. Pre-contest. Next week, we’re gonna have a contest. If you’d like to participate, to qualify, all you gotta do is bring in one customer.”

We’ve had people that hadn’t recruited anybody or hadn’t brought in a customer for years come out of the woodwork and like, “Hey, I got a customer!”

And we’re like, “Really? You haven’t done anything for years.”

“Well, yeah, but I really want to be in that contest.”

Now in this pre-contest, don’t reveal the details of the contest, or else you run the risk of people saying, “Well, I don’t think I’d win it anyway, so forget it.”

And so you do this pre-contest, you do a bunch of people doing a little bit, right? You get a bunch of people who’ve never done anything in years. All of sudden they’ll come out of the woodwork, somehow they got a customer. Then you run it. You go into your contest.

Now it’s okay to have a first, second, third. It’s just not okay for that to be all you have. That’s what’s not okay. If you do the pre-contest and then you roll into the dumb first, second, third, and that’s all you got contest, you will still get massive more production than you would have otherwise. Massive.

Now, it’ll go back. It’ll go back to most people don’t think they could be first, second, or third, so these people that did work up here, they’ll see first, second, third, and they’ll be like, “I can’t win this.” So they won’t even try. So, here’s what you do.

Have a Minimum Prize

I really like dinner with us at the next event. Why? Why do I like that? Maybe the top three get dinner with you at the next company event. And number one gets an additional $500 maybe, or a limo ride, or number two gets $200, ect.

I really like it because that means they gotta go to the next event, which you want them to go to.

But then you also have a minimum prize.

So first, second, third, you get dinner with us at the next company event.

If you enjoyed this post about How to Run Effective Recruiting Contests for Your MLM Team, Not Their Potential, retweet and comment please