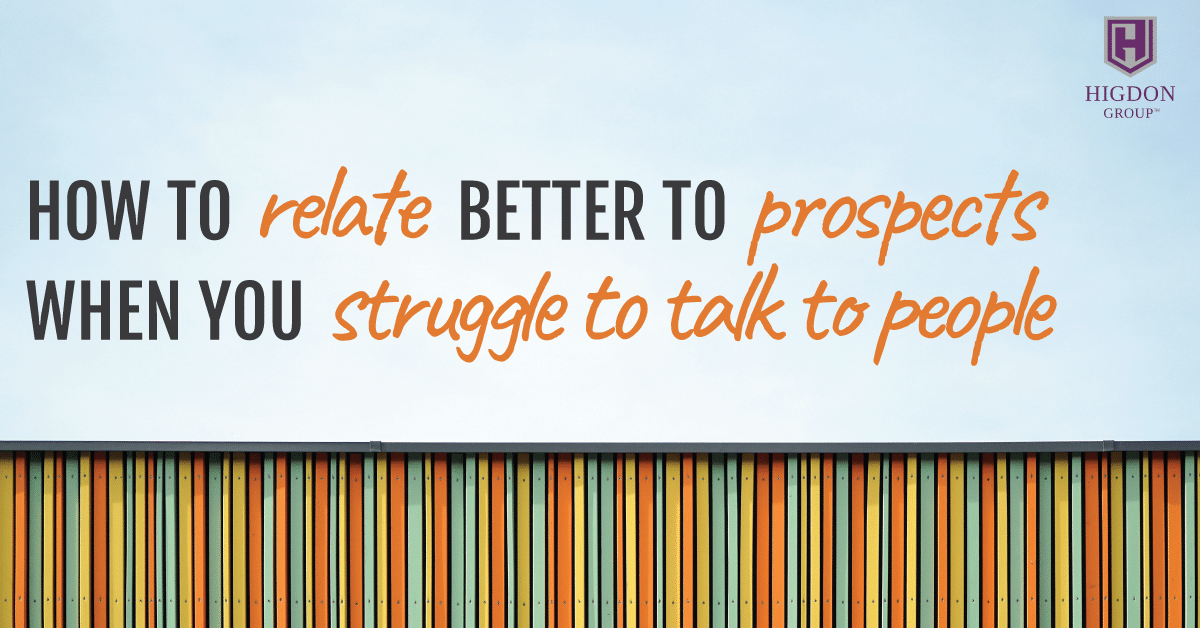 Struggling to talk and to really relate to your prospects?

Here’s exactly how to sign up prospects despite having social anxiety or not knowing what to say.

There’s the I’m a superstar, I rock four finger diamond rings, I’m riding around with a chandelier in my car, and no one can relate to me because I’m so wealthy.

Then there’s the more common one of I just struggle talking to people. I have some social anxiety.

So, I’m going to go that route of struggling to talk to people.

Because I’m going to assume you don’t have the wine chiller in Lambo, and so we’re going to go that route.

How to Win Friends and Influence People

First step, I would suggest read Dale Carnegie’s book, How to Win Friends and Influence People.

At the age of 18, I got into sales. I really didn’t see that as a career back then. I was just making money to pay the bills. Because at that point, I had one kid on the way.

So, when I officially started my career, which was making $8.50 an hour at Sony Corporation in Fort Myers. I was working the graveyard shift, going through my Microsoft training to try to get all smart. I had major social anxiety. It was a little weird for me to even have a conversation, unless that conversation was very instructional.

But if it’s like, “Hey, how are you today?” I’m like, “I … uh … good. Good I guess. Did you need me to do anything?” I struggled to relate with people. I struggled with social anxiety.

I used to read, or sometimes I would listen to, How to Win Friends and Influence People by Dale Carnegie.  I probably listened that or read that thing for probably five years in a row.

Step one if you want to better relate with people, read the book How to Win Friends and Influence People.

It’s funny to me that there needs to be a version of How to Win Friends and Influence People in the digital age.

So, if you’re looking at communicating with human beings face to face, and that it needs to be different and it’s a whole new skill set of how to talk to humans using social media, then you’re not viewing social media the right way.

So, if you see “Yeah, man, when I’m talking to people over here I’m fine, but man, when I get on that Facebooks, I get all weirds.” Then you’re not really looking at social media the right way.

Step number two, if you want to relate better with people in regards to business, then I would get the book by Bob Burg, Endless Referrals.

If you aren’t aware of who Bob Burg is, he’s amazing, he’s incredible. I literally built my real estate business from that book, Endless Referrals. The whole concept … but you should still read it. Don’t just don’t say, “Oh, now I know the concept.”

Also just understand that your secret weapon is vulnerability.

That can actually counter what you’re talking about. Vulnerability is a secret weapon.

My career and my following, sky rocketed when I came out and said, “Hey, guys. I got something to admit to you, and that’s the fact that I went through foreclosure.”

I’m not proud of it, but in the real estate market, I did really good until I didn’t.

When I got serious about network marketing, I was a million dollars in debt, in personal foreclosure, being chased by bill collectors.

The first 200 videos that I shot were in a house that I was in foreclosure in. There were times I was shooting a video and “Hey, guys. Here’s how you explode your network marketing business.” And there’s knocking at the door that you can hear in the video of the guy trying to serve me papers.

Did some people judge? Sure. But those are people I don’t want around me anyway. It’s like it’s actually a win-win.

They’re not looking to be impressed. They’re looking for real.

So, if you want to better relate with people, be willing to be vulnerable. Be willing to share those battle wounds.

If you enjoyed this post about How To Relate Better To Prospects When You Struggle To Talk To People, retweet and comment please