How to Overcome the Fear of Rejection 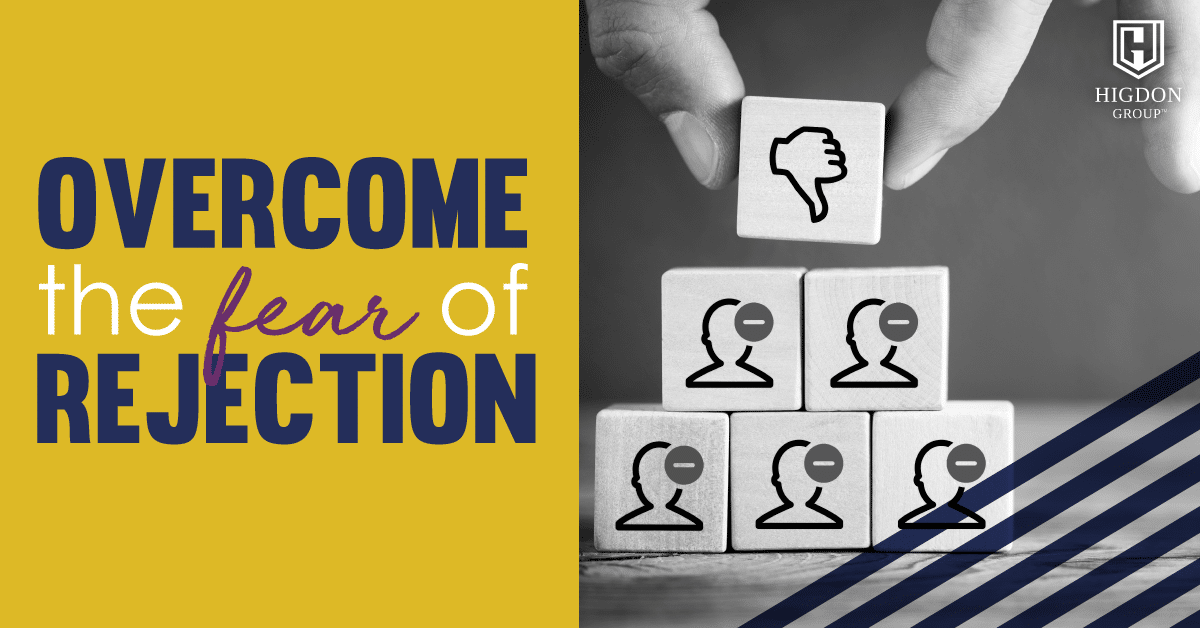 Are you scared of getting rejected and told NO when prospecting?

Here is my solution for overcoming fear of rejection and how to recruit like crazy.

How to Overcome the Fear of Rejection

How do I get over the fear of NO?

What Is Fear Of Rejection?

I’m going to say that there’s two main causes to the fear of rejection.

The first one is one cause of the fear of rejection is that you’re addicted to the outcome.

And by the way, almost everyone is in some way, shape or form, in some form in their life, addicted to an outcome.

If you bake a pie for your significant other and it’s a beautiful cherry pie, it’s amazing, you got the cherries from Traverse City, Michigan, and it’s super yummers, and you spend all day making this pie. You know, you bake the pie, they come home, and they don’t thank you and they don’t even eat it. And you’re mad. Then you were addicted to an outcome. Okay?

So, eliminating this addiction to the outcome.

Now, it’s not like I was born that way. I drilled that into myself, I built that, I became that, where I just didn’t care. I’m going to see if you’re open or not.

And so, let me give you my favorite example around this.

My favorite example is if you go to a restaurant, does the waiter or waitress come over to you and say, “Uh, hey, would you like a slice of our homemade key lime pie?”

Because they’re just seeing if you’re open to the damn pie.

Imagine, they go in the back, they smash dishes, and they’re just like, “This is bull crap, man. We make the best damn pie, and for them not to buy it, it’s so stupid. What the hell’s going on here?”

Their career would be so short.

But some network marketers act this way… “You know, I helped my best friend move in college, and I bought them a ticket to the Redskins game, and they didn’t even join my business. This is bull crap, man.”

Because they’re ridiculously addicted to the outcome.

Now, you’ve heard this. You’ve heard marry the process, divorce the results. But, you just really have to understand that.

So, I would say that this is the lesser reason. I’m about to hit you in the face with the real reason most people have a fear of rejection.

Second, the other reason people have fear of rejection, is they cherish and love their self-image more than possibly impacting another individual.

We are so addicted to how we look to others. Do we look regal? Do we look awesome?

Most people are way more addicted to looking good for others than possibly tarring that self-image that we’re so addicted to. If they reject us, then our self-image isn’t nearly as cool. It means you care how you look more than possibly impacting somebody.

That’s the truth. It stings, hurts.

You put how do I look as way more important than possibly impacting a single mom, a disabled veteran, a family member, a member of my community, a member of my neighborhood. Boy, how I look and how I stroll about town is so much important than possibly impacting someone who needs to make money, who needs my product, who needs my service. This face right here. I don’t want to get this rejected, babies, because this is so important to me.

If you truly want to increase impact, possible impact, if you care about impacting more people, you have to be willing to risk not looking great.

You got to be willing to lose social status. You have to be willing. Most people aren’t. They’ll be addicted to this fear of rejection.

They’ll stay in this fear of rejection like, “I don’t want to reach out to them because they’ll probably say no, and then I’ll look stupid.”

Well, I’m sure glad that my buddy, Chris, out of Cape Coral, Florida cared about possibly impacting my life more than he cared about his self image when he invited me to a network marketing home presentation. Thank you, Chris, thank you so much.

Does it matter, “But Ray, I got a big intention. I want to impact lots of people. I really want to make a difference in this world. But I just don’t want to be rejected.”

Stop, you don’t care about impacting people if you have a fear of rejection. Because you’re addicted to your self image.

There’s the story you tell yourself, “I’m going to make a difference. I’m here to change single moms’ lives. I’m here to really … but fear of rejection.”

You can’t have a marching order to make a difference in people’s lives, to change this world, while there’s blood going through your veins, and have a fear of rejection. They’re diametrically opposed. They just don’t work. It doesn’t work.

You either have a fear of rejection and an addiction of your self image or you’re going to make a difference.

If you enjoyed this post about How to Overcome the Fear of Rejection, retweet and comment please