How to Leverage MLM Recruiting Contests To Motivate Your Team 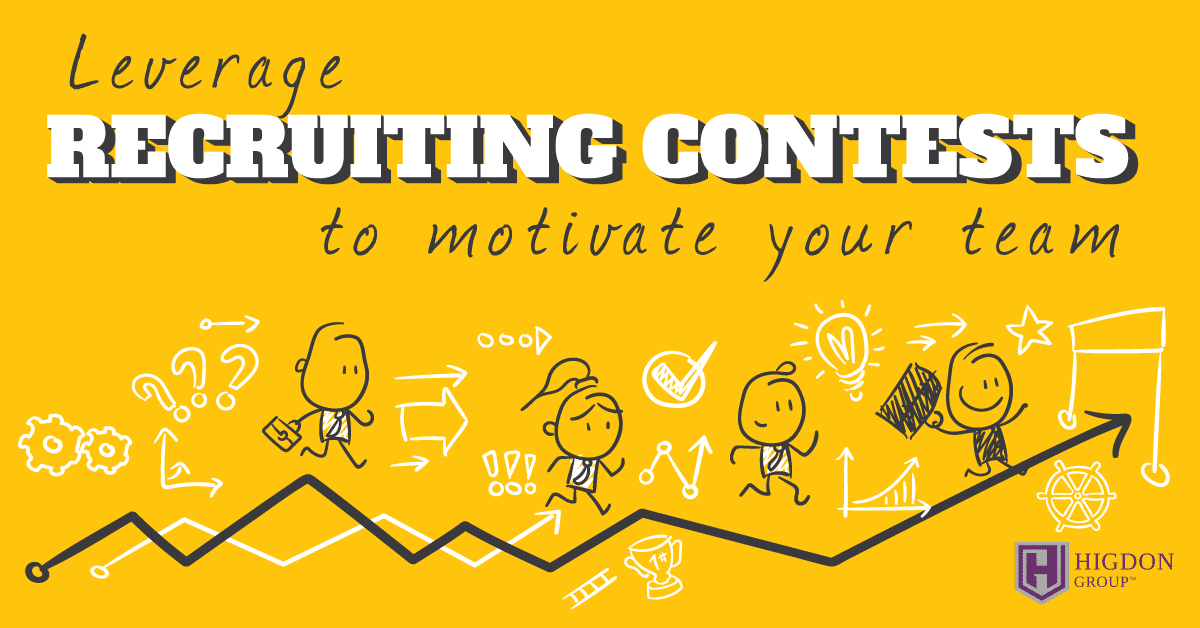 Want to get your team motivated?

Here’s my exact method for using contests to get your team fired up and into action.

How to Leverage MLM Recruiting Contests To Motivate Your Team

One thing you have to understand about contest is that most people don’t believe they can be number one, two, or three.

So if you say, “Hey, we’re doing a recruiting contest, and first, second and third you’re gonna get this, this and this.”

The majority of your team are gonna say, “Well, I can’t be that person, or that person.Why bother?”

So, when you are devising a contest around the team, you have to always ask yourself:

When will they say why bother?

Because, a good contest will get more production out of more people.

You get a lot of people doing a little bit, and you’re transforming incomes.

If you get your top recruiters to recruit a little bit more, it’s not that big of a deal.

If you’ve built any size a team, you always have some people, they’re just great recruiters. And could you get them to recruit a little bit more? Sure.

I’m much more interested in getting the hundreds or thousands of people to bring in one person.

Because that increases their confidence, drastically change how they see the business, it flows in a lot of different directions, impacts a lot of people checks vs just the select few of the top recruiters.

Number one, if you’re going to do contest, I would not do them where there’s only a price for the top one, two, and three.

I would always think of:

So, one of the suggestions I’ve made to our Top Earner Club is, “Hey, pick someone special.”

So I suggested, “Go to their CEO, or go to someone in their company that would be really special, to be on a private webinar with, and have them be the prize if they bring in one.”`

What if? “Hey, in this time period, if you just bring in one customer, you’re gonna be on special webinar with the CEO (or with the visionary founder, or with the top leader), that only you can be on.”

What will happen is people that aren’t producing at all, will go get one, because they can all get one.

They just gotta have that incentive.

Will they go get one if you have a top one, two, three prize? Probably not. Why bother? One’s not gonna beat anyone, so why bother?

Now the other way to do this, a little bit altered way, my favorite way.

The pre-contest is, “Hey, next week we’re gonna do a contest that has amazing prizes. It’s gonna be awesome, and you’re gonna be able to win cool stuff, even if you don’t produce that much. To be able to play in the contest, you gotta recruit one. It’s a pre-contest. To play in this contest, you gotta bring in a customer. You gotta sell a 100 volume.”

Come up with something that you can do that if they buy the new package, if they increase their personal volume, they get to be a part of something cool that they otherwise wouldn’t be able to do.

Start to constantly think, “How do I get a lot of people doing a little?”

If you think, “Man, I got three really good recruiters, if I could just get them to recruit more.” That’s not enough. It’s not impacting enough people.

If you enjoyed this post about How to Leverage MLM Recruiting Contests To Motivate Your Team, retweet and comment please