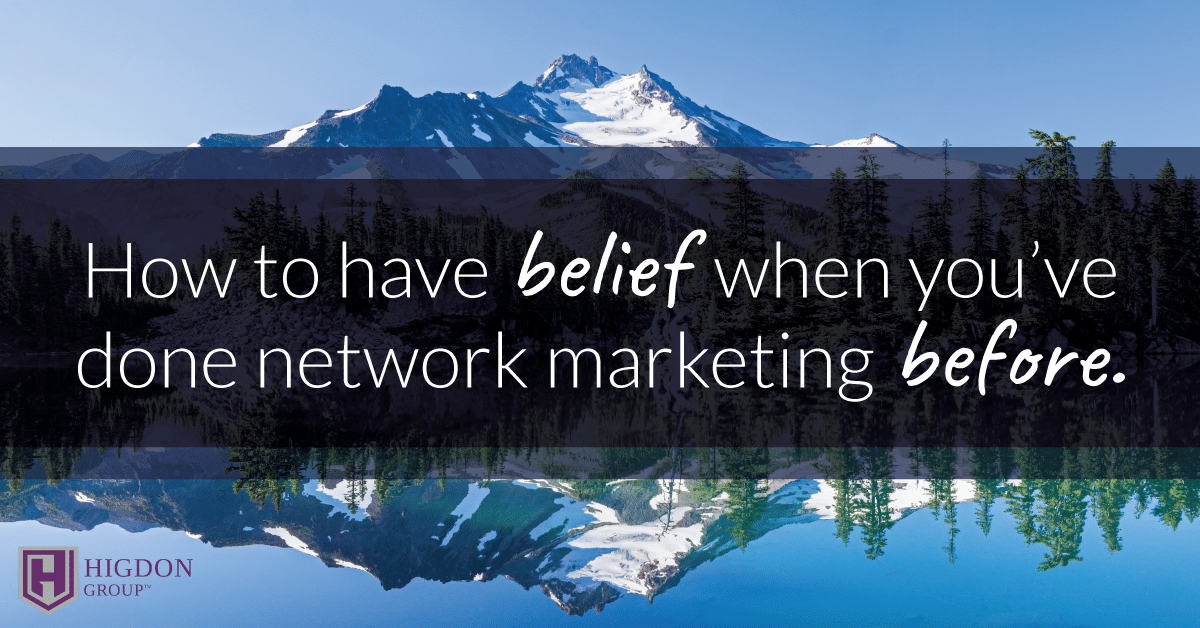 Have you failed in other network marketing companies before?

If you want to make it in network marketing and believe in yourself, here is my advice.

There’s a young lady in the land of Canada who had been in network marketing for 17 years in about a dozen companies. In 17 years she had made $3,000. Not a lot of money.

Now I can tell you with all of the different things, the conventions, the traveling, all of this different stuff, she probably didn’t actually make anything.

In 17 years she made $3,000. Probably a dozen different companies. She now is a million dollar earner. That’s my friend Amy Murphy out of Canada.

What if it took you 17 years or 18 years to become a million dollar earner?

Is that possible in other scenario in your life? What if?

My first network marketing company I joined, I went at it hard, I made a bunch of sales, had a lot of different weird issues with upline. I got to the point where I just said, “Screw it.” Then I joined another company. Did some sales with that, less than the first. Joined a third company, made less sales than the second. Joined another company, made less sales than that one. And then the last six didn’t make anything or hardly … Maybe 100 bucks. But in the 12th network marketing company became the number one income earner in that company.

Or my man Eric Newman, 15 years until he had his first thousand dollar month.

Do you think any of these people could’ve lost belief?  Of course they could have. But you know what they did instead? They did the work.

I can tell you that it’s rarely the MLMs fault.

And if it’s more than two it’s not the MLMs fault. You gotta do the work.

Stop requiring belief for you to do the work.

Because you’re gonna join 58 of them if you require belief before you do the work and you’re still not gonna get results. You have to do the work when you haven’t had results.

You have to do the work when you don’t feel like it.

You have to do the work when you don’t have a track record.

You have to do the work when you have all logic telling you to quit.

All logic telling you to quit, you have to do the damn work. So stop requiring belief. Do the work.

And I don’t know when you’re gonna have success. It might be your 18th, right?

But when you do, you’re gonna feel different. You’re gonna have a different feeling. There’s gonna be different chemicals flowing through your veins.

But you gotta do the damn work and stop requiring belief.

I didn’t care if they accepted, agreed with, approved of, thought I was cool, hip, or whatever. I didn’t care because I wanted the results and I knew I had to do the work to get the results.

Your level of belief has nothing to do with results. Nothing. Stop requiring it.

If you enjoyed this post about How to Have Belief When You’ve Been in Multiple MLM Businesses, retweet and comment please