How to Be Good At Sales Without Being Pushy 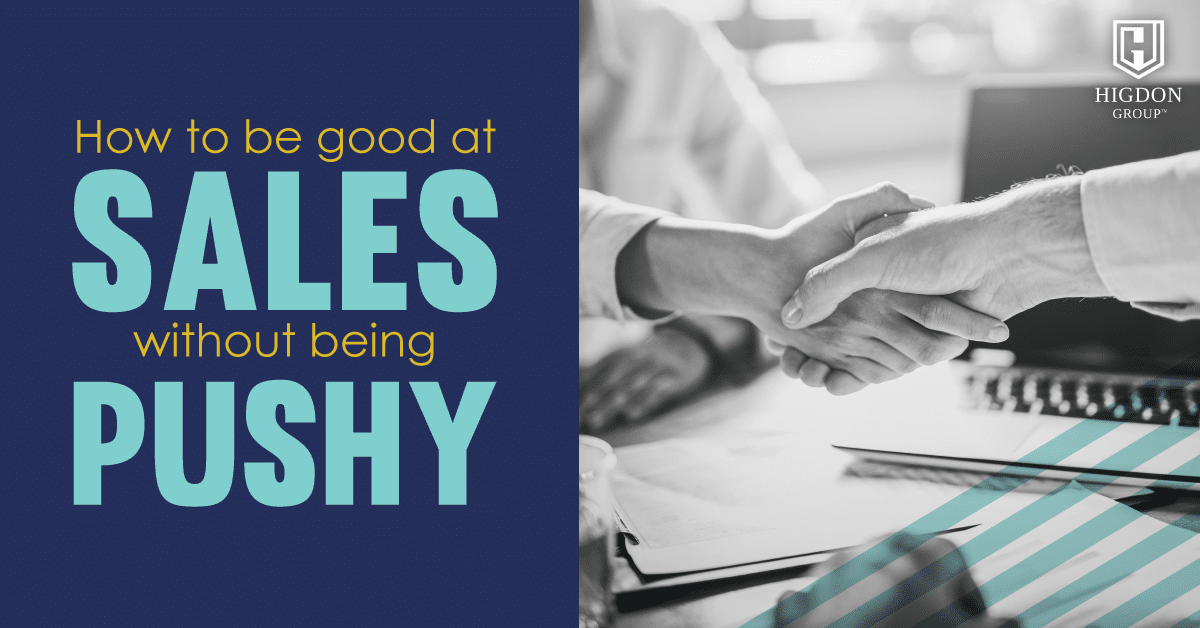 Are you pushy when selling your products or services?

Here’s my advice on how to be persuasive rather than convincing in your business.

How to Be Good At Sales Without Being Pushy

First of all, I highly suggest you embrace the idea that being pushy isn’t very effective. It’s just not effective.

So, let’s talk about the difference between persuasion and convincing, which is something I teach in Rank Makers.

Do you know the difference?

Persuasion is getting someone to do what they already want to do for their benefit.

Convincing is getting someone to do what you want them to do for your benefit.

So if someone says to me, “Ray, I got a brother-in-law, he hates network marketing. How do I turn him around and get him to do it?”

You’re basically asking, “How do we convince someone that doesn’t want to do what we want them to do?” That’s convincing.

It's not how do I sell you on me; it's why should I work with you?Tweet it

A lot of people they get that tangled up, they think they always need to sell everyone on something. It’s much better to just ask questions.

So the one thing I can’t talk about this topic without going over, is posture. Posture is the belief in what you have regardless of external acceptance or approval.

Most conversations start off like this. “Hello, how are you?” “I’m fine, and you?” And this person eventually says, “Hey, would you be open to taking a look at what it is that I’m doing to make some extra money on the side?” Or whatever your favorite question is.

The prospect then might start asking, “Is this one of those pyramid schemes? I don’t like these things.”

So, they’re being negative right away, and the networker is being persistent.

We suggest against this because this right here is being pushy, or convincing. You’re trying to get someone to do something that they don’t want to do for your benefit. You want them to do something, so you’re leaning in.

Instead of being persistent, you could say something like, “Yeah, you know, it’s not a fit for everybody. I like it but it may not be a fit for you. Do you know anyone that may want to make some extra money from home if we showed them how to do it?”

So after saying that, let’s say the prospect still says, “I don’t think I can do this.” Then what? Your first instinct would be to say, “Yeah, you can. It’s easy.” But, you don’t want to do that. That’s being pushy again and we don’t want to pushy.

Instead, you deflect. You tell a story or ask clarifying questions such as  “What is it that you think that you can’t do?”

They almost never give an answer that the company couldn’t help with.

If you get someone to watch a video, you’re in power. Whether they liked the video or not. I have recruited hundreds of people that hated my videos, but the videos isn’t where we stop.

So, ask more questions and find out what they’re looking for. You don’t want to be pushy.

If you enjoyed this post about How to Be Good At Sales Without Being Pushy, retweet and comment please