What You Will Hear on Your Way to Wealth 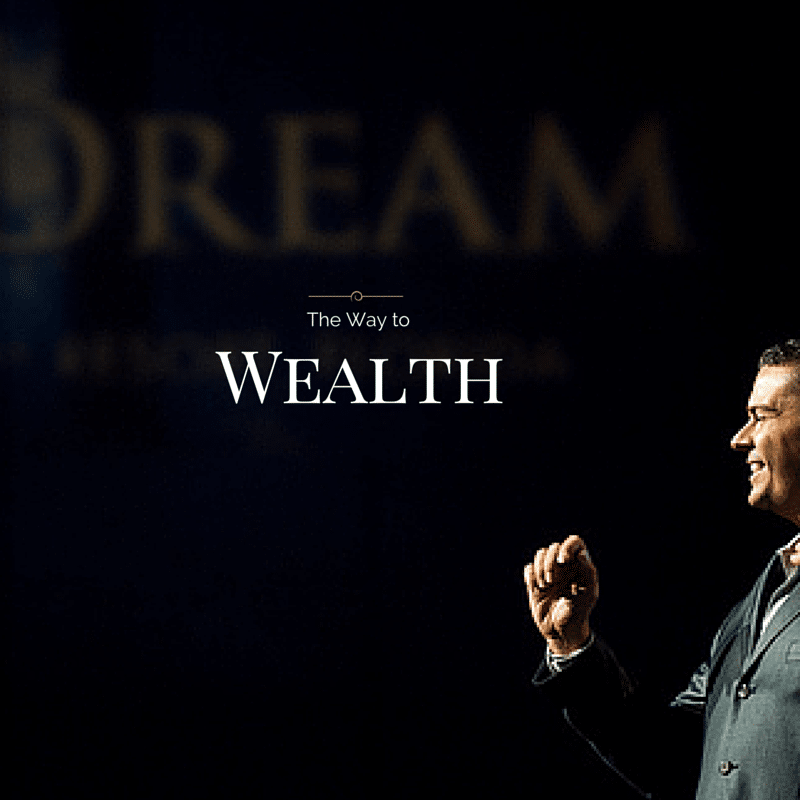 Wanna be an Entrepreneur? Start your own business? There are some things you WILL hear on your way to wealth, let me help you.

Don’t let these very common things slow or stop you, the path to success isn’t easy but it IS worth it!

“When you can’t understand the negativity, doubt, or lack of support directed at you just remember this. They are not looking at you…they are looking in the mirror. After that the true clarity of their self-doubt will emerge.”
― Carl Henegan (Click to Tweet)

“At first, some friends who are actually ‘unfriendly friends,’ would laugh at your faith in succeeding with your dream, because they would judge you based on your past failures and mistakes. But later on, they would become very jealous when they start to notice that you are succeeding in an extraordinary way, and continuously proving them wrong.”
― Edmond Mbiaka (Click to Tweet)

“You will face your greatest opposition when you are closest to your biggest miracle.”
— Shannon L. Alder (Click to Tweet)

“The best way to counter-attack a hater is to make it blatantly obvious that their attack has had no impact on you.”
– Timothy Ferris (Click to Tweet)

My Path to Success…

I remember when I was in my early 20’s I was buying toys and miscellaneous stuff at yard sales and in the clearance aisles of Wal-Mart and selling those items on Ebay for a profit. Most weeks I would spend several hours doing this and make a profit of MAYBE $75. I thought it was the coolest thing. I remember sharing what I did with some of my co-workers and once they heard how much time I spent on this they laughed at me and said good luck.

I also recall when I decided to leave corporate America. This was a much different scenario. I had worked my way up the ladder and was making a pretty good, above average salary, and I wanted to go and pursue my entrepreneur dreams. EVERYONE told me I was crazy, that I would be back within a year and that it would never work out. That was ten years ago. Guess what? I have since seen MANY of the people I used to work with still at that same job. Maybe they are happy there? They never seemed that way but maybe they are, I wasn’t…

The Truth about the Way to Wealth

“You in another one of those things?”

“Are you rich yet?” (always said with a snicker)

“Still trying to get rich?”

And here’s the reality…how dare they. How dare someone that is NOT willing to put their neck out to create something great in their life dare to put down or speak negatively to the person that puts themselves on the line to change their lives and the lives of their family.

Do you realize the sheer magnitude of math that will absolutely prevent most people from retiring with much more than food to live on? There is a reason 1-3% of people control the majority of all money, IT’S BECAUSE THEY PUT THEIR NECK OUT AT SOME POINT. No one in that 1-3% staying in a job they hated, they escaped and went on to build their dreams. Instead of pissing and moaning on how unfair life is, CHANGE IT!

But the haters, critics and skeptics will never do that. They will just throw as much verbal garbage at you and hope like hell you DON’T make it as it would shatter their twisted version of reality.

We have now had 90 minute webinars that made more than I made in an entire year at that job ten years ago (and again, it was an above average salary).

Yeah, I have had bumps along the way, no doubt. There have only been a hundred thousand times I wanted to quit and play small and stop being an entrepreneur, that feeling doesn’t go away, even with success.

My wife and I are building a legacy right now that will lay the foundation to take care of our grand-children. When you play big, that sort of stuff is possible.

Never accept the opinion of someone that ISN’T going to leave the type of legacy you strive for. YOU can create anything you want regardless of circumstances, obstacles or background so start today. Start today to put the blinders on and run toward your dreams. You are worthy and the world is waiting. We believe in you and excited to applaud you on your path to success!

“I Teach You the Marketing, Mindset and Sales Strategies to Make More Money and Follow Your Passion!”

If you enjoyed this post on What You Will Hear on Your Way to Wealth, retweet and comment please