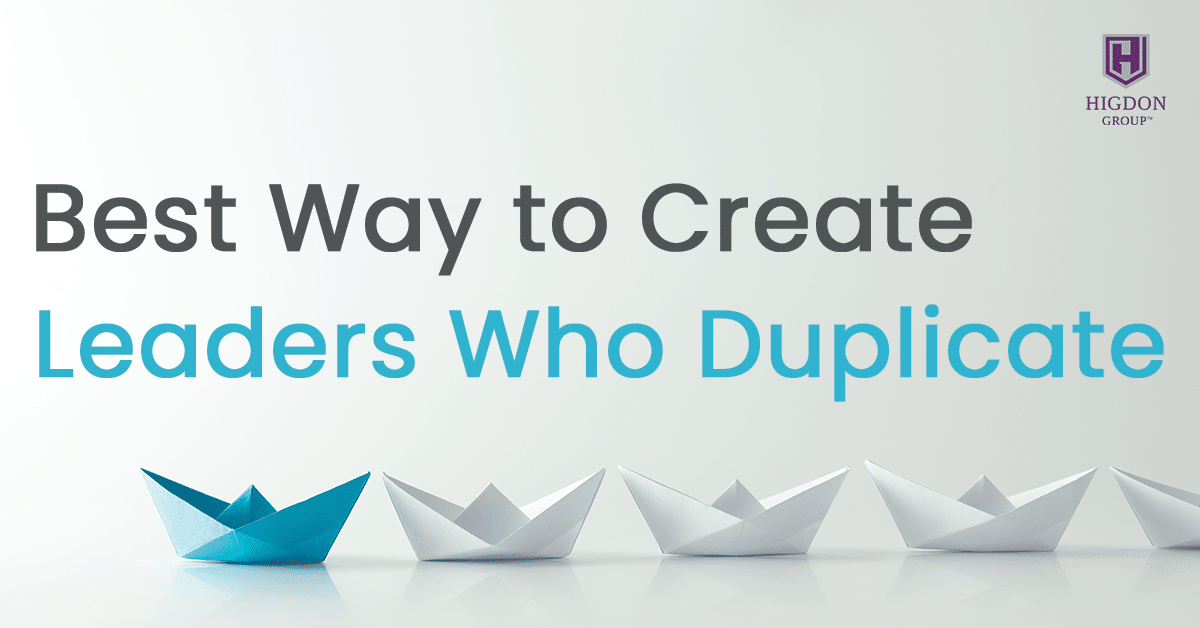 Trying to build a team of duplicating leaders?

Here’s the best way to create mlm leaders who will out preform you.

The best way to create leaders is, to be one.

What does that mean?

Is a leader someone who has the best motivational speeches and paints their face blue and yells, “Freedom,” a lot?

The best thing to create leaders is to be the example of one.

The example of one would be, do the work you wish they were doing.

What I didn’t do is I didn’t call people in my organization and say:

That’s not what I did.

Energetically, I showed up, and I said:

“Hey, here’s where I’m going. I’m gonna go there with or without you. I’d love to do it with you. If you wanna lock arms and make it happen, let’s do it, but I’m not gonna wait around. I’m here for you if you need me, but I’m gonna go bring some new blood into the organization.”

What I see very, very often is people get to whatever their minimum level of accepted accomplishment is.

The minimum level of accepted accomplishment.

For some people, their minimum level of accepted accomplishment is $100,000 a year. If they hit that, they’re like, “Yeah. That’s how we do it, babies, and we’re making it. We’re at six figures. Yeah, girl.”

At that point, they stop doing all the things that got them there, and they climb up in their lifeguard chair, and they say, “Hey, guys. Hey, you guys should go recruit. Hey, you should hit six figures, too.” They stop inspiring with their activity and how they show up energetically, and they start managing.

My buddy, Jeff Roberti, says, “Don’t sit at the table of success for too long because you’re either growing or you’re dying.”

Some people, they get their minimum level of accepted accomplishment, and then they sit at the table of success, and they’re like, “Yeah, aw, man, this is, ah, delicious. Woo.”

My suggestion to you is it should be very hard for anyone in your organization to out-recruit you, to bring in more customers than you.

I didn’t try to press upon what I wanted onto people who didn’t have that level of desire. I learned that from my man or Larry and Taylor Thompson. That’s where I learned culture from.

I wanted to create a fire that was so warm and inviting and just loving. A fire that people would stay around long enough to maybe catch a spark and say, “You know what? I wanna make this thing happen.”

I wanted to create a fire that was warm, inviting, people didn’t want to leave, like, “Man, this is so nice.”

Create a fire that will keep people around the campfire, and every once in a while, they might catch a spark.

Have a great culture that encourages people at whatever level of desired results that they’re at and keeps them around the campfire.

You doing the work, you doing the work that you wish upon a star that they would do, so you bring in new blood into the organization, you bringing in new customers, you bringing new reps, you showing up to all the company events. Whether you like it or not, that’s part of your role as a leader, part of your role. Your business is not selling a fast start kit or selling a bottle or selling a burger. Your job, your business is tools and events, tools and events.

The best thing you can do for your team, is recruit a new one.

If you enjoyed this post about Best Way to Create MLM Leaders Who Duplicate, retweet and comment please