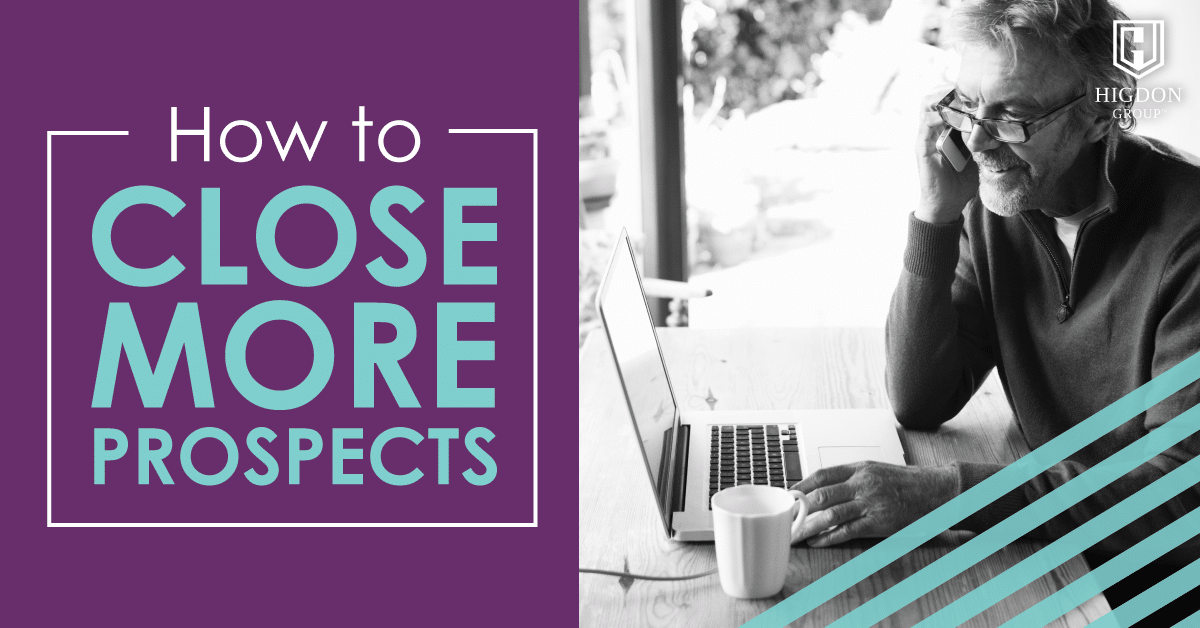 Are you wondering how to close more prospects effectively and successfully?

In today’s training I’m sharing how to position a prospect and the best ways to follow up.

To properly cover closing, I need to share with you the concept of Positioning.

This is how I would reach out to them – “Hey, there. I see you’re in Topeka, Kansas. I know we don’t know each other. I’m looking to expand my business there. Would you be able to take a look at what it is that I’m doing?”

Then they might say, “Well, what is it?” and I respond back with, “Well, you know what? It’s a way to make money on social media and make money from home. I have a video that does a much better job than I could possibly explain, and so I’m happy to send it to you if you’re open to taking a look at it. If not, no worries.”

The further up the prospecting ladder they go, the easier it will be to close.

After they are open to watching the video, to follow up I would say, “Hey, how soon can you watch the video?” and if they give a specific time, say “2:15pm”, I would respond back with “Well, I’m pretty busy, but I can follow up with you at 2:45.” So then I follow up, and if they watched the video, then they move to Position 2. If not, they are still at Position 1.

Amateurs in network marketing try to collapse the sales cycle. They try to skip steps and don’t position people. Sometimes they will go up to strangers and prospect them, but they are at Position zero. And you should not be closing anyone at Position zero because it’s rare you will actually close. So you need to get them to take a couple of steps first.

If you try to prospect a Position zero person, it’s basically considered spam. And what is spam? Spam is assuming the position of the prospect without any evidence. Or, skipping steps to try to close.

Now, I’m not saying spam never works. Not saying that. But mathematically, the odds are against you. You don’t know if the prospect is open to your product or not. So positioning a prospect first allows you to know their interest, and allows them to get to know you better before buying.

So, back to positioning. Let’s say I follow up after sending the video and ask if they watched it. If the response is no, I would recommend responding with something like, “All right, well, no problem. I just want to let you know I have to prioritize my time. I have a bunch of people that did watch the video, so I have to follow up with them. I hope you understand. But I can reach out to you in the next couple of weeks.”

Responding this way helps the prospect understand that they are not the prize. But rather my product is a prize for them.

So, what if then the prospect says, “Wait, wait. Wait, I’ll watch it tonight.” Then I usually will say, “Well, you already Charlie Browned me once. Are you actually going to watch it? If you can’t watch it, it’s totally cool, but I have to follow up with people that already watched.”

This shows value in what you are offering because “other people” already watched the video. Likely, the prospect will respond with “Wait wait, I will watch it tonight. I swear”

So if they respond with the fact that they didn’t watch it yet, show your busy-ness and have them feel like they are missing out. But what do you say if they did watch the video?

Well, if they did like the video, then I like to ask, “What did you like about what you saw?” Then, if they actually watched, they will tell you what they liked about the video and what stood out to them.

In response, I typically say, “Well, why is that important to you? How come that’s cool? What made you so excited about that?”

I’m going to ask clarifying questions to anchor the prospect into the purchase, and then I’m going to say, after hearing plenty of information, “Wow, sounds to me like you’re ready to join.” If I’m on the phone, I pause. I don’t say anything next, he talks next. I don’t care how long it takes. I’ll put it on mute. I’ll eat a sandwich. I’ll take a shower. I’ll go walk around the neighborhood.

But the prospect is talking next 100% of the time.

What if they respond back with, “Wait wait wait, I’m not ready to join!”, then I’ll say, “Cool. Hey, no problem. It’s just when people say exactly what you just said, they typically join.”

With that response, I’m making it awkward for the prospect. I’m purposely making it sound like they are the odd one out. And most times, they will say “You’re right, get me in there.”

Now, the last example is what if the prospect watches the video, you ask how they liked it, and they respond back with, “I thought it sucked. I thought it was the worst video of all time.”

Then I will say, “Well, what were you hoping to see?”

And nobody will respond with anything outlandish. Typically, almost 100% of the time, someone will respond back with a takeaway for me. I’ve never had anyone give me some unreasonable, crazy thing that they were hoping to see.

In response to them, I’ll say, “You know what? You may have missed it in the video, but my friend Janine builds this business part-time. My friend Laura, she actually does this as a single mom. My friend Harry, he does it as a single dude.” So whatever they were hoping to see, it’s important to fulfill that need the prospect is looking for.

I’m going to start giving them examples that fulfill what it is that they told me they were looking for.

I have recruited hundreds of people that hated the video, hated it. It’s not about the video they watch. It’s how you handle the response. It’s how you hold your posture, how you position the prospect, and how you respond. That’s what dictates whether you’re a good closer or not.