Avoid Doing These Things When Closing a Prospect 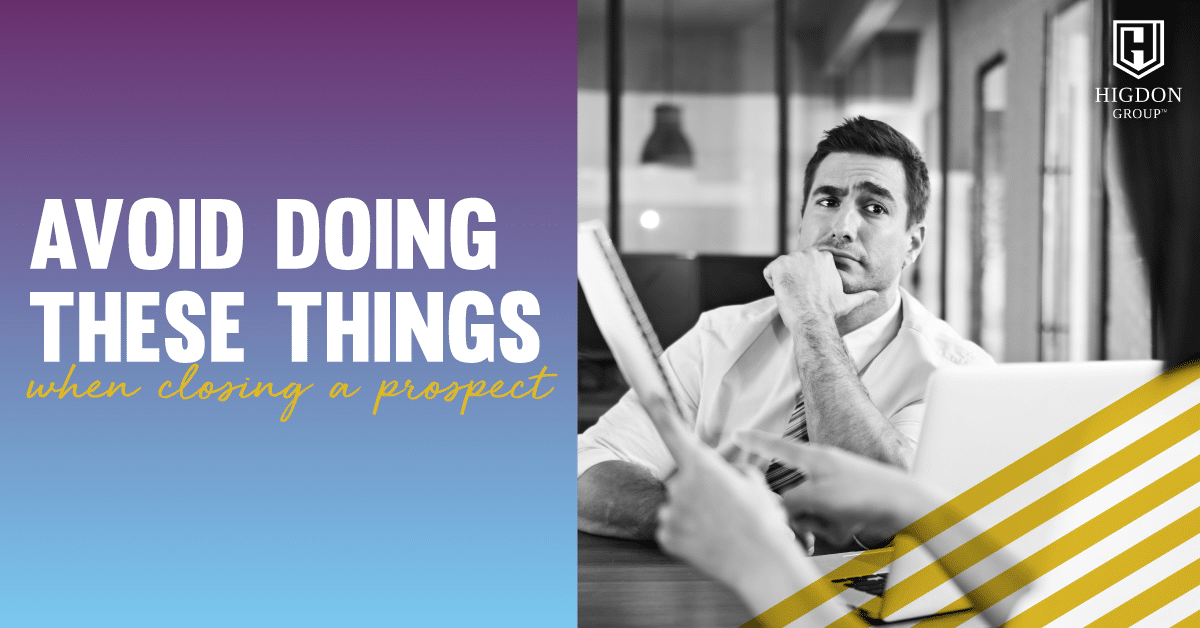 Are you doing any of these things when closing a prospect?

Today we’re sharing what NOT to do when closing a prospect, and a couple of helpful tips along the way.

Avoid Doing These Things When Closing a Prospect

Have some good old fashioned conversation.

This is a big tip but it’s a little tweak. I see a lot of people trying to be more professional, trying to not screw up their messages.

But really, they should be themselves otherwise it sounds silly. So if you sound like a robot in your messages and you’re not using contractions, like I am, use I’m.

If it’s not how you talk in real life, don’t put it in your messages. It sounds really weird, and it makes people run for the hills when you sound robotic.

Use contractions. Use slang. Be yourself.

It sounds really weird, and it makes people run for the hills when you sound robotic. Use contractions. Use slang. Be yourself.Tweet it

You know this. We always teach this.

BUT also don’t be afraid to ask for a phone number and take your conversation offline if you’re looking to build some type of business relationship with them. If you’re about to bring on someone who wants to build a business, they want to know that you’re serious and that you’re going to lock arms with them. So, they want to know that they’re going to be able to talk to you and get a hold of you.

So don’t be afraid to ask for someone’s phone number and start to build that trust, but certainly don’t convince anyone to “join you”.

Don’t forget to have fun!

And you were so frustrated and annoyed that you couldn’t sign anybody up? It’s happened to the best of us, right?

That happens because we all tend to take ourselves too seriously and only focus on making the sale.

Which isn’t necessarily a bad thing, but it can come off as desperation to your prospect, and they will be able to sense it.

So don’t forget to have fun in everything and just treat it like, “this is a journey, not a destination”.

And that’s it! Pretty simple, huh?

You’ve got to go out there and make it happen.

Belief does not sit on the couch and wait for success to show up. Tweet it

If you are not sure what to say, when to say it, and how to say it when you need to turn a prospect into a brand new sign up… My Closing Blueprint might be exactly what you need.

Click Here To Get The “If This Then That” Closing Blueprint