What to Do..If your Affirmations aren’t Working 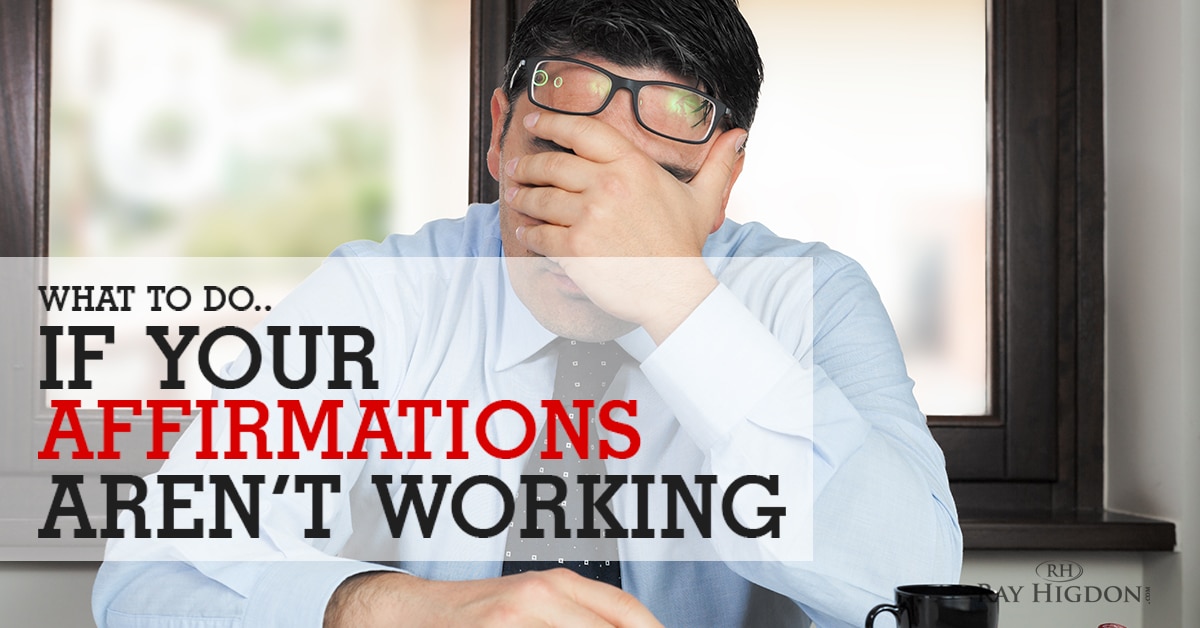 We have all heard about the power of affirmations but what should you do if they just aren’t working?

Today is a guest post from our friend Noah St. John, this might really help you and those you know change your thoughts about affirmations.

Our biggest event of the year is September 16-18th and we are calling it the Prospecting and Recruiting Summit. This event will share with you how to better prospect and recruit more people into your network marketing team using social media as well as all other forms of prospecting and recruiting. We have not announced the full details of the speakers just yet but they already include recruiting machines such as Brian Carruthers, Cedrick Harris, Amani Zein, Jessica Higdon, John Melton, Diane Hochman and more. It is being held at the Sanibel Harbor Resort in Ft Myers, Florida. We start at 9am on Friday and end at 4pm on Sunday. Hope to see you there! To grab your tickets, CLICK HERE

A few years ago a friend handing me a book by Noah St. John which I devoured and it truly helped me change my mindset. Since then he has spoken at events of mine and we have been close friends for years. His teaching on mindset is second to none and I highly suggest you share this around and take his advice seriously!

EXACTLY What to do if your Affirmations Aren’t Working by Noah St. John

Do you remember that Saturday Night Live skit where Stuart Smalley would repeat over and over: “I’m good enough, I’m smart enough, and gosh darn it, people like me”?

Have you ever read a personal growth book that told you to use positive statements or “affirmations” to get the things you want? You know, statements like…

“I am rich and successful.”

“I am happy, healthy and wealthy.”

Back in 1997, I was a 28-year-old college student who’d been using “affirmations” for years, just like the books told me to. There was just one teensy little problem…

I wasn’t rich or successful. I was broke.

I wasn’t happy or wealthy. I was miserable.

And no matter how many times I repeated, “I’m good enough,” I never believed it.

Then one morning in April 1997, I had an epiphany in the shower (in my Afformations® Solution programs, I call it “The Shower That Changed Everything”).

Our Brains Are Wired to Answer Questions

When you say an “affirmation” that you don’t believe, what’s your first response?

“I am rich and successful.” Yeah, right!

“I am good enough.” I don’t believe you!

And what do all those books and “gurus” tell us to do? They basically tell us: “Well, if you don’t believe your statement, just keep repeating it over and over and over again, until you believe it!”

Now for some people, that method has worked just fine.

But for millions and millions of people, it hasn’t worked at all.

That’s why, on that fateful morning in 1997, I realized that not only is the human mind wired to search for answers to questions – it happens automatically, even if you’re not trying to do it.

For example, let me ask you a question:

Why is the sky blue?

Do you know what just happened in your brain?

Exactly! Your brain is searching for the answer to the question!

Even if you don’t know the answer, your mind is automatically searching for the answer.

And that’s when I had my epiphany – because I asked myself a simple question:

Rather than saying statements we don’t believe, why don’t we ask a question that assumes that what we want is already true?

For example, instead of saying “I am rich,” what if you were to ask yourself, “Why am I so rich?”

When you do this, your brain automatically searches for the answer. For instance, my coaching clients who I’ve done this exercise with, will often say things like:

Well, I can afford water, shelter, and food…

I have my health and my family…

I have a steady paycheck…

Gee, maybe I AM rich.

Instead of trying to force yourself to believe a statement – which you may or may not believe – now your brain is looking for all the reasons why you ARE, in fact, rich.

And that means that this is a far more effective and empowering method to attract positive things into your life.

And that’s why I named this method The Afformations® Solution.

Why This Changes Everything

After I started using Afformations instead of “affirmations”, my life transformed before my eyes…

Rather than wishing things would change, I began to make them change.

Rather than trying to convince myself I was good enough, I finally believed it.

I started my first online business in my college dorm room in 1997 (my company is actually 7 months older than Google!). 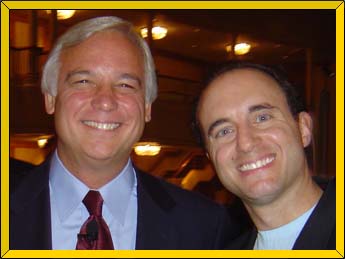 Then I met Jack Canfield, who recommended me to his Chicken Soup for the Soul publisher, who in turn published my first book, Permission to Succeed®.

Then I got my first 6-figure book deal (the first figure was NOT a 1), and have so far written 12 books that have been translated into a dozen languages.

I met the love of my life, a gorgeous blonde named Babette.

I had my first 5-figure month from online sales…then my first 6-figure month… then before I knew it, a 7-figure business.

I became a best-selling author and got invited to speak around the world to cheering crowds of thousands of people.

And today, I have a life that’s more fulfilling and happy than anything I could have dreamed of back then.

So if “affirmations” aren’t working for you, I want you to know that it’s not your fault.

You’ve simply been told to do something that your brain might not be wired to do.

I invite you to give it a try – and see how your life changes as a result.

If you’d like to learn more from Noah and how he teaches entrepreneurs to get over their mindset issues and create breakthroughs in their life, check out his his brand new course called the Afformation Solution.

If you enjoyed this post on What to Do..If your Affirmations aren’t Working, retweet and comment please