A Detailed Plan When Joining A New MLM Company 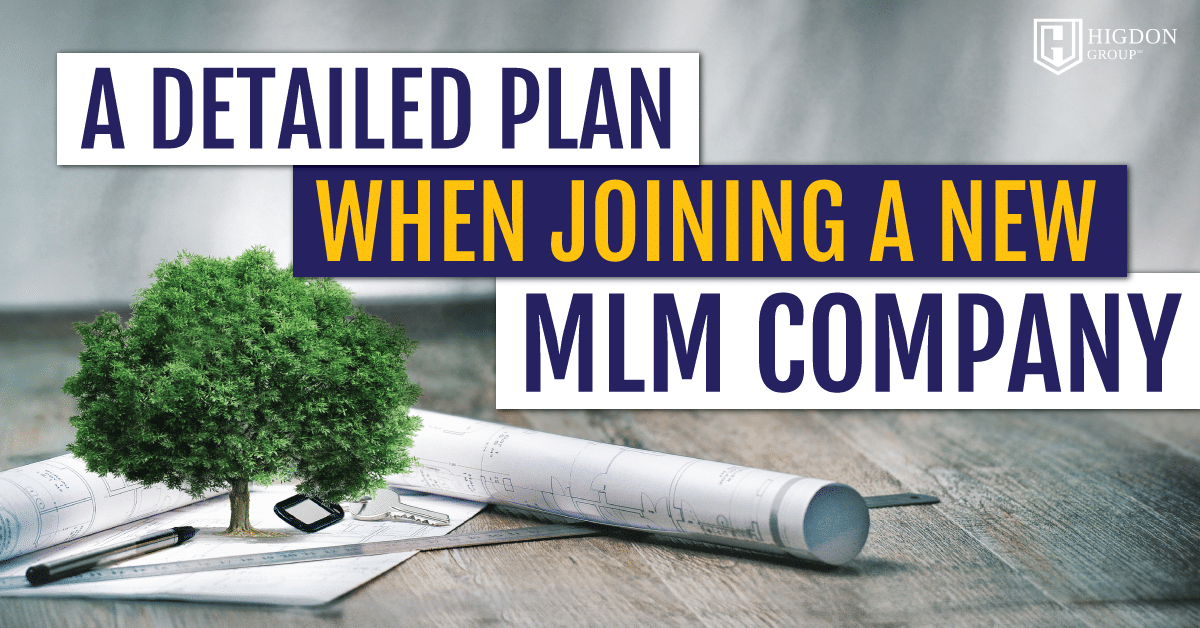 New to a MLM company and want to crush it?

A Detailed Plan When Joining A New MLM Company

Let me tell you a little story about how I made it when I joined a new company.

I was in foreclosure, dead broke, and a million dollars in debt. I was being chased by bill collectors. I’ve had been divorced and my girlfriend that I was dating at the time was paying my utility bills. She was working at the makeup counter and I’m happy to say she is now my beautiful wife. She stuck with me when things were very tough.

So, I was million dollars in debt, behind on all bills, in personal foreclosure, being chased by bill collectors. Before I left the house, I literally looked out the blinds to see if anyone is waiting out there with a clipboard to give me a signed stuff and serve me papers.

So, here I was and I joined a network marketing company and I’m like, “You know what? I got nothing else going for me. I literally have nothing in my life that is making money. Nothing in my life makes sense. I’m going to make this damn thing work.”

I embraced the word until. I’m going to do the damn work until I create success.

Literally, I could have walked down the street in a Tyrannosaurus Rex trying to chomp me, I’m going to duke it out. And I’m going to go prospect somebody. Doesn’t matter.

A plane could have crashed right in front of me, I’m blown back and after I dust myself off, I’m going to go prospect somebody. I’m going to make it happen.

My Journey To Becoming A Top Earner

I found that life becomes what you make of it and if you’re looking for excuses on why to quit, you’ll find them.

You’ll find them every time.

Before I can even say anything, he goes, “Well, how am I supposed to build this business with no business cards?”

That’s how most network marketers are. That’s how a lot of entrepreneurs are. They’re little baby bears that are waiting for what’s the next excuse of why they won’t create success.

I didn’t have business cards for 10 years because nobody follows up. I grab their business card. And, I put it in my pocket because I follow up. They don’t. Nobody does. People ask me for a business card, they still won’t follow up with you.

So, if you’re in a new network marketing company, let me give you a heads up.

You’re going to have:

Your baby bears are going to quit.

They’re going to say, “Well, I need to perfect. I need everything to be perfect and all inventory to be available at all times.”

All of them, every one of them.

So, the baby bears are going to leave. They’re just going to paddle away and they’ll go look for another baby bear destination where they’ll quit that too. They’ll find some reason.

Then they’ll get there and they’ll say, “Well, geez, all the top earners have been in it for a long time. It’s saturated. ” They’re going to come up with some other bullshit excuse on why they can’t create success over there. So, they’ll leave. They’ll paddle. They’ll be on a little piece of plywood just paddle away from a new MLM.

If You Stick It Out

So, in the beginning there might be software problems, comp plan problems, inventory problems, no marketing materials, bad presentations, sample packs are totally screwed.

Get to 30 – 100 million dollars, negativity is going to hit you. It could be a press release or the media.  It’s going to be something negative though and then you get to the 250 million plus.

So, at 250 million plus, something really fun happens. Now if you are the gladiator, you’re the badass that came in here.

You make passes because you’re a gladiator…

Then you’re going to get to this stage, and guess what’s awesome about this stage? This is great. This is so fun. You know what people are going to say? You ready for this? The baby bears are going to say, “Oh, you’re so lucky. You got in early.”

They’ll say, “Oh you’re so lucky. Oh you found a network that was new. Oh if only I had gotten in when it was new.”

You can say with 100% certainty, I probably say it in my head though, “No, you don’t because you would have quit.”

So, you’re either a gladiator and you’re going to make a pass all this crap and then get to enjoy the musings of the baby bear years from now that said, “I wished I had gotten in when it was new.”

You do the work, you know there’s going to be obstacles, period, end of story. That’s what’s going to happen whether it’s new or not.

If you enjoyed this post about A Detailed Plan When Joining A New MLM Company, retweet and comment please