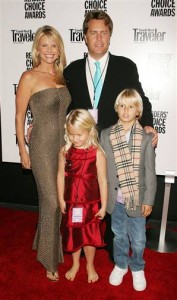 Can you guess what the number 77 million represents? If you guessed the number of social media guru’s online right now, well, you may be right but that is NOT what I was aiming for. 77 million represents the number of Americans born between the years 1946 to 1964 or better known as, the baby boomers. If you are trying to build a serious income with your network marketing business opportunity, I am going to explain why you are really missing out if your sole focus is based on online mlm recruiting and why you should not dismiss the needs of this large buying group.

A few months back, I was on stage with a few of my close marketing friends and we were interviewing Mike Dillard, who is the grandfather (at age 33) of online MLM recruiting. One of us asked him the question regarding offline marketing and what he thinks about it. His answer may shock you. The attraction marketing kingpin said that it would be crazy to not look at offline methods of building your business with the amount of baby boomers out there looking to make extra money. In fact, he said his parents would rather “Shoot themselves than learn pay per click”…wow, this coming from the guy that revolutionized all there is to know about recruiting using the Internet.

Baby Boomers Want Ease of Use

This article in USA Today is an article that every single marketer on the planet should take seriously. It is popular in network marketing to focus on the young and hungry but those 50+ have the largest networks, the highest net worth and still have some life in them, lol. Do not ignore the boomers by solely going after the uber social media young’uns that probably are not as focused and typically struggle with recruiting their warm market. 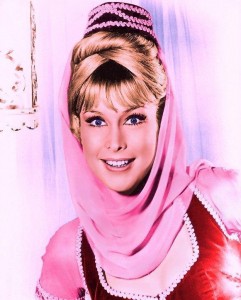 In Fact, if I had a Jeannie (Genie)

If I had access to a magic wand, or a genie, this would be the perfect profile of who I would want to help build their network marketing business opportunity.

They would be between the ages of 35-65. They would either never had participated in a network marketing business opportunity or if they had, it was years and years ago. They would be financially stable but hungry about living a fun, abundant life. They would either be a professional or had been involved as a professional. I like working with people who have either worked their ways to large incomes in corporate America or have owned their own business. The reason is by the time they have gone through that, they appreciate the power of a homebased business a whole lot more. I cannot tell you how many baby boomer professionals that see network marketing for the first time and are blown away that they didn’t understand it earlier.

The power of owning their business without it owning them and not being afraid of downsizing, outsourcing or losing their family due to being overworked are all concepts they readily get.

Just remember, like Mike Dillard says, Most baby boomers would rather kill themselves then learn pay per click, but, they have juicy, untapped warm markets that, if properly trained to do so, would also like to earn passive income and own a low risk business.

PS: You can get updates like this and others by entering your name and email in the top right box of my site.

PSS: If Your Upline Does Not Have a Step-By-Step Blueprint For Success, Check This Out (Unless You Already Have Too Many Leads) – Click Here For Instant Access