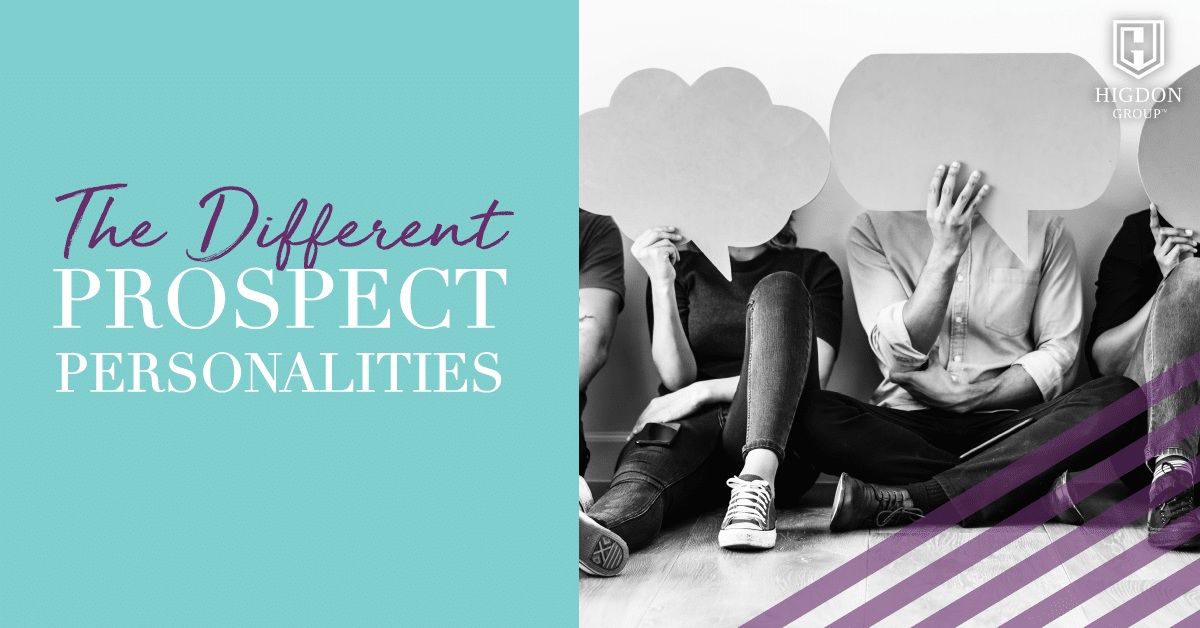 Prospecting is an interesting game because of the many different types of people out there in the world.

Today I’m sharing how I differentiate between different prospect personalities, and the best way to communicate with each.

In networking marketing, you will inevitably deal with various types of personalities. And although there are so many complicated ways of categorizing people into different personalities or ways of working, I like to do it simply.

So let’s dive into these different personalities.

Red’s are drivers, goal-oriented, not afraid of conflict, gets stuff done, and they make it happen. They usually don’t want to know any of the details, instead they ask “What do I need to do to succeed?”

In order to get reds fired up and working to their full potential, something I might say is”Hey, listen, there’s a new Ferrari bonus, right?”. Or some type of incentive for their work. I know how to get them revved up. However if I say that to any other prospect personality type, they will not respond the same.

Blue, that’s the partier. they’re never on time. They’re the only color that really celebrates their color. So when you explain blue, and you say, “Who’s a blue?”, they’re like, “Yeah!” Because they love to party, they love fun. Blue’s will typically ask “Are we going to have fun?”.

So when dealing with a blue personality, I might say, “Come to the convention, because there’s an amazing party!” in order to entice them in.

Green’s are those who love analytics, numbers. These are people that love spreadsheets. They love to learn as much as humanly possible. They will learn everything they possibly can, and not stop. And greens will typically say, “I want to know everything. What are the ducks guts?”

Breaking Down the Personalities

The red might be thinking, “Oh, God, there they go again. Wanting to know all the details, you know, ‘Tell me what time it is. You don’t need to build me a watch.'”

The red is usually seeing the green as someone that’s slowing them down. But greens typically are more educated and have more information compared to a red.

Aa red will often just be like, “Ah, yeah, whatever. Get out of here, man. If you’re not ready to do it, then get the hell out of here.” Because they’re not educated, right? They don’t understand. I’m not saying reds aren’t educated, but an uneducated, a non-honed red, will just skip right over someone who would be very good. So the greens don’t make fast decisions, which is what reds are all about. They’re like, “Move, baby, move. Let’s go!”

On the other hand, greens will not make fast decisions, but they’re very loyal. They will do the research, and they will take their time, but when they join something, they stick. Greens last forever.

They will stay on your team, even when, maybe they shouldn’t. Very loyal. Just because they don’t make fast decisions, don’t hold that against them. But they can get a decent-sized team of just people that just know they’re green, and do the research. And so, if I am talking to someone who needs the ducks guts, I say, “Absolutely. Do as much research as you need to do, and hey, whether that takes a month or two, that’s totally fine. We have lots of videos online.” And see, a green has discernment.

So they can read someone bashing your company online, and say, “Hmm. I’m not sure if that’s true. Let me go do more research.” Whereas a blue or yellow is like, “Oh, my God! Someone is bashing the company! Oh, what do I do?” And they just fall over. So each personality type is so different.

When I talk to a green, I say, “Hey, listen. We got about 100 videos online. I would go through each and every one of them. It may take you a month or two, but it’s totally worth it. I think you’re going to like it. But let’s make sure that it’s a fit for you.”

Communicating with the Personalities

It’s not important for you to just know what color you are. It’s important to also know how to communicate with these colors. That’s what’s really important.

So I would never go to a red, and say, “Okay. Here’s the 37-point checklist of what needs to happen here, and we have a two-hour training on what…” They’re going to be like, “Dude, just unleash me, man. Let me off the chain. Let me go make it happen.”

The blues? They want to have fun. If you ain’t having fun, they ain’t coming. And by the way, if they do come, they’re going to be late. They’re 100% always late.

Yellows want to know – who are we impacting? What’s the mission? They’re looking for a, “How do we help others?” Sometimes to their own detriment. Sometimes they’re more of a martyr. But how you speak their language is how to impact others.

Greens, they want those details. You go to a green and say, “You could make $10,000 a month in no time,” they’re going to shut you down. But if you go to them and say, “Hey, it may take you a little bit, but you could get up to 100 bucks a month residually,” and that’s pretty powerful.

So learning these different personality types and figuring out how to best communicate with each will make you so much more successful when prospecting.