When it comes to social media live streaming you will want to use this feature as a way to spread content to your audience that is already aware of who you are. 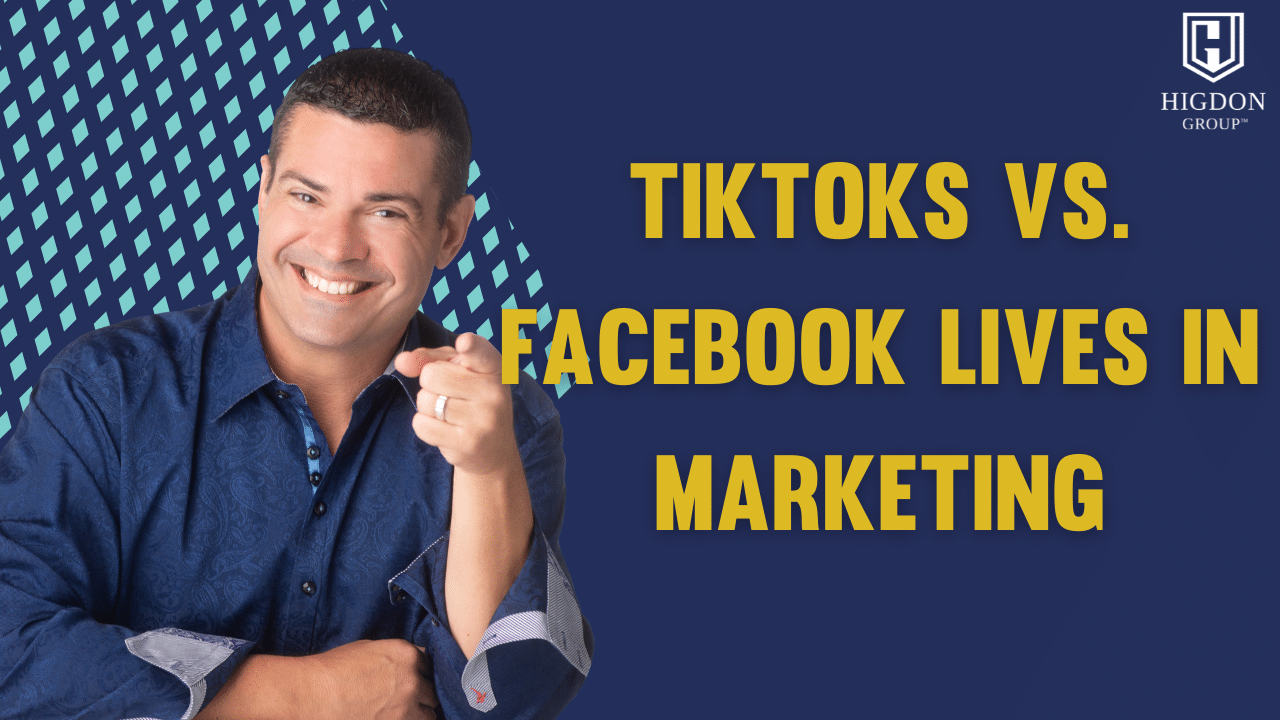 Jessica asks what the popularity of Reels, shorts, and TikToks, what are your thoughts on Facebook lives? So I don’t know, Jessica, if you got our new course called The One Minute Influencer, but here’s the new realm of the marketing hierarchy. Short video, which is not short. I’m not calling shorts or stories. Okay, stories. I think you meant to say stories, I think, but so, at the top of the marketing hierarchy are Instagram Reels and TikToks. And that’s like which one do you prefer, kind of thing, but why not do both? Why not do both? They’re at the top, why? For a couple of reasons, number one, it’s the lowest ask of a person that doesn’t know you to consume some of your content and get to know you. It’s the lowest ask. No one scrolls Tik TOK or Instagram Reels, and says, “Before I watch this 20 second video, let me see who this person is”, but they do that with your 10 minute, 20 minute Facebook lives.

Now there’s still a purpose for those, still a purpose, and I’ll get to that. So at the top, if you can picture a hierarchy, the very top is your short videos, Instagram Reels and TikToks. I prefer Instagram Reels, but why wouldn’t you do both, right? Just doesn’t make any sense. So number one, the lowest of a stranger to get to know you and to consume some of your content. Number two, they have a different algorithm.

So Facebook, when you post something, Facebook will show it to a very tiny section of the people that know you and are following you. And if it does well, they’ll show it to a few more, but they’ll never show it to a 100%. It just never, ever happens, ever. TikToK who originated this new algorithm, they take your content and they say, “Hey, who might like this?” Whether they know you or not, they really don’t care how many followers you have, which is amazing, especially for new marketers, right?

And so, they’ll show it to a subsection of people that they think may like it, whether they know you or not, whether they follow you or not. If it does well, they open it up. If it does well again, they take the ceiling off. And this is why we have quite a few students with not huge followings that have million view videos. And the fact that unlike Facebook lives, these TikToks and these Reels get recycled. And so, I still get comments on TikToks and Reels that are months and months old, right? So that’s very, very key. Those are two very, very key things there. And so, they’re at the top of the hierarchy.

Now, stories what you need to understand about stories, is stories as like what you post on your refrigerator. Who sees what’s on your refrigerator, right? Strangers? I mean, hopefully not, right? That’d be weird, creepy, right? Only friends and family, people that like you, that come by the house, they see what’s in your stories. So people think that stories are being shown to strangers, they’re not strangers unless they accidentally trip and fall and it just so happens to swipe your story.

Maybe they see it, but strangers aren’t seeing it. So you have a capacity problem there. So only so many people are ever going to see your stories. If you a big following, obviously that can be fine, but strangers are just not seeing that, just not happening. And so, stories do not exist on the same marketing level as TikToks and Instagram Reels.

What happens though, is if someone likes your TikToks or Instagram Reels, because you’ve gotten it in front of a lot of strangers and people that are seeing you for the first time and it resonates with them, then they will do one of two things. They’ll either connect with you and say, “Hey, I really like that video”. And you can start the prospecting process or they’ll hunt for more information from you. They’ll say, “Hey, I really like what he’s doing here or she’s doing here. I wonder if they have anything more in depth”.

So they may search for you. They may check out your other accounts. And so, if they’re wanting longer content, that exists in YouTube and it exists in Facebook lives, mainly. There’s other things, IGTV, right? Some people like IGTV, and I do that every once in a while, but they’re going to look for more content from you.

And so, you just got to think about that, but with someone that watched and liked your Instagram Reels and TikToks get on there? Very, very possible. Now YouTube is a different animal because it’s a search engine. So people go and whether you’re a millennial, whether you’re a gen whatever, L, M, N, O, P, everyone [inaudible]. And so if you’re going to learn things, then you’re actually searching for the content that you’re looking for. And you’ll watch a 10 minute video. You’ll watching a 20 minute video.

And so, I’m good friends with Evan Carmichael. And we were chatting this weekend, last week. And this guy has got 450 million views on YouTube. He’s a beast and there’s still plenty of people that are learning things from YouTube. So it still is extremely valid.

And I’ll tell you a network marketing hack. So I know Sarah knows this one, but a network marketing hack is, although I would suggest limiting the use of your company name on Facebook and Instagram, et cetera, you can smack it in your stories from time to time because all your neighbors, friends, and family are seeing that anyway. But I not a big fan of posting it all over your profile because all you do is either turn people off or make them their own independent researcher, right? And so, it’s like an independent fact checker, right? We know how accurate they are. And no, just kidding fact-checkers. They’re going to mark this false now.

But you make them independent researchers and what shows up in Google when you search literally anything? Negativity, right? And so, I don’t want you to blow it by people seeing your Facebook live about your company, and then they go Google it and they find out that some blogger in North Dakota that sells a competing product, says it’s killing hamsters or something. And so, why blow it? Why lose the opportunity of who is ever interested? But YouTube is a little different.

So I’m going to give you a very conservative guess here, but I would guess that 90% of people in your company have absolutely no idea how to market. So if you have 100,000 people in your company, 90,000 of them have absolutely no idea how to market. So what do they do? They do what people that don’t know how to market do. And they just post what it is. Okay. Here’s what it is. It’s CBD. You get your CBD here. Or ketones, get your ketones here. Best ketones in town, hotketones.com, right?

And so, they just pitch what it is, not what it does. They just say, “Join my thing or sign up here”, not, “Here’s curiosity or here’s a traction or here’s education”. So they just lay it on the table and say, “Marry me”. And so what happens is these poor, unfortunate, non-educated marketers are driving people to YouTube, right? They’re driving them to

YouTube. And say in the mere chance that the 90% of people in your company have someone that sees their posts, right? They’re not going to sign up ever, no one ever clicks a link on Facebook and just signs up, right? It just doesn’t happen, but they may research it. Well, when they research it, I want them finding your video. So on YouTube, you can use the company name, right? Because if someone’s searching for that company name because some knucklehead posted it on their Facebook, then I want them to find your video and they find out why they should work with you.